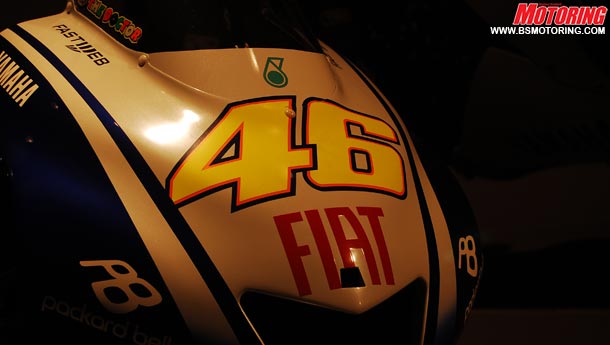 The first day of my first-ever Auto Expo has been pretty interesting. Forced to make a choice between a cold shower and a hot breakfast for fear of missing the Harley-Davidson press conference, I chose the former and streaked across the city to the venue. Er, that didn't sound right, did it? Anyway, as soon as I ran through Gate No 5 of Pragati Maidan, I nearly pulled the two-legged equivalent of a stoppie. The place appeared like a maze the size of a small town and I had neither the benefit of familiarity nor the patience for a map. I kept goin' like an arrow in the dark until after 10 minutes, I stumbled into a dark Yamaha pavilion, while wondering why the Yamaha brand ambassador's fifteen-foot mug shot outside looked so pained. Or did he look happy? I fear I'll never know.

Anyhow, I stood watching an audio-visual of Yamaha's exploits around the globe, with my back to a display barrier. When the presentation restarted for the third consecutive time, I smoothly turned around to stifle a yawn - only, my mouth remained open for the better part of one minute before I realised what I was looking at - a bright yellow number 46 burning deep into my disbelieving eyes. Rossi's M1 - the first machine I see on my first day at my first Auto Expo. Even though I heard the word 'replica' being said around the bike, forgive me for saying right away that nothing is ever going to supercede this. Except running into The Doctor himself - which might happen in a few days' time. No, I still don't believe it.

Peeling off my fingers that had gripped the railing for nearly a quarter of an hour, I headed off looking for other motorcycles, knowing that I'd be a frequent visitor to that section. Immediately, I found myself underneath four air scoops looking down at me. Unconsciously, I stepped aside, afraid of being sucked into a monstrous V4 and then ejected through those four pipes. Mr Max certainly knows how to make his presence felt. But he still eludes the request for a spin - limited numbers and high price tag won't help my cause, I know. Overshadowed by the VMax are the XJ6 streetbike and TMax scooter, both desirable in their own pratical-yet-powerful way. The XJ6 had a 'Diversion F' decal on it which caused many 'normal' people to call it by that name. Tomorrow, I'm going to ask Yamaha if this was a practical joke intended for innocent laymen. The tuning fork folks also showcased a new R15 (New = repainted). There were other models too, but the arrival of the aforementioned brand ambassador on stage astride the 2010 R1 triggered something of a feeding frenzy among the highly respectable members of the Delhi press. They couldn't give a fig about the latest superbike to hit India, instead concentrating on making the stud look into their camera and give the same expression that greeted people outside, while his rapt audience listened to him describe ABS as 'Anti Braking System.' No, really. As I harboured no intention of being knocked around by apes with cameras in their hands, I returned to gazing at the M1.

After some time, I realised that I was being unfair to other manufacturers and proceeded to the Harley-Davidson hall. Very well done, it was and featured the same bikes that we'd encountered a couple of months back at a media ride. The XR1200 is the one I want. Though a Sportster 1200 wouldn't be bad either. Chatted with H-D folks for a bit and then decided to move on, promising myself I'd be back again. Next on the plan (or lack thereof) was to head to the TVS hall - another well-designed space with the entire range on display including the Apache RTR ABS. All they need is better tyres, really. However, the two concepts - the sharp RTR-based Hammerhead quad and the Qube 2.0, a cute electric scooter that reminded me of Asimo - were mighty intersting to look at, with production not entirely impossible for both. Cool.

Out of TVS and into Honda next, with the mighty VFR1200 impressing adults and scaring little children with its melting-face look. The new Fireblade (new = repaint. Again) definitely looked more spunky than the drab-looking dark grey test bike that we'd ridden a few months ago, though I'm not entirely convinced that flaming orange and silver is the way to go. Yellow and black would be much better. And then there was the Unicorn Concept that should be put into production right away. Only the body is different and the rest remains the same. Make it Honda, and give it a few more horses to go with the show. Honda's had a field day with the paint shop and repainted their entire range, hence giving you the 'new' Stunner, the 'new' Shine, 'new' Dio and 'new' Aviator. If i have missed out on anything here, don't worry - it's 'new' too. Oh, the Twister is actually new and quite a promising motorcycle too.

Out at market leader Hero Honda's pavilion, an impressive reverse-water-fountain arrangement wowed visitors by creating motorcycles and people out of drops of water. Very Las Vegas. Here too, the entire range receives new paint schemes to freshen up the line-up, but no bikes. I hope they bring something out in the next few days.

Forgive me for cutting this short, but pangs of hunger are making themselves felt. It's very cold in Delhi, you see. Anyway, tomorrow seems promising too, with the Royal Enfield event being held. I do hope they have more than just the Classics to tease the public with. And there's so many other halls, pavilions and stalls that I think it's impossible to see them all! But you can be sure I'll be at the Yamaha hall again and again to see the scalpel and finally (and hopefully!), The Doctor himself. And I hope to God Johnny boy stays at home.