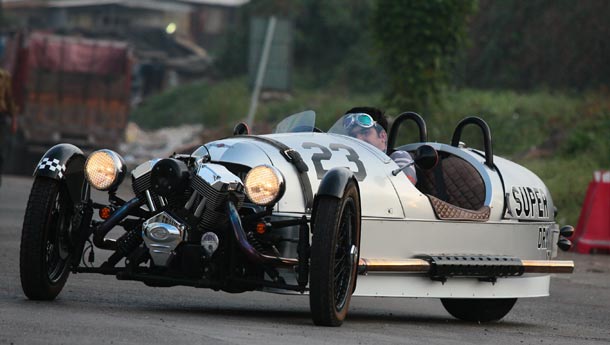 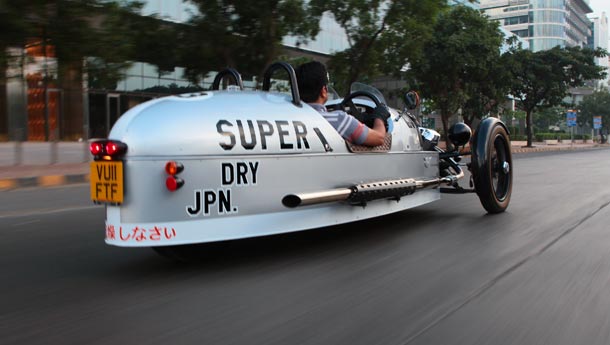 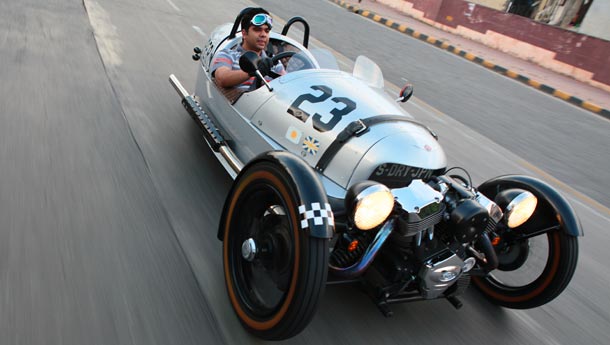 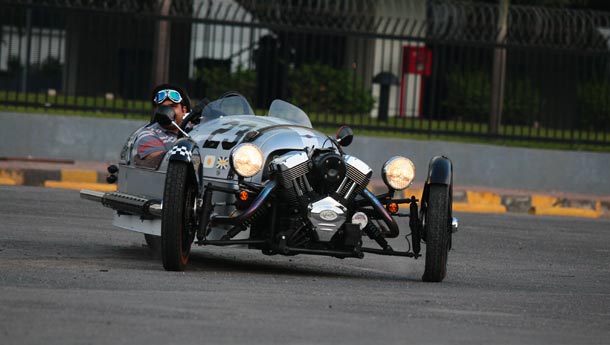 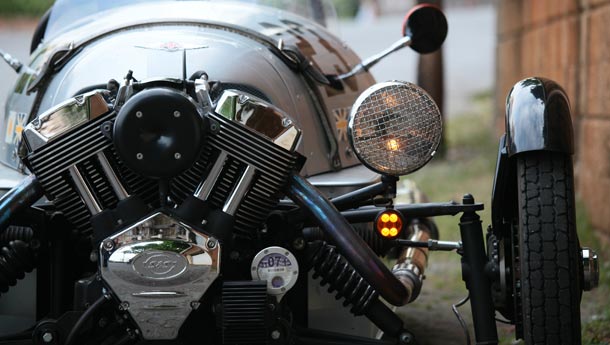 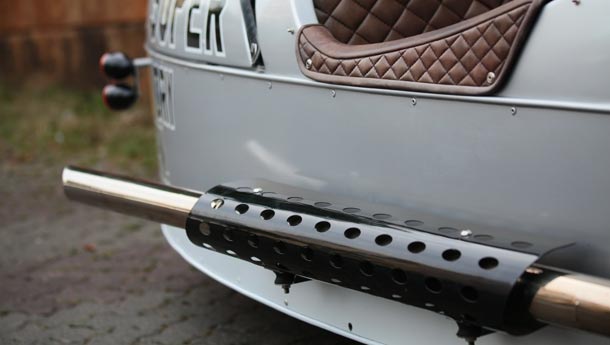 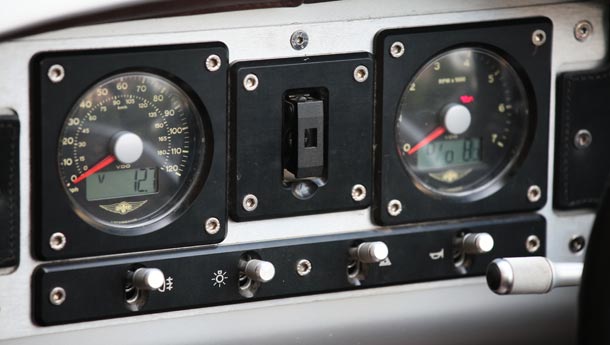 The air raid siren starts wailing and men in bleak-looking overalls on the air base scatter. It’s 1939, you’re watching this in black and white with just a hint of sepia, and intelligence command reports that Luftwaffe squadrons are inbound. Your call sign: Griffon Lead. It’s time to scramble.

Griffon Lead: Roger that. Time to do some damage.

You climb into your Supermarine Spitfire in your bomber jacket and aviators and you revel in your perfectly coordinated pre-flight checks routine. You reach over to the left, slot in the red key to arm the master electricals, fire up the old school switches, tap the meters, pull the safety off the starter button and push. Crank, crank, crank, jab of a throttle…contact! The engine explodes into life with a spit of flame and suddenly, your boyhood dreams come to life. Hammer the loud pedal and the sound you make just a moment later goes something like – ‘Aaaaaaaaaaah!’

‘Tower to Griffon 2-6, you’re clear for take-off’ is the radio command you hear in your head and there’s a grin plastered firmly across your face. Oh, the joy.

Okay, none of this was really happening but in my head, it most definitely was. Forgive me for sounding like a kid with an unhealthy interest in aviation but honestly, there is nothing else that I saw when I was busy driving the 3 Wheeler. Every single inch feels like the Morgan was built by Supermarine or Hawkers after the WWII, using excess materials and their know-how. At the helm of this lost-in-time Morgan, you’re reminded of the days you used to spend as a kid in the backyard, in your underwear, pretending to be a fighter pilot. Plus, obviously, you’re the hero and the camera is on you, so it’s advisable to look darned cool. Clearly, I’ve had plenty of see-saw simulator time and it all comes back to me vividly. This is just brilliant.

If you’re too young to know about Morgan, well, you ought to know that Morgan was (and now is once again) quite a popular British brand that has been building cars and trikes since the 1920s. Founded by Henry Frederick Stanley Morgan aka ‘HFS’, the original three-wheeler ‘Runabout’ was a simple, effective…er, runabout powered by a motorcycle engine made for his personal use in 1909. Interest was so high, however, that it went into production by 1911 and won acclaim worldwide. In fact, by the 1930s, they had evolved into beautiful machines powered by JAP engines – the best of the lot being the ’39 Aero – but the Second World War sounded the death knell for the motorcycle-engined three wheelers and they never did return after that. Until now.

The grandson of HFS, Charles Morgan, was initially reluctant to unlatch the 3 Wheeler’s long-standing grave, but all that reluctance was thrown straight out of the window when he saw self-taught engineer Pete Larsen’s Harley-powered Morgan 3 Wheeler tribute. That was all it took and the Morgan 3 Wheeler was re-born.

‘They don’t make ’em like they used to.’ Man, if I had a penny for every time I heard that phrase, I’d be able to actually afford this Morgan. I completely agree – they really don’t make ’em like they used to. Most buildings these days are just uninspired, air-conditioned blocks of blue glass. Most cars are pretty much just a lump of plastic and metal cobbled together by robots in China. Much of the music we hear today is just chintzy. Everything is plastic (the girls included), everything is cost-cut and is built to be replaced by an even more plastic successor six months down the line. The good news is that this one is made like they used to, back in the day.

Let’s see what’s going on here. Even before the headlights start, there’s the unmistakable V-Twin placed proudly in the spotlight, up front and centre. Yes, you are right, it is in fact a motorcycle unit and it’s made by the American company S&S and no, it’s not from 1923. Every piston there displaces nearly a litre so, if you do the math, that’s two-litres of displacement hammering at the forged crankshaft. Since it’s based on their reputed X-Wedge line, the power it produces is north of 115 bhp, but if you know your V-Twins, you know that it’s the torque figure that’ll matter. That reads a hefty 14.3 kgm at a low 3250 rpm. Quite a lot for a design that’s older than, well, almost anyone alive today. If you had that much horsepower under your bonnet back then, you’d almost certainly have been tried for diabolism.

The all-aluminium body is fantastic, looking like a cockpit from a WWII fighter, and the tubular chassis residing underneath is completed by hooking up two Industrial Revolution-era wheels at the front, a belt-driven wheel hidden away somewhere at the back and a fairly compliant independent front suspension. Mind you, they still use bits of tree in the frame, the suspension is still made of wishbones and they still offer a classic 1940s shark mouth paint job. It carries the spirit and the flawed-but-fun character of its forefathers, but using better materials and modern equipment like disc brakes, digital meters, modern electricals and running gear.

To add to it, this is the limited-edition Superdry Morgan, running deeply cool parts like vintage leather upholstery, vintage wire-mesh lights, orange-wall tyres, leather bonnet straps, rising sun insignia and aircraft-like riveting. If you were wondering why this edition has Japanese text and quintessentially American-looking cues all throw in together, you should know that Superdry is a British fashion brand that recreates a Japanese styling trend that originally mimicked vintage Americana – yes, let that thought swirl around a bit.

At the helm, it feels familiar yet like nothing else your brain has previously experienced. Familiar because you’ve got a steering wheel, familiar controls, mirrors et al and yet, it’s like being slung down the road in a metal sled powered by a mad motorcycle engine. It’s also compact, like a motorcycle, and the incoming stream of bugs, wind, dust and debris is familiar and yet, it’s in a class of its own. It messes with your head, it does.

Effortlessly slide the MX-5 gearbox into first, give it some gas and the Morgan squeals off the line emanating a rorty, wet, Harley-esque soundtrack that reverberates off anything in the vicinity. Foot down, the twin lets out a short, thick jab of torque and then expects you to shift up before the power tails off. 500 kg isn’t much and the S&S hurls the Morgan along at a swift, enjoyable pace. They claim it’ll hammer down a 0-100 kph run in 4.5 secs, but it felt more like 6. Even they’re not sure, because everything on their website is ‘estimated’. But it did do a rock-steady 155 kph on the speedo with room to spare. Trust me, in this thing, that’s fast enough.

It stops well short of soiled underwear territory, but that’ll certainly change the moment you rush into a corner, because this involves three different entities – the front wheels, the rear wheel and you. The manual steering feels just right for the car, the wheels generally point in the direction you want around corners and it all seems to work reasonably well right until you start pushing the pace. It’s then that the front wants to understeer into a hedge, the rear wants to light up and go the other way and you want to tread the fine line in between. The best way? Run it tight, yank the steering mid-corner, give it a bootful, feather the throttle and correct, drifting at the exit with the front wheels crossed up and a rear wheel that’s spewing smoke – in other words, like a boss.

The Morgan, then, isn’t perfect, but like most wise men would tell you, it’s perfect just like that. In a society that increasingly expects everyone to talk, behave and look the same, this ridiculous thing stands out like a Zeppelin looming overhead with a giant F-word painted on the side. And even then, the grumpiest of bystanders will smile and wave as you go past.

Forget specs, give Doppelwhatever mumbo-jumbo a punch in the face, run over refinement and kick fancy electronics in the nether regions – if you’re looking to rekindle some of the pure motoring joy you felt when you went flat-out on a 10 bhp motorcycle into the night for the first time, look no further.

If you’re interested, give Superdry India a call. Though the landed cost will be close to Rs 50 lakh, it’s a decision you’ll make either with your heart or with a slightly loopy head. If you have the money, go mad. Buy it. Yes, of course, buying property with that amount or drowning your better half in diamonds and platinum (not literally) make for excellent investments, but in the long term, I’ll give you just one reason why the Morgan will be a better investment – it’ll always put a smile on your face.