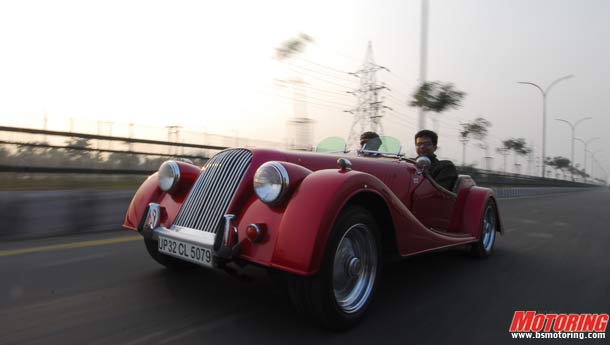 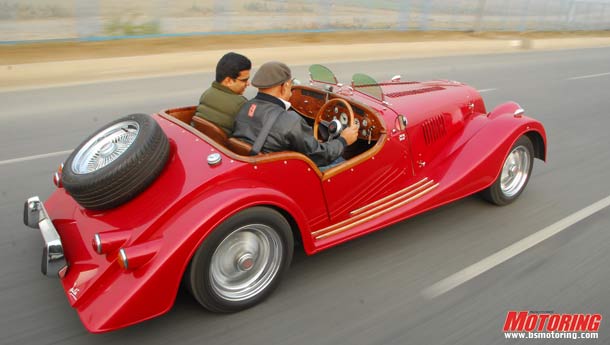 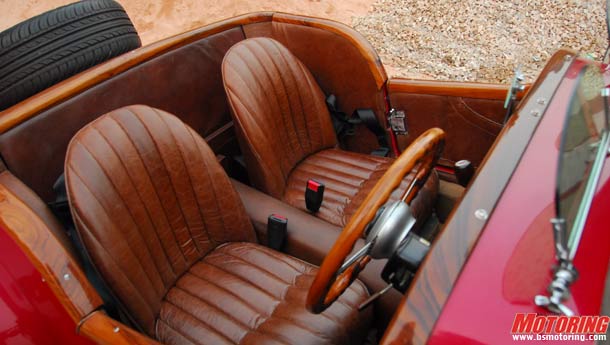 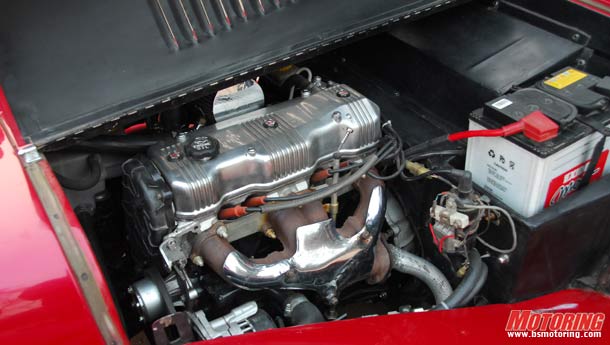 The Delhi cold was having a strange effect on a warm-weather loving Mumbai-ite like myself. Not having donned any mufflers or caps was certainly taking a toll on me as I sat shotgun with Tutu Dhawan who was driving his blood red roadster on to Noida’s expressway. The speedo needle on the white dial face kept hovering at 80 kph and the combination of the cold air and a setting sun were making my extremities numb. But the sensation was outstanding.
Tutu, like several others in the country, is the harbinger of a dream that talks about kit cars, small handmade sports coupes and cabrios that don’t boast a lot of horsepower, but are immense fun to drive. But unlike others, Tutu took the first steps in building something that could kickstart a much larger operation. His latest attempt, what you see on these pages, is a Morgan Roadster replica – the first example of a series which he recently delivered. As a famous restorer of classic and vintage cars and a well-known face in the television circles, Tutu’s replica is one of the finest replica works I’ve seen
– down to the finer details like the white dial faces and the black letterings, to even the kind of wood frame used to make the dashboard. But those are what you see externally.


Under the part-FRP, part-mild steel body is a ladder framed steel chassis. The measurements and material used, down to the specific welds, are to Morgan specifications. Tutu spent hours poring over drawings with detailed descriptions of the chassis and frame before he got down to work, taking one bit at a time. From the sliding kingpin coil spring suspension setup at the front, to the semi-elliptical leaf springs at the rear, it’s true to the British open-top to the T. The passenger cell is made of mild steel to give it rigidity, while the fenders, doors and everything else (except the mild steel-crafted hood) is fibreglass – something that’s rather common on British sportscars. Had he resorted to an ash wood and aluminium combination like the Morgans, you would be looking at build times far longer than the 10 months this one took. A single Morgan usually takes the better part of seven years to be built and delivered.


Everything you see in this car is handmade at Tutu’s own workshop, except for the engine. It’s a 1.8-litre Contessa engine with a 5-speed gearbox. Some added power has been found using a twin-carb setup, with one of the carbs a 7/8-inch number from the Triumph 2.0-litre TR3 and a smooth bore inlet manifold. An in-house developed free-flow exhaust, K&N air-filter, electronic ignition and multi-flow radiator have made the car rather easy to drive too. Tutu claims that his 985 kg roadster develops a little over 100 bhp, which I certainly don’t doubt.
Getting behind the wheel, I feel completely exposed and one with the elements. It’s not unlike sitting in a motorcycle with four wheels, if there was one. It moves with a vigour that a man like Tutu knows best. After all, his experience of 40 years with some of the best machines made by man reflects in his creation. Despite its handmade credentials it feels better to drive than most cars built on an assembly line. There are some peeves though, like a narrow footwell for the driver, which has meant that the pedals are closely stacked and call for pointed shoes to derive results, which Tutu says has been corrected on example number two. You can’t however ignore the attention to detail here too. Most of it is true, even down to the eye-line of the windscreen which does take some time getting used to.


But it’s rather easy to drive because of all its modern amenities like disc brakes up front and a power steering setup. Though none of it affects its honesty – the steering has decent feel, there’s a lot that the chassis transmits up your spine through those soft leather seats. But it isn’t uncomfortable, with the pliancy of the suspension a sort of revelation, and only the worst bumps catch you out. There’s not much in terms of chassis flex or the dreaded scuttle shake. It feels just as tight in a straight line as it does around corners and, if anything, feels more alive than more modern roadsters.
Somehow at those speeds with the wind blowing in your face, with a sweet exhaust note going through your ears and the maple-burr finished dashboard brightly polished through the corner of your eye, the Morgan replica feels like quite an achievement. It stays honest to the concept of a Morgan despite the handicaps. At no point do you feel that this is built by someone who is making his or her first kit car, nor do you feel that it is machined into place. It’s beautifully detailed, put together and conceived. Everything is handmade in-house to exacting specifications, with a caring hand and eye involved in the entire process. The price tag reads POA, but am sure it’s something that’s worth the effort that’s gone into it. Tutu plans to have an even larger run of limited edition sportsters and I am eagerly waiting to drive one. Hopefully, when the sun is up!

Want one of these or any of Tutu’s creations? Contact him at Engineers Corporation on 011-26345258 or log on to tutudhawan.com