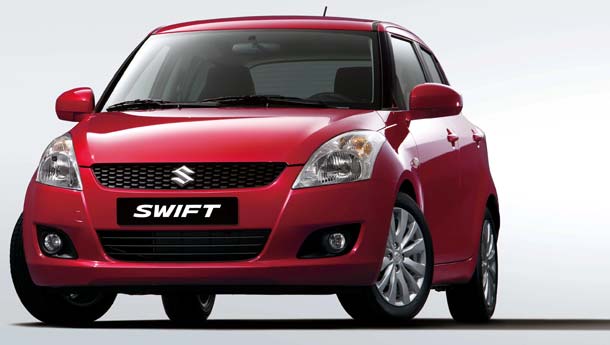 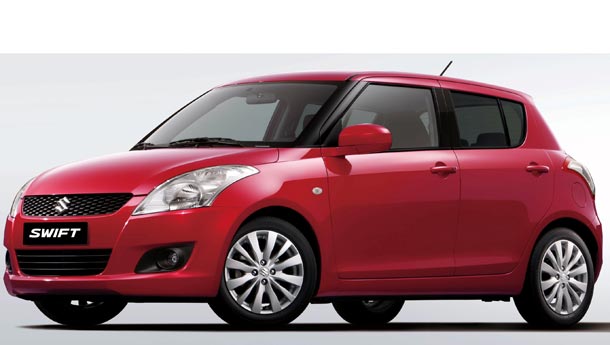 Suzuki's ultra successful Swift has gone under the scalpel and what you see here is a thoroughly revised, second generation Swift that has been launched for the international markets.

The new Suzuki Swift comes across as being an evolution in terms of design. A longer bonnet line, larger head lamps and tail lamps and a more prominent waist line make the car look like some of the Renault hatches available in Europe. Nevertheless, the new Swift has grown in size, becoming taller, longer and wider than before. In terms of length, the car is now 90 mm longer, is 5 mm wider and 10 mm taller. Importantly, the wheelbase has become 50 mm longer, which should help it in not only liberating more interior room, but making it more stable at high speeds. For the European model which sits on 16-inch wheels, the front and rear track have been increased by 5 and 10 mm respectively.

While Suzuki have released only these two images of the car, we guess that the interior will only be better built, loaded with more features and sharper than before. Suzuki says that the interior is more dynamic and uses black as its keynote colour with silver accents all around. The current Swift influenced dashboard and interior design of the Suzuki models that followed, and we expect the new Swift to do the same.

This car is being built at Suzuki's Magyar plant in Hungary, using higher strength steel for the body, which has now become stiffer and lighter in the process. The underbody too has been made cleaner for aerodynamic and efficiency reasons while the car has been designed to meet European pedestrian safety norms.   For Europe, two engines have been offered. A new 1.2-litre VVT (variable Valve technology) petrol engine replaces the outgoing 1.3 unit there and produces 93 bhp@6000 rpm and 12 kgm of peak torque at 4800 rpm. There is a 10 to 15 per cent efficiency improvement too with this engine and produces just 116 g/km of CO2, some 17 per cent less than the outgoing model. The 1.3-litre DDiS Fiat Multijet diesel engine produces similar power as the outgoing model while producing 10 g/km lower CO2 (now 109 g/km) and is about 8 per cent more fuel efficient in its Euro 5 guise.

So what does this mean for us in India? Well, the new car will feature the same 1.2-litre K Series engine with 84 bhp of peak power as the current model as well as the 1.3-litre DDiS diesel engine with similar power and torque. While the international model will come with an optional automatic gearbox and more powerful engines later, we think that Maruti Suzuki might in the initial period avoid the automatic option, but could exercise it later. A new Dzire, based on this second generation Swift can be expected in late-2012 if model cycles are considered.


Given the new Swift, we expect an India launch as early as the first half of 2011, though it's entirely possible that Maruti Suzuki might launch it in the first quarter of 2011 too. We also expect Maruti to keep pricing at similar levels with a marginal rise, to ward off competition from the VW Polo, Ford Figo, Nissan's Micra and Toyota and Honda's upcoming small cars.