More gains for auto stocks in 2013 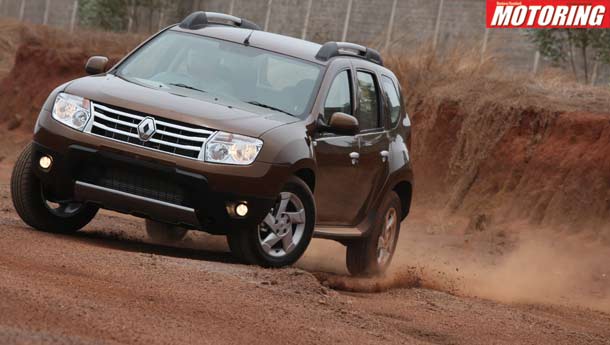 The automobile sector did not have a great year, with the disappointment led by the passenger car segment. This was impacted due to the economic slowdown, capacity constraints and labour issues at Maruti Suzuki . Given that the segment is expected to report flattish volume growth for FY13, this is the second year in a row (two per cent growth in FY12) when car volumes are likely to be muted.

Going ahead, led by expectations of a fall in interest rates and economic recovery, analysts expect the sector to grow at a robust pace. Ashvin Shetty of Ambit Capital expects the passenger vehicle industry to grow at an annual rate of 12.5 per cent between FY13 and FY15. It would be a smart recovery if it comes about, since the sector grew annually by just five per cent over the past three years.

Unlike cars, utility vehicles are expected to grow 30 per cent this financial year, on the back of successful new launches (the XUV 500, Ertiga and Duster) and the preference for diesel-powered vehicles. Despite increasing competition, a 13-15 per cent growth in FY14 for the segment, success of the Quanto and a revival in tractor volumes, led by higher food prices and a better rabi outlook, augur well for M&M. The scrip remains a buy for most analysts, with a target price of Rs 1,100.

Analysts bet on Maruti due to its lower foreign exchange risk, rising exports, an improving product mix, price rises and a fall in discounts. The target for the stock, trading at about Rs 1,480 and having given a strong 68 per cent return over the past year, is pegged at Rs 1,700, an upside of 15 per cent over the next year.

For two-wheeler companies, volumes have grown modestly in the past year due to higher fuel prices and dip in demand. Had it not been for Honda Motorcycle and Scooter (year-to-date sales up 41 per cent), the two-wheeler sector would have registered a fall in sales for the year to date. The other three majors — Hero MotoCorp, Bajaj Auto and TVS Motor — recorded a fall in growth of three to seven per cent.

The segment which has worked so far for automobile majors is the 110-125cc one. This is due to the affordability/downtrending factor, while executive and premium vehicles have suffered. Elara Capital analysts say given a high base for the next six months, two-wheeler volume growth should stay below double-digit levels till at least the first half of FY14.

While Bajaj Auto’s foreign presence helps it to cushion the impact of a slowdown at home, most analysts do not prefer the stock due to a sharp run-up in prices. Over the past year, while Hero delivered flat returns, Bajaj Auto gained 33 per cent and is quoting close to fair value estimates of most analysts.

While light commercial vehicles are topping the sales volume charts and are likely to end the year with 21 per cent y-o-y growth, medium and commercial vehicle (M&HCV) makers have had a disappointing year thus far and expect a fall of 10 per cent in FY13. Kapil Singh of Nomura believes profitability for the standalone business of Tata Motors, the best-performing stock this year, remains under pressure due to a decline in M&HCV volumes and higher discounting/lower volumes in the passenger vehicles business. Higher volumes by JLR are already discounted in the price, he says. Ashok Leyland should continue to lose market share, given the intensifying competition.