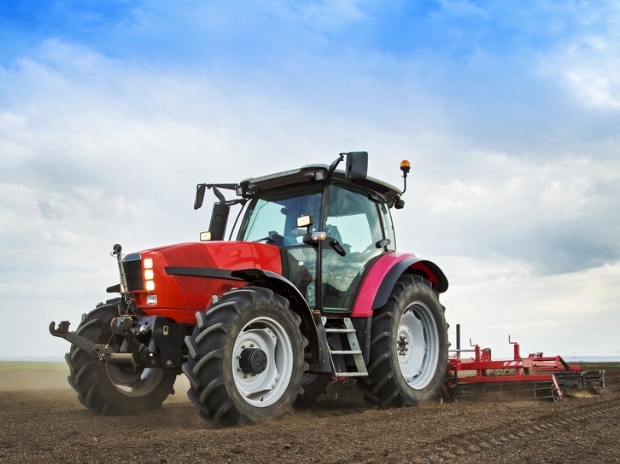 Tractor volumes, which fell 10-13 per cent each in FY15 and FY16, are expected to grow 15 per cent in FY17; domestic tractor volumes have been showing 13-15 per cent growth during February-May 2016 over a low base. In May, while M&M (Mahindra and Mahindra) tractor sales were up 21 per cent, Escorts reported an 11 per cent growth on higher rabi production, positive sentiment around monsoons, and low base.

Given the normal monsoon prediction, expect rural sentiment to improve, resulting in demand for both fresh purchases and replacements. Analysts say new launches and aggressive discounts are already being offered and easy financing options will boost sales further. Among key players in the segment, M&M will be a key beneficiary as it is the largest player with a 41 per cent market share, and is expected to gain market share given its strong brands, distribution network, and geographical reach. It is the only tractor player to have captive finance arm, M&M Financial Services. While the automobile segment for M&M (passenger vehicles) is larger, farm equipment segment is more profitable. While tractors make up 22 per cent of revenues, their contribution to operating profit is 33 per cent. Ambit analysts estimate FY17 profit margins for the tractor division at 16.6 per cent versus 11.5 per cent for the auto segment. While tractors will do well, stiff competition in UV (utility vehicle) space may limit gains in the stock.

The upside for Escorts is higher due to increase in tractor volumes given 76 per cent of revenues comes from agri-machinery products. Its other segments include auto ancillary, railway, and construction equipment. The company is looking at improving its realisations by launching high-horse power tractors. While volumes in the March quarter were up seven per cent, realisations were down six per cent year-on-year. Escorts will also have to improve its network in south, which is witnessing the highest growth rates in tractors. It gets only seven per cent of sales from that region as compared to north (54 per cent of revenues). For VST Tillers Tractors, analysts at Spark Capital estimate a growth of 15 per cent in volumes of power tillers and a 20 per cent jump in tractor sales for FY17.