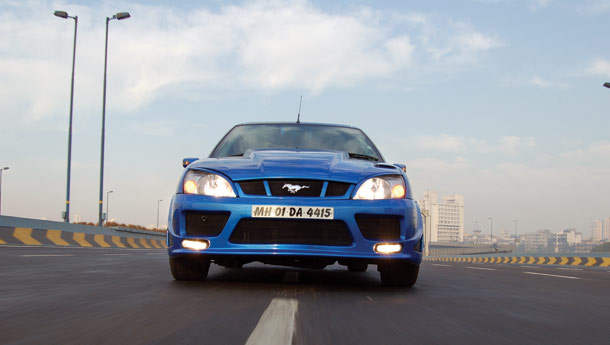 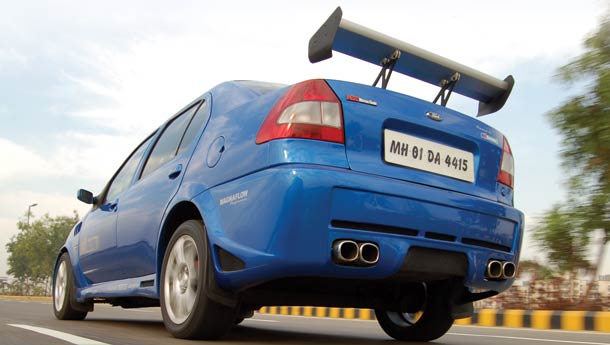 Not many of you may know about this, but there already exists a parallel universe. It’s not one that physicists are concerned with, but boy does it involve science. Away from the world of the conventional supercars exists the mad mod world of super cars. These are cars which provide richness of another sort, one that too much money can’t buy. Here, brands like K&N, Momo etc are the operative words while the only shots that you can get are from nitrous oxide, not Tequila. Where ‘sleepers’ are not what you take to bed, but what you drive. There is mating too. One that involves turbos and superchargers to innocent little motors and usually, the results are brutal.

Sometimes, I  experience an example of this parallel universe and this time around it was the turn of a 1.6 Ford Ikon. Now, the Ikon has always been a cracker of a machine to drive and given our roads, perhaps even adequate. But that’s not the point here. You see, this is the world where extreme machines are considered mediocre. And mediocre ones don’t exist.

I guess it’s only natural then that the car looks like it’s come, no arrived, from someplace else. With regards to this, this Ford is probably perfect. The skirts, the fogs and the wing – all the go faster bits are there. In fact, you are just short of flying a streamer from the spoiler, announcing that you are going to perform illegal acts with the accelerator. With kit like this, you don’t have to try too hard to announce yourself as antisocial.

As for the decals, they aren’t just an exercise in brand fantasy. There are mild street cams courtesy Piper. A MSD kit, Pivot voltage stabiliser and Denso plugs to light up the now abundant air fuel mixture, while the headers come from Auto Mech. As if all this wasn’t enough, (and it never is) a FSE rising rate fuel pressure regulator that boosts fuel to upto 40 PSI (FYI that’s twice the normal figure) has been thrown in as well. Further mutation, and this is a bit extreme, occurs via a 65mm throttle body from the Mondeo (45mm is stock). And then there is the piece de resistance – the Holley nitrous oxide kit that’s good for a 35 bhp boost. Needless to mention, the mandatory K&N bits are there as well. A conservative estimate would put the power jump at about 60 bhp with NOS. I said conservative.   On the inside, I am faced with so many meters, I would be more at ease in a Cessna Citation. There is one for the battery voltage, two for fuel and oil pressures, one for intake vacuum, one for the NOS, a fuel-ratio indicator and even a sophisticated GPS that warms your coffee, plays music from your
i-Pod and measures your insanity, timely. Okay, so I lied about the last one but the rest are all there. Quite frankly it’s a bit unnerving to have so many dials facing  you, but the prospect of seeing them nailed to their stops was way too tempting.

Temptation finally gave way to a nervous crank and just sitting in the rock-hard, hip grabbing seats with the engine turning over at idle, I could already sense some frantic activity under the scooped hood. I caress the throttle as gently as possible and yet there is so much go with minimal clutch slip, its unbelievable. Hair trigger throttle just got a new meaning in my dictionary.

As I roll the car out onto the main street, we pass a bunch of school boys. As we burble past, a few wise, expectant eyes on the sidewalk get a fix on the blue bird. Obviously,  I oblige by mashing the throttle to the floor.  The cacophony from the Magnaflow quad pipes is their reward while my rear view mirror is filled with dropping jaws and I can almost hear a bunch of expletives. What is it with kids and their language these days, anyway? Rascals.

Soon we are on a fairly open stretch and I am buzzing the topography like a petrol powered honey bee. The 195/50 Goodyear Eagle F1’s are giving an exact description of what’s under them and on occasion even more than what I want to know. Thirty minutes later, I have gotten used to the way this car drives – like it’s in arcade mode.  I am yet to get used to how savagely instantaneous the utterly primal action and reward sequence of pressing the gas and going faster is. And then it’s time to relieve the big blue bottle that’s between the passenger seats of some of it’s contents. With images from The Fast and The Furious filling my rather anxious mind, I have a go at the little red button on the Momo steering wheel. The NOS kicks in instantly and as I warp my way through the scenery, the speedo is jumping 3 to 4 kph just to keep pace with the acceleration. The Magnaflow is at its loudest best and I can feel the noise in my fillings and spinal fluid. The pull never wavers and before I know it, the shift light has shone thrice and I am fast approaching the limits of the car, the road and even me. Yet, in fifth with the NOS on, it goes like a lesser car would a couple of ratios down the cog.

As it always seems to happen, the fun ends too soon and before I know it I am crawling through traffic and threatening to end up in an Accord’s boot, every time I slip the clutch. Yet, sitting there doing precisely eight kph when I could easily better that by 20, I think I am getting the point of what that famous line really means. ‘It’s not that you would, but that you could.’

As for the parallel universe, well it’s out there and it’s waiting for you. And the best part is, you don’t even have to be good at physics to get in.BSM

The super fast Ikon here has been tuned by Anant Pithawalla. For your tuning needs , call him at 09821221791 or visit  n1engineering.com