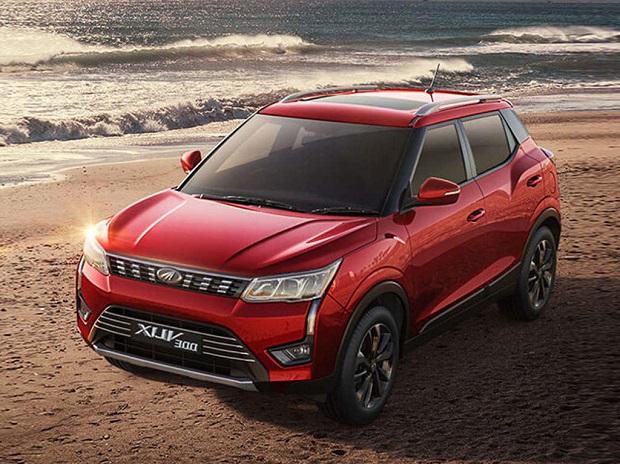 Initial booking numbers indicate Mahindra & Mahindra has been able to make a big splash in the competitive compact sport utility vehicle (SUV) market. The firm has received more than the 13,000 bookings for the XUV300 in a month after its launch, the company said on Thursday.

It also said the new model entered the No.3 spot in the compact SUV segment in the first month of its launch. Launched on 14 February at a price starting from Rs 8.49 lakh and going up to Rs 12.14 lakh, the XUV300 competes with the Maruti Brezza, Tata Nexon, Ford EcoSport, and Honda WR-V.


With an average monthly sale of over 11,000 units, the Brezza leads the compact SUV market followed by the Nexon and EcoSport that sell an average 5,000 units plus. Honda WR-V, which sells an average of 4,200 units, is the third largest in the pecking order. M&M has sold close to 4,600 units of the XUV300, sources said.


The brisk sales of the XUV300 is good news for M&M as it had been ceding ground to multinationals over the past few years owing to the lack of a formidable challenger. M&M had previously attempted cracking the segment with the TUV300 and KUV100. Four out of every 10 SUV sold in India is a compact SUV.


With the new offering, M&M has seen a new buyer profile of younger customers and first time buyers entering its showrooms, Veejay Nakra, senior vice-president, sales and marketing at M&M, said. “Getting working professionals into the showroom is a change from what typical M&M customers are,” said Nakra. “What is also encouraging is that over 75 per cent of our bookings are for the top-end variants of the XUV300.”


The XUV300’s booking numbers also makes the face-off between the arch-rivals — M&M and Tata Motors — for a bigger pie in India’s competitive SUV segment interesting. A Tata Motors spokesperson said Tata Harrier, launched in January, had received bookings of more than 10,000 units.