M&M's US dealers scouting for work 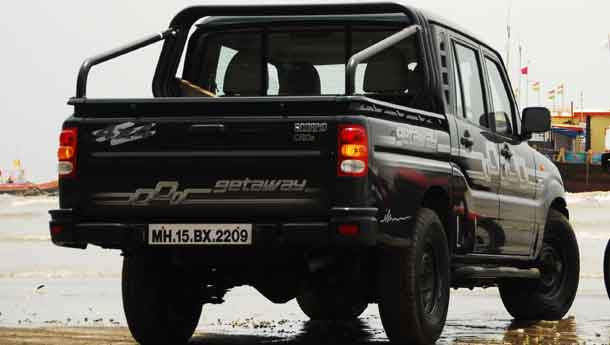 Frustrated at being at the receiving end of the legal tussle between Indian utility vehicle making company Mahindra & Mahindra (M&M) and US distributor Global Vehicles Inc, dealers in America have begun scouting for franchises of other automakers.

Many of these dealers gave up their earlier franchises, including that of Chrysler and Ford, to join the M&M network to sell affordable diesel pickup trucks largely absent in the US market but considered attractive to buyers.


These dealers, part of the network of 347 dealerships across 49 US states set up by M&M’s one-time partner, Global Vehicles, have been waiting for M&Ms TR20 and TR40 pickups to arrive for several months.

With the squabble between the two companies entering the courts, many of these dealers have started talks with automotive companies from Japan and Korea instead, for a franchise deal with them.

Distributors of companies like Kia Motors of Korea and Subaru of Japan have already secured some dealerships that were earlier under the M&M-GV fold.

M&M terminated the contract it had signed with GV, its marketing and distribution partner, in August. This was just three days after getting a green signal from the Environmental Protection Agency. Meanwhile, dealers had already spent $40 million in preparing for the Mahindra launch.

GV accused M&M of using an escape clause in the agreement, which allowed the Indian company to walk away if no vehicles were launched in the US by June 11. GV had filed a suit against M&M soon after, to which M&M replied by filing a motion to dismiss that suit.

M&M gave no formal explanation for the delay in launch or for snapping ties.

GV had also accused M&M of trying to acquire rights for dealing with its dealers directly, thereby wiping out the involvement of the US company.

In a separate development, GV had charged M&M with interfering in relationships it had with the auto financing companies of General Motors and Ford.

Pawan Goenka, president-automotive sector, Mahindra & Mahindra, refused to talk about the company’s plans for the US market, saying these couldnt be discussed as the courts were considering it.

On the development of GV dealers being poached by other car makers, Goenka said, We will not interfere in that. There wont be any conflict of interest if that happens.

Last month, M&M rejected a $35-million order from Global Vehicles for its pick up trucks, while terming the order as plain ‘PR theatrics’ aimed at damaging the company’s reputation.