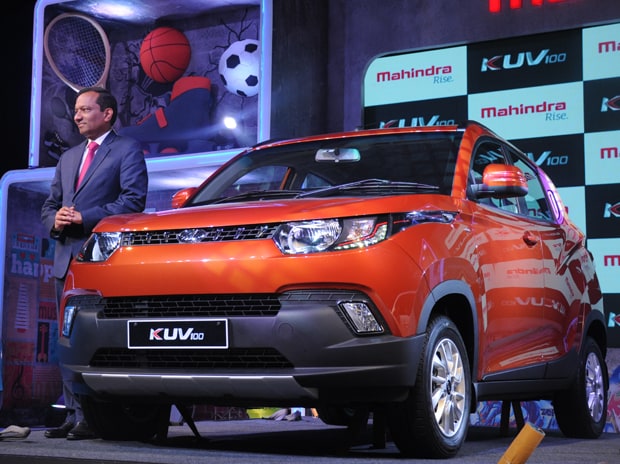 Home grown auto major Mahindra & Mahindra (M&M) will continue selling XUV500 and Scorpio with 1.99 litre engine in Delhi NCR till the dust settles after the Supreme Court order lifting the ban on 2,000 cc and above standard utility vehicles (SUVs) earlier this month.

Hit by the Supreme Court ban in December, the Mumbai-based automaker had launched a 1.99 litre version of its mHawk engine series earlier this year.

The apex court however lifted the ban earlier this month, though with one per cent environment cess.

"Second, we don't know what the final judgement would be. Right now it is an interim judgement. So we don't want to go back to 2.2 litre and then when some judgement comes again move to 1.99 litre engine," he said.

He was talking to mediapersons on the sidelines of 56th Annual Session of the Automotive Component Manufacturers Association.

If need be, the company could move to 2.2 litre engine overnight, Goenka said.

On whether the one per cent environment cess imposed on SUVs by the Supreme Court will have any impact, Goenka said: "This is one subject where the industry is fully aligned. Industry is unanimous that there is no justification to single out diesel for pollution problem in Delhi."

"By imposing any kind of cess you are in a sense saying that even if you are meeting the regulations you still need to pay a penalty," he added.

One per cent cess is not going to make any difference either way as it will not deter the customers from buying a vehicle nor it will help take on pollution in a big way, he said.

"This is a sort of interim decision the apex court has taken and industry has agreed because it is better have one per cent cess than not to be able to sell products. So we had no option but to accept this suggestion and move on with it," Goenka said.

When asked if the company would like this cess to be abolished going ahead, Goenka said, "Off course yes."

M&M is also looking to reworking strategies for its two- wheeler business as it has not been able to achieve desired success in the vertical so far.

"Two-wheeler has not given us what we expected it to deliver but we are still working on it. We have not given up on two-wheeler segment by any stretch of imagination. The strategy with what we started has not delivered. We are working on a new strategy," Goenka said.