M&M, TAFE look to rev up the tractor market 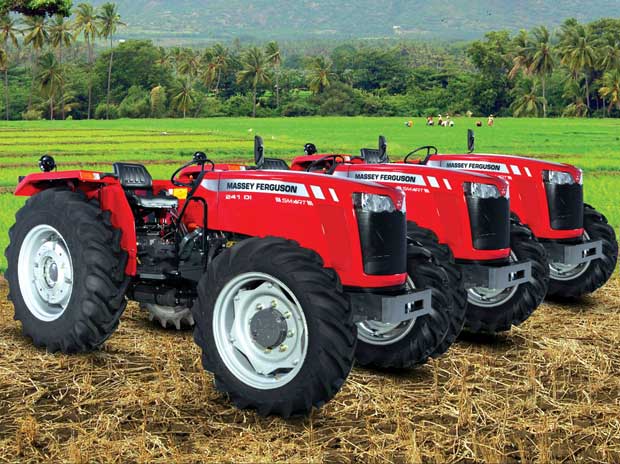 In what is perhaps a first for the Indian tractor market, the Chennai-based Tractors and Farm Equipment (TAFE) is putting in place a premiumisation strategy for its tractors. Primarily a commodity market and one in steady decline, tractor consumption in the country has traditionally been determined by the state of the monsoon and the power and price of the product. But TAFE, by bringing in brand variations - it recently launched a new 'smart series' range of tractors and India's first premium compact utility tractor under the Massey Ferguson brand - is looking to engage consumers with more than just price-led promotions. But given the nature of consumption in rural India, the challenge will be to convince customers of the differentiation strategy at work.

"We are positioning Massey Ferguson brand to showcase our technology, while Eicher brand for its robust performance," said Mallika Srinivasan, chairman and chief executive, TAFE. Designed to appeal to the young consumer, 'smart series' tractors come in the 40hp-60hp range. TAFE has three brands - Massey Ferguson, Eicher and TAFE. The first two are sold in the domestic market and the TAFE branded tractors are for export markets like Africa, Sri Lanka, Bangladesh and parts of Europe.

"I believe we are creating a new segment, given the evolving needs of young farmers and their changing expectations with regards to versatility and ease of use, through the year," said Srinivasan.

Not far behind is Mahindra & Mahindra (M&M), the market leader in tractors and farm equipment. The company has two main tractor brands -Mahindra and Swaraj - driving majority of the sales. The Mumbai-based company recently introduced two new sub-brands - Novo and Yuvo - which according to senior company officials will not just become the mainstay of the Mahindra brand of tractors but also usher in a new way of denoting and distinguishing models.

From branding the vehicles on the basis of specific names (like Sarpanch or Bhumiputra as has been the case) M&M has adopted an alphanumeric way for branding tractors. Rajesh Jejurikar, president and chief executive, tractor and farm mechanisation, M&M said, "We had several brands in the past and some of them still remain because they serve specific markets or customers. Model brands remain always important. In Swaraj we follow the numeric way such as 755, 724 or 825 and in M&M we do both alphanumeric and sub brand concept. We are now moving to (Arjun) Novo which is a new platform which has and will continue to have alphanumeric branding."

Make no mistake M&M also has other brands such as Shaktiman, Yuvraj, Arjun and Hindustan. Each caters to either specific markets (such as Gujarat) or a specific segment (entry/budget segment). But the trend of having a sharp and differentiated branding strategies to woo consumers within a segment or a region, common in cars and the sports utility vehicles segment, has emerged only recently.

In the tractor market, branding took the front seat when two Italian heavyweights Ferrari and Lamborghini known for their exotic supercars launched tractors under their name-sake brands in India three years ago. Their entry sparked off a rethink among existing players and also helped discover new customers in a market that was seen as old and jaded by most players. Manufacturers say that tractor buyers today are not the same as ten years ago. "These buyers drive anything from Hondas to even Mercedes-Benz, have iPhones and take their kids to a multiplex or a shopping mall on a weekend to a city near them. They therefore want a tractor that suits their lifestyle and nothing less. This is where brand segmentation comes in", said another senior executive from M&M. Mahindra has even launched the country's first tractor with an air-conditioned driver cabin.

Tractor makers are buoyed by the good monsoon this year and expect robust growth after two successive years of slowdown. New product launches by M&M and TAFE have been strategically planned to hit the market at the right time to cash in on the boom. M&M for instance reported a jump of 28 per cent in domestic tractor sales during April-September at 1.29 lakh units as against 1.01 lakh units sold in the same period last year. TAFE has adopted an initiative labeled 'walking in the villages' where its brand team introduces its products to the customer, allowing him to experience the product both on the field and in his farm.

Jejurikar added that he is confident of the industry ending the year with a growth of 15 per cent compared to last year's sales when volumes had dipped by 11 per cent. On the back of new launches and robust demand M&M has increased market share by 2.6 per cent to 43.3 per cent.

Meanwhile TAFE is banking on new technology and innovations, for which it had invested over Rs 350 crore in the last three-four years. It is also planning to launch two new platforms under the Eicher brand. "The good monsoon is a huge positive and an improvement has been noted in the kharif acreage. The agriculture sector performance is likely to pick up giving an impetus to rural consumption," says industry body Ficci.

The tractor market may not be as cut-throat as the car or SUV segment but given the government push to promote better irrigation methods and improve rural and farm infrastructure, tractor makers are leaving no stone unturned to attract the buyer.