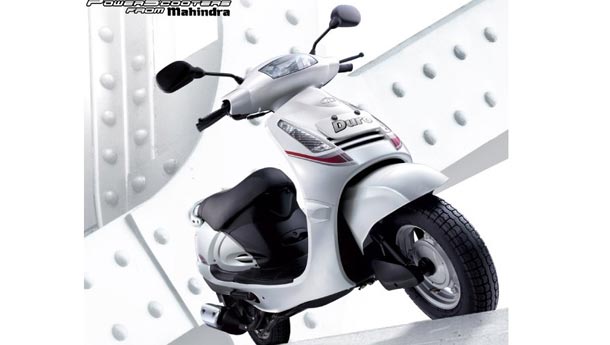 Mahindra & Mahindra (M&M), the country's leading utility vehicles maker that forayed into the two-wheeler sector last year, is now busy working on coming up with an electric variant around the end of next year.

According to sources, the company is working on developing e-scooters in the range of 250-1,000W.

M&M launched three 125cc scooters last year, the Mahindra Rodeo, Duro and Flyte. It had taken over the two-wheeler business of Pune-based Kinetic Motor Co Ltd in July 2008 for Rs 110 crore and relaunched the products in September 2009. The company managed to sell 70,000 units in 2009-10.

“We want to be present as an end-to-end player in the two-wheeler space and will take a call on these Kinetic models, depending on the market feedback. We are looking at positioning our products uniquely,” Anoop Mathur, president of M&M’s two-wheeler division, had told Business Standard earlier. In its current portfolio, the Rodeo is for the stylish adult male, while the Duro is targeted at the entire family. The Flyte is for the female commuter.

D Shinde, vice president, marketing, Mahindra Two-Wheelers, said: “We are currently working on launching a motorcycle from the Mahindra stable that can be expected to hit the market some time in March 2011. Electric scooters are an opportunity that we are looking at, but in the long term."

He added that the motorcycle market in the country is expected to be around eight million vehicles a year, “and therefore our priority is to focus on that for now”. Mahindra has been working on its motorcycle model with its Italian partner, Engines Engineering, and Taiwan's Sanyang Industry Company Ltd. Mahindra’s two-wheeler plant at Pithampur near Indore has an annual capacity of 5,00,000 units.

As for electric scooters, Kinetic Motor had the requisite technology. Currently, the electric two-wheeler market is estimated at 0.1 million units a year and is dominated by Electrotherm India and TVS Motors.