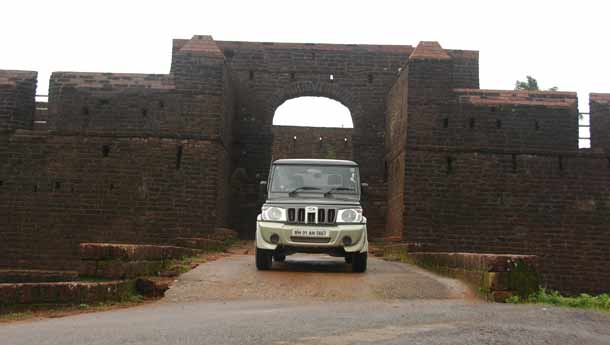 In its 10th year, the Mahindra Bolero remains the dominant market leader in the sports utility vehicle segment with a market share of 29 per cent. Since 2006-07, the brand has out-performed the passenger hard tops category with a CAGR of 23 per cent (category CAGR 7 per cent).

That’s not all. It is also the first SUV in India to surpass the 50,000 sales mark three years in a row and has become the volume leader for Mahindra and Mahindra (M&M), surpassing competitors’ brands such as the Tata Sumo and Tavera.


What is interesting is that about three-fourth of Bolero sales comes from smaller towns.

So what exactly is the key to Bolero’s (current price tag Rs 5.27-6.67 lakh) success? The answer lies in the brand positioning strategy of M&M, which has classified Bolero as a entry level and rugged sports utility vehicle and not as a tourist vehicle.

Rajesh Jejurikar, chief executive (automotive division), M&M, says “We were very careful while positioning the Bolero. We never wanted it to be classified as a tourist vehicle. The idea was to promote it as a personal vehicle complete with style and status.”

That, Jejurikar says, is a key change as SUVs have always been associated with commercial vehicles. One reason why Sumo lost out, Jejurikar argues, is that the vehicle made deep inroads into the tourist vehicle space. This, he says, didn’t help Sumo as sales refused to rev up even after Tata Motors launched a completely new version of the vehicle in early 2008.

Tata Motors, however, tried to promote Sumo Grande (presently the Sumo Grande Mark II) as a personal vehicle, one which combines the looks of a big SUV with the comforts of a family car. But the vehicle is over Rs 1.5 lakh more expensive than the Bolero.

The numerous promotion campaigns done by M&M for its products like Scorpio, Gateway and Xylo show that they are all positioned as personal vehicles. While the Scorpio is promoted as a mature and rugged SUV, the Xylo, despite its ample seating capacity and space, is promoted as a vehicle which can replace sedans.

Vivek Nayar, senior VP (marketing - auto division), M&M says the moment a company allows its product to be sold under the ‘tourist vehicle’ tag, it will lose its ‘X’ factor.

The dominance of the rural and semi-rural areas in the overall sales of the Bolero is also due to M&M’s long association in the tractor and agricultural equipment segment.

“Most of the Boleros are owned by senior villagers like a Sarpanch or farmers who hold large tracts of farming land. This vehicle proves to be their status symbol and this further helps drive the aspirational value”, adds Nayar.

At the heart of Bolero’s success, however, is a project called ‘Bolero Refresh’ after M&M launched Mahindra Scorpio in the higher SUV segment and there was a need for a brand revitalisation to extend the Bolero’s lifecycle.

Under this, the company took a conscious decision to re-position and re-launch Bolero as an entry level SUV as against a plain utility vehicle. A detailed consumer research was undertaken on different usage segments of the category.

Research studies suggested that competing brands such as Tata Sumo had a powerful equity in commercial segment but negligible presence as a personal vehicle.

There was an opportunity to capitalise on emotive drivers such as ‘Pride of Ownership’ through attributes such as product styling and an aspirational imagery.

This led to the launch of new Bolero variants. It was also important to evolve distinct spaces for both Bolero and Scorpio to prevent cannibalisation.

Towards this end, the Bolero was repositioned as an entry level SUV with an attitude of ‘Taking on Anything’, offering an affordable option for young, upwardly mobile consumers while the Scorpio was targeted at those who had arrived in life and for whom the brand was an extension of their lifestyle.

A clutter-breaking new “Water Scooter” TV ad was developed to project excitement and energy. This was supported by a 360 degree marketing campaign involving print, interactive & on ground activities.

M&M also provides customers the option to customise the Bolero after paying a price of around Rs 2-3 lakh over and above the purchase cost of the vehicle.

Added features on the vehicle, christened as Stinger, is a custom-built front guard, stylised body cladding, reverse camera with sensors, leather upholstery among several other features.