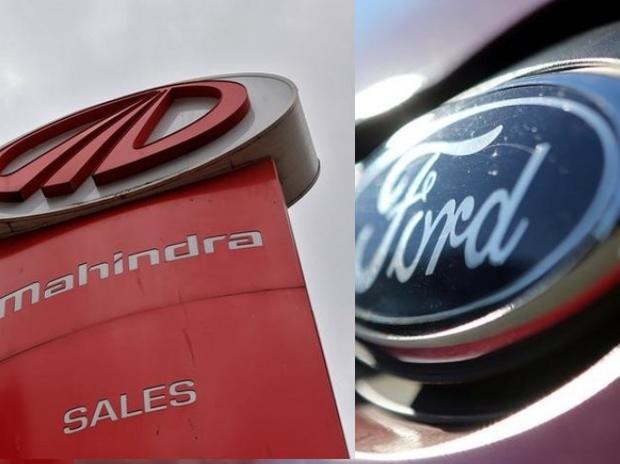 Homegrown utility vehicle major Mahindra & Mahindra (M&M) and Ford have decided to collaborate again, after a 1995 tie-up to facilitate the American carmaker’s entry into India ended in 2005. This time, the firms would explore joint development of products, especially electric and connected vehicles.

The partnership will look to expand Ford’s reach in the fast-growing Indian market and improve M&M’s access to global markets. At present, both have a single-digit share in a market dominated by Maruti Suzuki and Hyundai Motor.


Teams from both the firms would work together for up to three years and any further strategic cooperation would be decided at the end of the period.


The partnership comes at a time when the government has gone all out to promote electric vehicles and plans to move to an all-electric fleet by 2030. More and more Indian automobile companies are, thus, feeling the need to partner international brands to address the needs of the fast-changing market.


Japanese carmaker Toyota partnered Suzuki early this year. “The cost and time taken in new product development is extremely high. Every player has some unique strength. In this backdrop, it is a win-win for two players to come together and derive benefits of partnership,” said Jagdish Khattar, former managing director of Maruti Suzuki and the man behind Carnation (a network of service stations for cars).

“The changes facing the industry globally are triggered by the accelerated rise of new technologies, sustainability policies and new models of urban shared mobility. Given these changes, we see the need to anticipate new market trends, explore alternatives and look for ways to collaborate, as we compete and build powerful synergies that will allow rapid exploitation of exciting new opportunities,” said Pawan Goenka, managing director at M&M, the country’s biggest passenger vehicle (cars, vans and utility vehicles) player after Maruti Suzuki and Hyundai. M&M already manufactures electric cars and three-wheelers.


Ford’s first car in India, the Escort, was made through its first partnership with M&M. The Ikon, Fusion, Fiesta, Figo and other models followed. Ford bought out M&M’s 50 per cent stake in the partnership in 2005. M&M then entered into a joint venture with French carmaker Renault to make and sell its sedan, the Logan, in India. However, this venture didn't last long, either. The 51:49 venture started selling the Logan in July 2007. In April 2010, M&M bought out Renault's stake for an undisclosed amount.


M&M, which specialises in utility vehicles, can take a re-look at the car segment through its latest partnership with Ford. The  partnership is much wider in scope compared to the earlier one, and will also look at distribution of cars and sourcing of materials.  M&M has been losing market share for a while and has not been able grow volumes for more than a year, as rivals step up competition in the utility vehicle space. Ford has also been stuck with a sub-three per cent share for a few years, while emerging as the biggest exporter of passenger vehicles from India. Ford has a spare capacity, which can be used suitably by M&M. India, currently the fifth-biggest, is expected to become the third-biggest car market by 2020, with a volume of 5 million units compared to 3 million now.  “The partnership with M&M will allow us to work together to take advantage of the changes coming in the industry. The enormous growth potential in the utility vehicle market and the growing importance of mobility and affordable battery electric vehicles are all aligned with our strategic priorities,” said Jim Farley, executive vice-president and president of global markets, Ford.


According to a Bloomberg report, the India plan is one of the most significant Ford has made in the first four months under Chief Executive Officer Jim Hackett. The first major decision the firm announced after Hackett took charge as CEO involved the automaker’s operations in Asia, the report said.


In June, it scrapped a $500-million plan to move the production of the Focus from Michigan to Mexico and said it would export the Focus from an existing factory in China instead.

M&M ties up with Navistar to make engines. Ends deal in 2012

M&M partners Ford to make cars, especially e-vehicles. To also help each other in sourcing parts 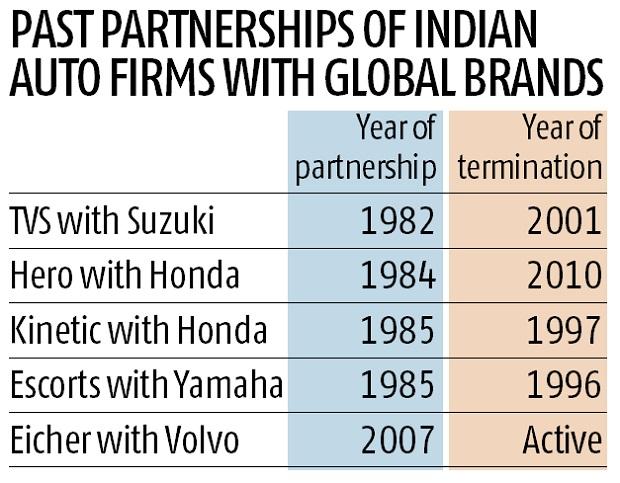