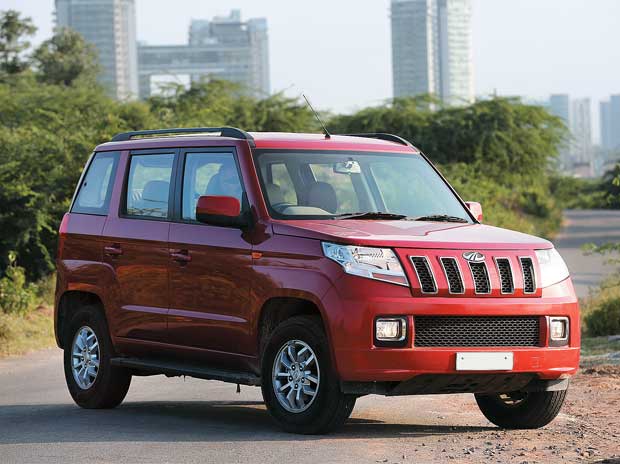 With Rs 583 crore in standalone profit for the March quarter, utility vehicle and tractor manufacturer Mahindra & Mahindra recorded a growth of 6% over the corresponding period last fiscsal, but fell short of a Bloomberg poll of analysts that had estimated a Rs 681 crore figure.

M&M’s excise break at its Pantnagar plant also expired, which lead to a decline in margins for the quarter, senior officials of the company said. However there was a robust pick-up in sales during the reporting period.

Utility vehicle volumes grew 21% at 69,082 units even as tractor volumes recorded a growth of nearly 19% to close at 41,129 units. In both the segments the company commanded a market share of 41% during the quarter.

Sentiment in rural areas continued to remain subdued. After five consecutive quarters of degrowth, the tractor industry witnessed a growth of 7.9% in Q4. This was primarily due to a marginally higher Rabi food grain production and lower industry base. Rural India commands a 40% share of business in M&M.
The company’s board recommended a dividend of Rs 12 per share of face value of Rs 5, which will absorb a sum of Rs 842 crore, M&M said in a statement.

Last year, the company launched nine products in the automotive segment including new products like TUV300 and KUV100 leading to the high growth; this year’s rate, therefore, are likely to be lower.

Tractor volumes have picked up, too, leading to a waiting period on certain models, said a company executive. The forecast for tractor volume growth for the industry is of 10%.

M&M’s board today also approved an enabling resolution to raise funds by way of issuance of debt securities including but not limited to secured/ unsecured redeemable Non-convertible Debentures and/or Commercial Papers under Private Placement basis for an aggregate amount not exceeding Rs 5,000 crores.