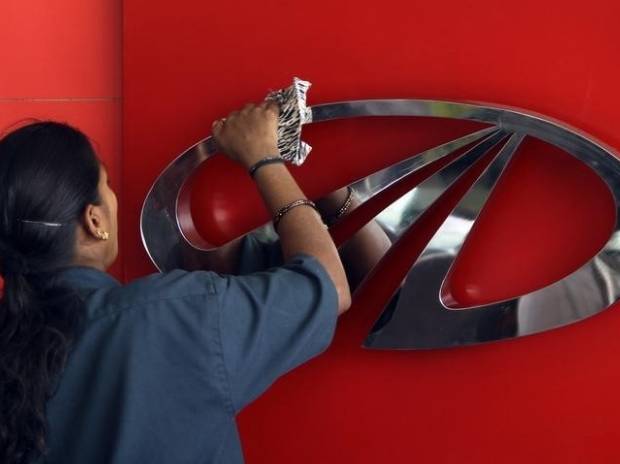 The M&M stock has gained about 10% over the last month on expectations of higher tractor sales as well as traction from new utility vehicle (UV) launches.

While there is little doubt that tractor sales will firm up given good monsoons and pent-up demand, analysts believe that outlook might not be as rosy in the utility vehicles space. Regulatory hurdles and competition could peg back the company's sales.

While the NGT had ordered the same in April, the ban, especially for passenger vehicles, could not be implemented due to jurisdictional issues.

While replacement demand would be a positive, the shift is decidedly in favour of petrol driven vehicles due to regulatory issues and more particularly, change in fuel pricing in favour of petrol. From 58% diesel powered passenger vehicles in FY13, it is now 43% in FY16, for the industry.

In December last year, the Supreme Court had banned the registration of passenger vehicles with diesel engine capacity above 2 litre in NCR.

The National Capital Region (NCR) accounts for about 12% of all passenger vehicles sold in the country. Given the product range and engine options, Maruti Suzuki is expected to benefit the most to the shift to petrol engines while M&M is likely to be the most impacted given that about 90% of its sports utility vehicles are powered by diesel engines.

Nomura has highlighted the fall in market share in the utility vehicle segment for M&M despite the launch of new vehicles. M&M's market share in the June quarter stood at 26% as compared to 30% in FY16 given the competition from Maruti (Brezza) and Hyundai (Creta).

The company, however, has been launching petrol versions as well as lower capacity diesel engine vehicles in all its new launches and variants to tide over the shift to petrol and to meet legal stipulations.

This has to some extent helped arrest the decline in market share; more clarity will emerge in the coming months on how successful the new launches have been. The company's two new platforms based on Ssangyong's platform though are, according to the analysts, at least 15 months away.

While lower GST rates are a positive, analysts believe that stiffer competition than in the past will cap near-term upsides for the company. Nomura has cut its FY17 UV volume growth for M&M from 21% to 14%.

The bright spot off course is tractor sales which after a sluggish period over the last few years is expected to record a growth of 25%. Though, in volume terms tractors account for about 30% of overall volumes, they fetch higher margins than utility vehicle segment. From under 12% in March quarter, operating profit margins should perk up to 13% in FY17 and about 14% in FY18 both on account of higher tractor mix and the implementation of GST.

At the current price, the standalone entity is valued at 15 times its FY18 earnings (EPS) estimates of around Rs 74, which is Rs 1,110. Adding the value of its investments gives it a overall price of Rs 1,550-Rs 1,650 translating to a marginal upside from these levels.