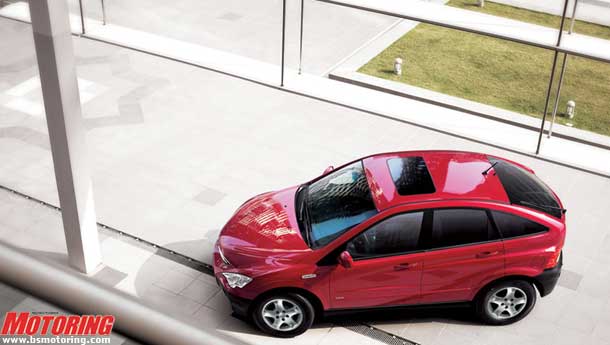 This is the biggest outbound deal by the city-based $7.1 billion (Rs 32,200 crore) group and the largest in the automotive sector. It will be completed by March, after the approval of creditors of the Korean company.


M&M will subscribe to new shares of SsangYong worth $378 million (Rs 1,700 crore), while corporate bonds worth $85 million (Rs 385 crore) will also be acquired, the company stated in a media release after the deal was signed in Seoul, Korea, earlier today.

Mahindra intends to launch as many as three new SsangYong models in the next few years in an attempt to revive sales of the company, fifth largest in the sector in that country. Ssangyong had sought bankruptcy protection after continued dismal sales.

Pawan Goenka, president - automotive and farm equipment sectors, M&M, said: “The coming together of Mahindra and SsangYong will result in a competitive global UV (utility vehicle) player. Together with its financial capability, M&M offers competence in sourcing and marketing strategy, while SsangYong has strong capabilities in technology. We are committed to leverage the combined synergies by investing in a new SsangYong product portfolio, to gain momentum in global markets.”

Adding: “There is an opportunity to introduce a premium portfolio of SUVs in the Indian market, providing a new growth avenue for SsangYong and further strengthen our dominant position in the UV segment.”

M&M had been in dialogue with the SsangYong management since August, after the Korean company declared M&M the preferred bidder from the original list of seven. Those had included the Pawan Ruia group, Renault-Nissan, private equity firm Seoul Invest and Yong An Hat Company. The majority dropped out due to the high valuation sought.

It was, however, not made clear as to how M&M, with a debt to equity ratio of 0.20:1, with cash reserves of $500 million (Rs 2,200 crore), intended to fund the purchase. Earlier, senior executives had said it would be done through a mix of debt and equity.

M&M has already deposited 10 per cent of the final purchase price, as earlier agreed. The balance to be deposited three days prior to SYMC’s stakeholders meeting.

“SYMC will continue to function as an independent entity, with a primarily Korean management. There are strong complementarities between the SsangYong and M&M product portfolios, providing an opportunity to create distinct positioning. The wide sales and distribution networks and complementary products lines will provide access to many overseas markets for both companies,” the release stated.

The labour union of SYMC, M&M and SYMC have also signed a tripartite agreement with provisions for employment protection, long-term investment and a commitment for no labour disputes.