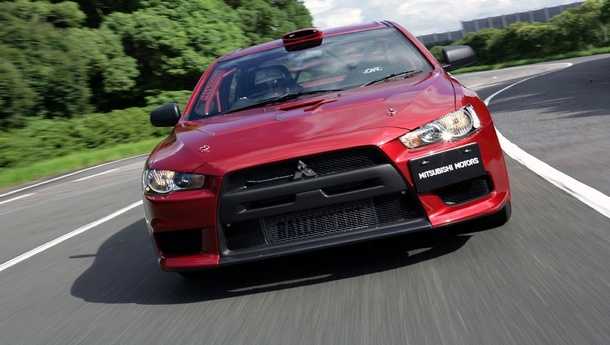 Mitsubishi is planning to up the ante in India and is seriously bringing in the Evo X as early as January 2010.

So far, there has been intense speculation about the car, going as far back as 2004-05 with the Tommi Makinen Evo VI and then in 2006-07 when the company teased the Indian public with the Evo IX during roadshows. It even brought the Evo X to the 2008 Auto Expo at New Delhi with the intent of gauging public reaction and left by just saying 'it would seriously consider if there was a market for it'.

But come 2009 and that speculation has been laid to rest. It was supposed to be here before the end of the year, but by recent remarks from senior management at HM-Mitsubishi, we hazard a 2010 Auto Expo launch, and yes, this time it is the real deal!

The Mitsubishi Evo X will be a niche product and HM-Mitsubishi will look at sales of less than 100 units a year as it brings down its rally-bred Lancer to a showroom near you. The 2.0-litre turbocharged petrol will whip up a little less than 300 bhp (rated at 276 horsepower) and accelerate from 0-100 kph in less than five seconds. The more powerful FQ versions available in the UK go all the way up to 405 bhp, but they might not be expected for the moment.

The super saloon will also feature some of Mitsubishi's well known technologies such as super active-yaw control (now called active wheel control or AWC) that uses torque vectoring technology to split torque to any of the four wheels depending on the driving situation. Six-speed, twin-clutch gearboxes might be offered on the Indian Evos, but there's no confirmation on that just yet.

HM-Mitsubishi will offer this giant killer in India as a CBU, and while prices are not confirmed just yet, sources seem to suggest as price tag of Rs 27-30 lakh may not be out of the order. With its Porsche Boxster shaming performance and staggering value, the Evo could be just the right pill the doctor ordered for performance starved enthusiasts. We, on the other hand can't wait to give you a blow-by-blow driving account on one.