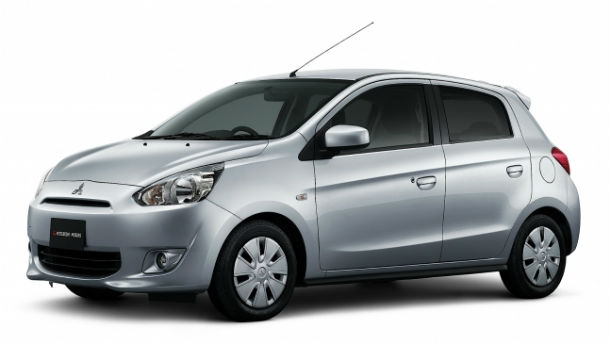 The company is far behind its aggressive Japanese competitors, selling only 4,000 vehicles annually. It is exploring the possibility of coming to India on its own and start by manufacturing its 1.2-litre small car, ECOCAR Mirage. The company has already set up another plant to manufacture the same car. It will start commercial production in April.

The Japanese car giant currently has a licensing agreement with the C K Birla-promoted Hindustan Motors (HM), which manufactures mostly executive sedans such as the Lancer and the Cedia and sports utility vehicles, including the Pajero, the Outlander and the Montero. It does not have any small car in its portfolio.

Mitsubishi has seven manufacturing facilities across Japan, North America, the Netherlands (Europe), Thailand and Philippines at present. It has 11 tie-ups for producing vehicles in another 10 countries.

Masahiko Ueki, executive officer and corporate general manager (Asia & ASEAN), MMC, said, “We will commence production of our global small car Mirage from April in Thailand. We are exploring the possibility of a second manufacturing site for the car in India.” He, however, said a final decision would be taken after countries such as Indonesia and Malaysia were looked at.

Ueki declined to specify the investment Mitsubishi was considering for the second unit. He, however, indicated the company spent 40 billion yen (nearly Rs 2,400 crore) to commission a facility to roll out 100,000 units of the small car per annum in Thailand.

Mitsubishi’s plans to enter the small car segment in India are along the lines of that project. “India is a big market for hatchbacks and sedans and we would like to enter the segment.

One possibility is to introduce the Mirage in India. We can also have a sedan based on the same platform. But to price these products competitively, we need to have some volumes and a strong distribution network, which we are trying to build through our existing products,” added Ueki.

Mitsubishi has no presence in the small car market, which accounts for over 70 per cent of vehicle sales in India. “We can also export small cars from India to neighbouring countries,” said Ueki. Asked whether a new facility could be set up in collaboration with partner Hindustan Motors, Ueki said, “Going on our own is also an option. We do not know if our operation with Hindustan Motors is good or not for the future. So, we are looking at all options.”

Mitsubishi is not the only Japanese company looking at leveraging India as a low-cost producer of small cars for the world. Nissan India, which has set up a plant in Chennai with Renault, exports nearly 80 per cent of its production. Maruti Suzuki experted over 114,000 cars from April 2011 to January 2012.

The absence of a small car has impacted Mitsubishi's market share in India. It has remained a small player, with a market share of less than one per cent. Suzuki has 40 per cent and Toyota six per cent. Both have small cars. Meanwhile, to increase its sales in the SUV segment, Mitsubishi on Monday introduced an upgraded version of the Pajero priced at Rs 23.53 lakh (ex-showroom, Delhi).