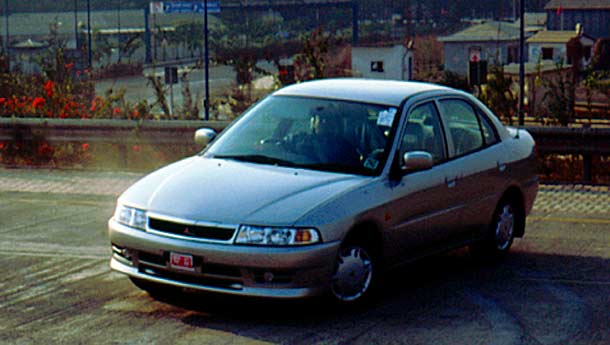 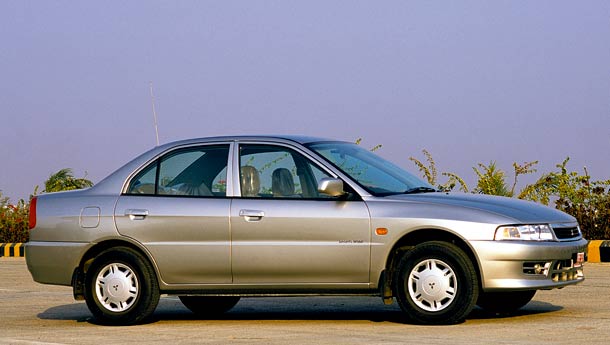 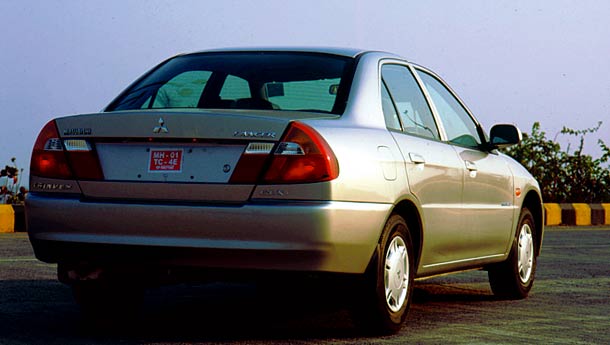 I’ll admit I’m surprised that HM/ Mitsubishi have given the Lancer an engine upgrade after all. It’s been a long time coming and I, for one, had given up hopes on it ever happening. I’m a big WRC fan and yes, I’ve always rather fancied the Lancer, but let’s face it – it’s no spring chicken. Not anymore. With its rather underwhelming 87 horsepower, 1468cc engine, the Lancer didn’t look like it could hack it against newer competition. There’s, after all, only so much that after-market alloys, skirts, spoilers, exhaust systems and fancy paint jobs will do for upping the desirability factor of a car. Two years ago, an engine upgrade would have been advisable. One year ago, it had already become an absolute must. Now, when it’s finally happened, is it too late already? Let’s see.


Change, change...
The styling is the same as ever. The car is peppered with badges (Mitsubishi, Lancer, 1.8 Invex, GLXi, Sports Mode...) and has a different front grille, but that’s about it. The new front grille looks nondescript when compared with the original, that first came on the Indian Lancer. And the car is still hugely let down by 13-inch wheels, which look really tiny for the Lancer’s proportions. These wheels wear 175/80 tyres, which also look entirely unsuitable for this car. Just look at those vast, empty wheel-arches, HM. I’ve been saying this for years now – will someone please listen? Give the thing at least 15-inch wheels (make 16-inchers a no-cost option) and some wider rubber – it will make the car look really good. And I don’t think 15-inchers will do much harm to the car’s ride/handling qualities either. And finally, panel gaps around the boot were inconsistent – not on in a car that costs Rs 8.95 lakh, ex-showroom Delhi.

Inside too, things are the same as they’ve been for ages. The same grey/ black plastics, same instrumentation, same facia. Even the Mahindras are doing beige/tan plastics for their top-line Scorpio. Even if it’s just to make things look different. Half of the Lancer’s three-spoke steering wheel is made of wood, but the glossy, dark-brown stuff is not to be seen anywhere else in the cabin, which looks a bit incongruous. Given its ‘premium’ positioning, the Lancer 1.8 would do well to have more chrome/wood/leather embellishments. And while you at it, HM, please also see if you can source better quality plastics for the Lancer’s switchgear.   Invex proportions
So is it a lost case? Is the Lancer 1.8 doomed from the start? Umm... maybe not. It has its moments. The new engine, for starters. It’s a 1834cc, 16-valve, SOHC, inline-four that makes 120.7 horsepower. That’s 34 bhp more than the old Lancer 1.5’s output and 15 bhp up on the much-missed Honda City VTEC. Torque too, is up to 16.52 kgm, a definite improvement over the old car’s 13.46 kgm. You still have to wait till we do a full road-test before we can give you performance numbers, but let me tell you this – the engine is quite a corker. It isn’t a high-rpm screamer like the City VTEC’s unit, but its thick, meaty charms are all its own.

The engine is mated to a four-speed automatic gearbox. Initially, I was quite disappointed that the new car is not being offered with a proper five-speed manual, but after driving the car, I have to concede it’s not so bad after all. That’s because the ‘box also lets the driver shift manually. There’s a ‘Sports Mode,’ which offers Tiptronic-style clutchless shifts – just nudge the lever up and down for rowing through the gears. It’s a pity you only get four cogs to play with – one more ratio would have allowed for more effective utilisation of the 120.7 bhp that the engine makes. In any case, the INVECS-II (Intelligent and Innovative Electronic Control System) is quite competent in auto mode as well. HM claim that this state-of-the-art transmission ‘adapts itself to the driving style of the person behind the wheel,’ and well, perhaps it does. Mashing the throttle pedal to the floor results in a swift kickdown and the car leaps ahead, with throaty aural accompaniments from the engine. The engine is actually quite silent while idling but the engine/exhaust note becomes more pronounced (very pleasantly so) as revs climb. If I were buying this car, I’d fit a sports exhaust system right away.   The speedo is calibrated all the way to 220 kph and I suppose the car might well do about 180 kph in the real world. Acceleration, while not exactly vivid, is in a different world from the old Lancer. Again, wait for a road test, but I’d say 0-60 kph should happen in about 5 seconds and 0-100 will probably take between 10.5-11.5 seconds. The Lancer 1.8 is, after all, 5 bhp up on the Optra 1.8 and only 5 bhp down on the very swift Toyota Corolla, so its performance should be quite something. With the right wheels/tyres, the Lancer 1.8 could be quite a tool for the keen driver. Even with things as they are, road handling is not bad at all and the car is happy being thrown around corners at high speed. Understeer, whatever little there is of it, is very mild and where you point its nose (or tail) is quite throttle-adjustable. Drive this car after you’ve driven a Baleno or an Astra and you’ll realise just how much better the Lancer handles. The steering is more responsive than most cars in this segment and the plot feels nice and taut. Ride comfort, though, is not in the same league as the new Honda City. Between the two, the Honda is by far the more comfortable – there’s also more legroom, more head-room, more elbowroom, more cabin space and more refinement in the City. The latter is just a more contemporary car, that’s all.

Lancer once more?
HM have gone on record saying that they are confident that the Lancer 1.8 Invex will be able to capture a dominant position in the Indian market, though they only expect to sell 1500 units of the car in the first year. The new Lancer is being manufactured at Hindustan Motors’ Chennai plant at Thiruvallur, which has been named as one of the best knockdown plant outside of Japan, by Mitsubishi Motor Corporation. The technology behind the car seems quite sound, though at Rs 8.95 lakh (ex-showroom Delhi), it might be hard for HM to convince buyers to bite the bullet. It’s considerably more expensive than the new Honda City and also more expensive than base-model (manual) Optra 1.8 and 1.6, which are bigger, fresher cars. It’s capable and it’s fun to drive, but it would be interesting to see how the Lancer 1.8 does in the market this time around.