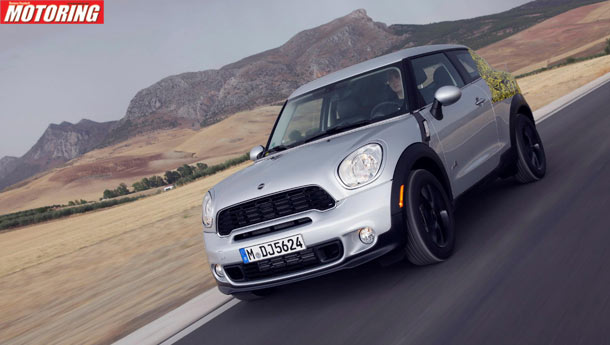 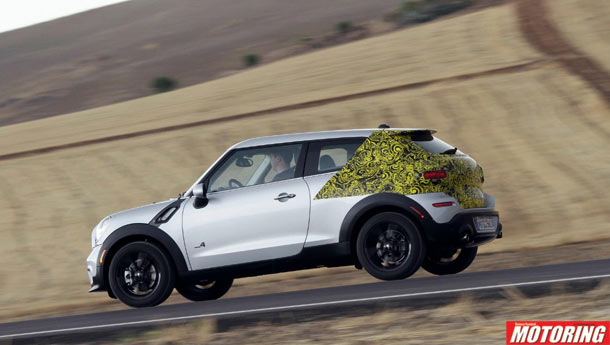 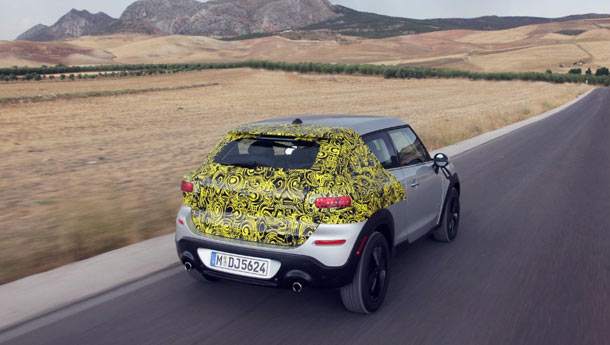 BMW has let out another one of their ‘official spy shots’ and this time it’s the Mini Paceman. The Paceman will be essentially a sportier, faster two-door version of the Countryman platform.

It was originally shown as a concept car at Detroit Motor Show in 2011, and we expect BMW to launch the seventh Mini variant in the line-up soon enough.

From what we’ve heard, the coupe-styled Rocketman sits lowers, is shorter and is 19.9 kgs lighter than the Countryman. Also, because of the Coupe styling, the rear headroom is  also less compared to the Countryman. Mini engineers are also hinting at a Cooper S version of the same – with 181 horsepower under the hood – along with the less-exciting 120/141 hp Diesel variants.

From what we can tell, in marketing speak, this is going to be a ‘Sports Activity Coupe’, adding to a long list of gimmicky marketing terms that are flooding the market these days. Keep tuned for more news!