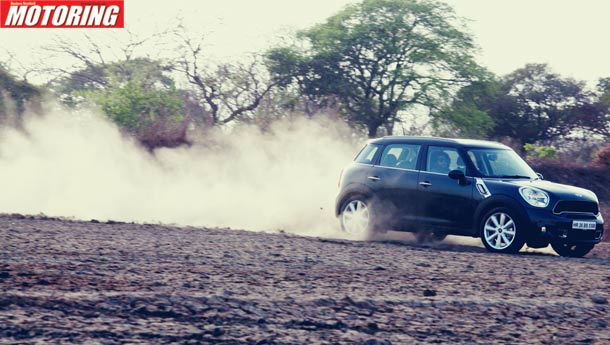 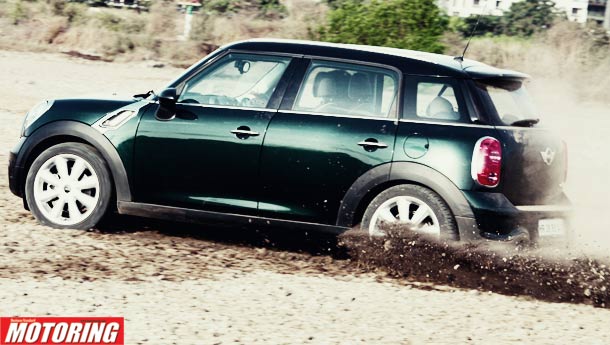 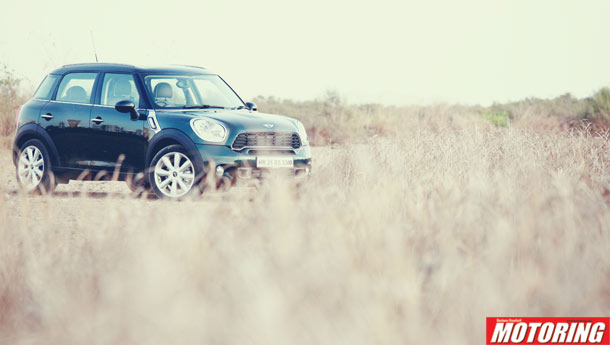 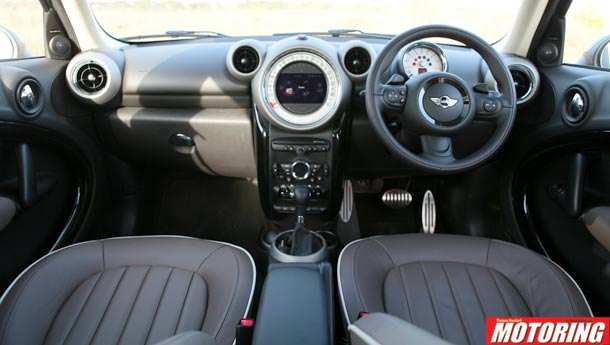 One look at it and you’ll probably mumble – ‘This isn’t mini anymore, is it?’ It’s really isn’t – think of a compact Yeti-sized tall crossover with Mini styling and the usual list of characteristically Mini idiosyncrasies and you’d get pretty close. So, in essence, think of this as the ‘Maxi’ of the Mini range, for the lack of a better (or cleverer) label. Thank God we’re not in marketing.

For many enthusiasts, for The Italian Job lovers, for Mini worshippers, this isn’t a Mini; this is a departure from what is one of the nicest and most recognizable icons in the known universe. A departure from what was one of the most iconic revivals of a brand ever in the history of mankind. That said, everyone knew that such a body style was coming all along. Don’t think that we don’t know what’s happened here – when our ever-fattening generation needed a family car, the problem was that they had to look beyond Minis because it still was a little too small for a family, though nearly not as diminutive as the classic Mini. So, the Countryman is basically a four-door, four-seat crossover for the family that looks stylish with characteristically Mini cues and at least on the face of it, promises to be a fun, funky mode of transport, a notch above the regular family car crowd.

They’ve pulled off the Mini family look rather well here, with the design and the detailing. With the blacked-out roof, cutesy retro-inspired taillamps and the cute curves all around, there’s only one brand that comes to mind when you see it. What we do have a problem with is the awkward, miffed-looking grille and headlamps that house what looks like Ironman’s bionic heart. No girl that saw it wanted to cuddle it and keep it forever, and for a Mini, that’s not a good thing.

Space is the main reason this Mini became bigger and that’s the whole point about this Mini. Space for two more seats, space for your growing tummy, lots of space for your luggage, space to be reclaimed above your head. Dimensionally, its 381mm longer, 101mm wider and 152.4 mm taller over the standard Mini Cooper S – not huge, but a significant leap. It’s fairly roomy inside – think Yeti-sized interiors – but with such a large shot of funk thrown into the picture that even James Brown himself would feel giddy. Everything is quirky, colourful, high quality and sometimes thoroughly unique. Things like the aircraft cockpit-like cabin switches, the humongous speedometer running around the circumference of the entertainment screen together resembling Mickey Mouse’s face, the retro power window knobs, the handbrake which is shaped an aircraft’s throttle stick…you don’t get this sort of quirky coolness anywhere else at this price point.

We drove the hot Cooper S version, which comes with a turbocharged, intercooled 184 bhp 1.6 motor that packs a fair amount of punch, especially as the turbo goes into over-boost near the redline. Sadly, the transmission, while completely adequate for cruising or commuting, reacts a tad too slowly when you’re going for it. Plus, since it’s not exactly as light or small as the proper Minis, it doesn’t put a smile on your face the way the Mini Cooper S does. That’s like a go-kart on excessive doses of speed while this feels like an enthusiastic small SUV, which it obviously is but this Cooper S version should’ve concealed its weight better, felt more agile, more eager. Because it’s a front-wheel driven car, the torque steer is quite pronounced when you’re gunning it and more so on loose surfaces where it feels even less planted.

Mind you, for a car in this segment, it’s still quite good fun but driving the two cars – the standard and the Countryman - back-to-back makes you see the real difference. Of course, the other critical difference is that you’d have to hack the rear passenger’s legs for them to sit comfortably in the Mini Cooper S. If it’s sheer driving fun you’re after, buy the Mini Cooper S and kindly ask your kids or grandparents or friends to take a cab back home.

It does a reasonably good job on dirt/country roads and is quite a lot of fun on the loose stuff, but the ride is on the stiffer side and you do feel the aberrations coming through, more so on the Cooper S version. It’s no dirt basher, mind you – ground clearance is good, though not excellent, as it’s got 150mm of clearance, 30mm down on the similarly positioned but way cheaper Skoda Yeti.

But here’s the bummer – because it’s a CBU (Completely Built Unit) import, our government would rather that you pay nearly twice of the car’s value abroad, coughing up incredible sums of money for taxes and duties. Which means that this Mini Cooper S Countryman exchanges hands at nearly Rs 31.99 lakhs, ex-showroom, Delhi. Truth be told, at this price, the plot is lost. Sure, for well-loaded families who truly value the Mini brand and want a four-seat runabout, it would work for them. We know it’s not a car that deserves to be judged purely objectively, but hey, when there are incredibly capable cars available at that price point and more practical alternatives that are much cheaper, if a bit less luxurious, it’s hard not to question the hefty premium.