Micra Diesel on road this December 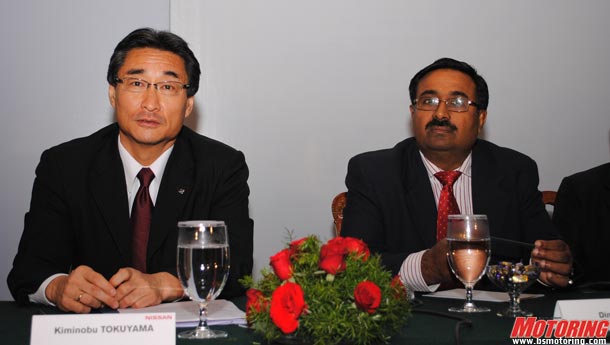 Nissan has announced that the diesel version of their small car, the Micra, will hit Indian roads this December. Sales of the diesel powered car will commence from 10th December, 2010. The

The Micra Diesel will come powered by a 1.5-litre Common Rail Direct Injection K9K Diesel Engine. The 8-valved 4-cylinder powerplant generates 47 KW at 4000 rpm. It also generates 160Nm of torque at 2000 rpm. The engine is mated to a 5-speed manual gearbox.


The company claims a best-in-class fuel efficiency figure of 23.08 kpl (as approved by ARAI).

Nissan Micra Diesel is a smart, global hatchback with an affable appearance and engineered for easy handling and sprightly performance, while realizing class-competitive fuel efficiency. The Diesel-powered Micra comes with fuel economy of 23.08 kmpl (as approved by ARAI), making it the best in its class.

Speaking on the occasion Mr. Kiminobu Tokuyama, M.D. & CEO, Nissan Motor India said, “The success of petrol powered Micra in the domestic market has given us huge confidence to introduce the Diesel powered Micra within six months from the petrol version."