Mercedes-Benz, the German auto-giant, has unveiled the vivacious CLA 45 AMG sedan at the 2014 Indian Auto Expo. It is sure a royal treat by the luxurious carmaker to its royal fan base throughout the nation. The company has hinted that this aristocratic saloon would go on sale by the second half of 2014. 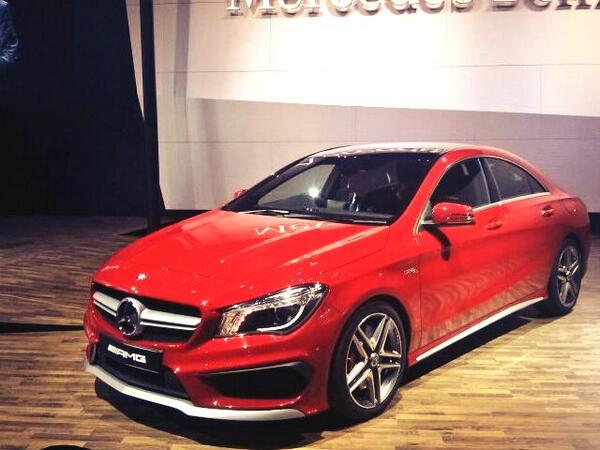 German auto-giant hasn't left any stone unturned to make it more appealing than ever. Although, it is being built on company's existing hatchbacks A-Class and B-Class platform; it can be touted as 'Junior AMG' but that doesn't deprive it of performance. This super saloon touches 100kmph barrier from standstill in a mere matter of 4.6 seconds with a top speed of 250kmph. This lightening acceleration occurs because of the spirited 2.0-litre direct-injection turbo-petrol mill that also churns out maximum power output of 355bhp at 6,000rpm. And these exceptional power figures thus make it the most powerful four-cylinder engine. A 7-speed, dual-clutch automatic transmission, transfers the power to the engine via Mercedes’ 4Matic all-wheel-drive system.