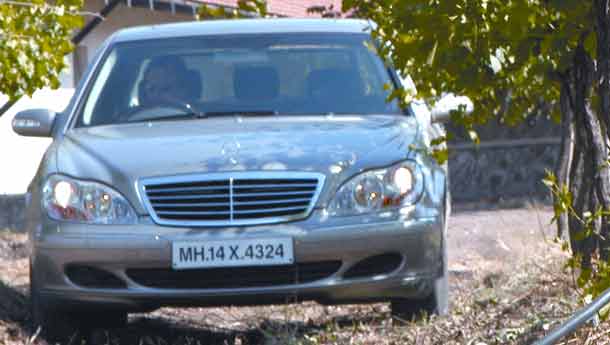 I know I am too young  to start looking at the mirror and myself and yet there are times when a bit from the past, however brief it may have been, makes a compelling beginning to a story. So this story begins in 1991 when I was a Diplomè student at Alliance Française de Trivandrum, who managed to write an essay with considerable help from classmates, winning a scholarship to ride horses and taste wine in France. So I pleaded around and collected the airfare and before I knew it, I was hanging on for dear life astride an old white horse named Grison who had a penchant for sugar cubes and young mares leading the pack. The Loire valley was green and the chateaux splendid as we trotted past them. I knew nothing about wines and horses before the seven day event and, heck, I knew nothing about wines and horses even after it.
But chasing vineyards was fun and getting drunk on rare vintages even more so. I made friends from Greece and Latvia, sold a used pair of denims to a fellow rider to fund cigarettes, tasted inedible cheese, ate decayed cabbage with snail, finished umpteen reds and whites, clutched the mane of Grison hard and slept on haystacks. And I loved every minute of it.

Gallop to 2003. I am at the helm of a Mercedes-Benz S350L on the Pune-Nashik stretch of the NH 50 and wondering whether the car is driving itself. It was about ten in the morning and we had spent a memorable day at Chateau Indage, Narayangaon (76 km from Pune), home to the oldest and the biggest vineyard and winery in India. Our destination? Sula Vineyards at Nasik, which has already built up quite a reputation in India and abroad. And believe me, our idea was to real-world test the mothership of all Mercedes-Benzes ever offered for sale in India.

The previous day had started with a blast across to the DaimlerChrysler plant at Pune in our... er, long term C200 CDI. At the plant we left the C200 and took over the Rs 60 lakh worth of sheet metal and glass we were piloting now. The S350 is now made available alongside the S320 CDI, and that means the S320 petrol will not be available any more. The S350 is the face-lifted model and our test car came wearing crystal eyelids and a stunning, darker, metallic silver paint job. Remember, Stuttgart had resisted the urge to give their cars the clear lens headlamp treatment but now they have bowed to the trend.

From outside, the S350 is so long an automobile, it can give toy trains a complex. Thanks to the new colour though, it looked smaller than what it actually is, at least when confronted front-on. While the face-lift  has literally lifted the frontal area, the rear still continues to be barren except for those overtly styled tail lamps, which might suit a Cougar better than a Mercedes-Benz.

The first part of the journey took just about an hour or so to complete and we were greeted by Ranjit Chowgule, the young, enterprising, car loving heir to Chateau Indage. Essentially a guy who knows his wines and cars, brilliant, isn’t it? ‘Don’t even come close to me with that car, I will get hooked’, he kept on murmuring. Though Ranjit drove down from Mumbai the same morning in his white Palio 1.6 GTX, tucked away in his garageback in the metro is a last generation S-Class which he affectionately calls the ‘beast.’ Later in the day he would succumb to the temptation and drive the S350 briefly, and emerge, murmuring, ‘Ah the smell of a new Mercedes!’ – all that wine tasting sure had sharpened his senses.

Ranjit introduced us to Cyrille Dufoix, his French winemaker and one as passionate as they come. Cyrille took us through the entire process of wine making, from the picking of berries (never say grapes, I learnt the hard way. That is what you eat), crushing, storage, blending and the works. And then he took a glass beaker, the sort you last saw at a chemistry practical hall, and returned with a pale green solution. We were into what is known in winery terms as ‘tank tasting’. Cyrille checked the hue of the liquid against light, almost immersed his nose into the glass to smell it, then took a sip which sent the liquid on a roller coaster ride inside his mouth and then spat it out. All in, say, 10 seconds flat. We followed Cyrille through each of the moves but instead of spitting it out, we drank the wine. Ranjit immediately recognised it as their Ivy, a 2003 Sauvignon/Semillon, a wine made of select varietals to enhance the characters of lemon, peach and gooseberry. Apparently, the finish is clean and smooth with hints of vanilla and oak. Phew. That was followed by Riviera – Blanc de blanc, a light, fresh, fruity wine with an excellent floral bouquet made with classic grape varieties of Ugni Blanc and Chardonnay. And that was followed by... and followed by...Lunch began with the award winning Brut, Marquise de Pompadour, which felt  very pally with the spicy biryani... which in turn was interspaced by various blancs, rouges and rosés. Needless to say, we decided to stay put at the guest facility for the night and poor Param was urged to use the evening light for more photography. Cyrille was playing the ultimate host and that meant more wine for dinner – a brilliant red from Australia which goes by the name Cranswick Indage, Chardonnay (bottled in India in agreement with the Aussie winery).

An early morning start was out of question but we did manage to hit the road around ten.‘Alladin would love it.’ It was Param recovering from the previous day’s hard work and he was referring to the ride quality of the Mercedes. He was absolutely right, the S-Class had no respect whatsoever for the undulations that the NH 50 threw up. The ride quality, as perceived from the front seat, was simply the best I have experienced in any terrestrial vehicle. Mind you, I was fresh from a long stint in another, smaller, Mercedes but the S ride was in another planet altogether.

And what looks like a barge of a car from outside shrinks around you once you are inside. Set the seat and the steering to suit your body and driving style, and the next thing you know, the odo has covered 100 km already. Really, you are immediately comfortable in the seven star leather and walnut (or was it mahogany?) environs and start driving the S as if it were a Maruti 800. I even forgot the fact that it costs three times the price of my house.

Forget the abundant space, superior comfort, brilliant ergonomics and superb quality of materials, what really surprises you is the way this car goes about the primary task of reducing the distances between towns. The 3700 CC motor has something like 240 bhp to offer, and to be honest with you, it feels like it can do with a lot more – till a passing glance at the speedo shows you are already doing 160 kph and there is a corner coming up. Panic braking? You must be joking. The S-Class discs haul you down without you realising it, almost as if a parachute hidden in the boot has opened up. That means there is no nose dive whatsoever and you, all embarrassed of course, will come to a halt well before the corner begins.
Take things in a more progressive manner and the S will allow you to brake well into the corners, even brake mid-way through the corner and still go around as if nothing happened. Looking for classic rear wheel drive oversteer? Go buy a Miata or an Ambassador, boy. Essentially, even a fool can drive this car without unsettling it and only God and a few wise men in Stuttgart know the kind of dynamics that this car is programmed with. The ride height of the car and damping can be controlled from inside – depending on whether you are taking salute at a parade or trying to cross the sub-continent before sunset. Unreal stuff. During this time, Param was learning to use the numerous features in the car, and that includes brilliant vented seats, lots of lights, a frivolous shaving mirror, wonderful power rear seats, smart speed-sensitive volume controls... the list is endless.

The three-pointed star was now turning into the gates of the Californian-style Sula Vineyards. Just a while ago, we had to tread though some dense traffic in narrow Nasik suburbs and I really had my fingers crossed. The narrow bit of road was shared by everything from bullock carts to trailer trucks garnished with
two wheelers of all kinds. The big Mercedes is easy to drive even in conditions it was never meant to traverse, as long as you don’t roll down the windows and spoil the perfectly chilled, calm atmosphere inside. But we had to, as we used the time-tested method of asking everyone we could find on the road for directions. So what if the sat-nav system in S-Class is not useable in India?

Unlike the chateau facade of Indage, the Sula winery (Samant Soma Wines Ltd is the formal name) has a very ‘new world’ look about it. A straightforward white structure with a tiled roof, amidst acres of vineyard should give you the picture. Ajoy Shaw is not the kind of wine maker you expect, but like the Rahul Mehrotra-designed winery building, he has an air of honesty and simplicity about him. Sula had no oak barrels in sight and the wine is kept cool with the help of refrigerated tanks, but it all looks clean and tidy. The sight of thousands of litres of bubbly going through the secondary ageing process in bottles was amazing. Later in the day, Param went berserk with the Nikon as our stately automobile blended well into the lush green vineyard.In two days of driving, we encountered some brilliant people, a great highway and a truly amazing automobile. We had another 200 km to Pune and another hour of expressway driving before we reached home. Srini was in no mood to do any wafting and was bent on exercising all those 240 horses. Horses and chasing wine. Life, thankfully is ageing well for me.

WHAT?
Mercedes-Benz S 350 L
WHEN?
June 2003
HOW?
One of the best automobiles on earth,
and do a mere road-test with it? Naah,
not for us. We took the S-Class to two of India’s finest vineyards and photographed
it there. And in the process also came back knowledgeable not only about the S, but
also on zinfandel, muscat, cabernet sauvignon, chardonnay, shiraz... By the time Param finished with the shoot, he was quite tipsy, while Bijoy was still hung over while writing the story!
WHY?
This story gave us a real high, you see. And it was not just the car.
WHAT WE THINK OF IT NOW
‘What more can you do with a scaled down Maybach!’
— Bijoy