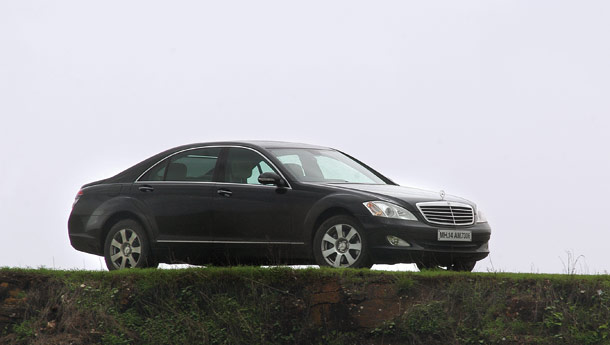 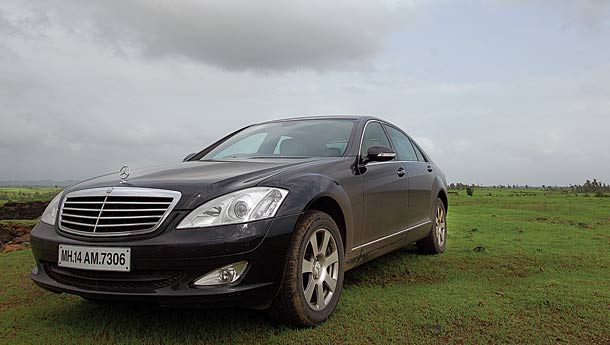 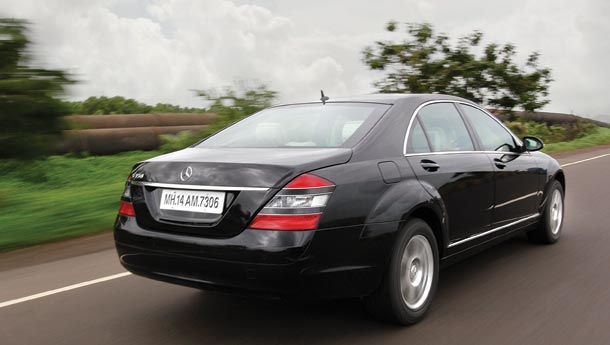 When DaimlerChrysler India called up and asked us if we would like to have the Mercedes-Benz S-Class for three days, the entire office went into a fit of story ideas. Bijoy wanted it to drive it to the centre of the Earth but that would take more than three days, and DCIL would want their car back. Srini wanted to fill it up with old clothes and toys and drive it to a village and donate them to the needy, while giving poor kids a ride they couldn’t even dream of. Awesome! But in an S-Class, we would be pushing the boundaries of capitalist-communist coexistence. Joshua wanted to compare it to the JW Marriott. ‘The S-Class seats come with a massage function that would rival a Vietnamese lady, so let’s see how it compares to a real masseuse,’ he said. Lazy bum. Pablo also wanted to do a wine-run re-run as a perfect successor to the S-Class story we’ve done earlier. Wine would be welcome, but we had an issue to send to press. I wanted to drive it to Kanyakumari non-stop. Why? Because we could. But that would have run up a fuel bill that we would have struggled to get past George Bush, let alone Business Standard’s  very own bean counters.

But none of us ever wanted to compare it to another car, at least not at this point. Quite rightly too. The S-Class might have wheels and four doors, but it really is so much more than an automobile. It is an establishment. Every time a new one is out, other manufacturers know that it’s time to hit the drawing board. This is the car everyone wants to beat simply because every new S-Class redefines the standard ever single time.

But DaimlerChrysler has been slipping a bit recently, and in that sense, this S-Class is their most important launch in a long time. If this one turns out to be a lemon, it would be time to hit the panic button. The only way to find that out was to do a proper road-test. So, here is a definitive evaluation of the W221. Read on.

Steering the boss
The S-Class has always been the boss’s Benz. This car is meant to have the presence of a dictator. It’s also meant to be timeless. S-Class Mercs don’t age, they mature, and when a new one arrives, it doesn’t render the old one passé. But what’s happened here? The symbol of permanence has just bowed to the world of automotive fashion.   A radical departure from what the earlier W220 was, the 221 is bigger, brasher and bolder. The large creased and flared fenders are a surprise though. Maybe Mercedes stylists were trying to borrow a cue from coachbuilders of yore, but it just doesn’t look right. I wish I could say that there is something very Ssangyong-ish about this car, but I won’t. Oops!

Anyway, the rear is a kind of Maybach-meets-7 Series and the entire design speaks of flamboyance that just isn’t part of the S-Class character. The W221 has gone all mortal on us. But despite the overdone lines, it does manage a Cd of 0.26 (without the mirrors), which speaks volumes about how good Mercedes engineers are in the wind tunnel (the wipers have mini spoilers, for Chrissakes!). There is technology in the body too. The bonnet, doors, boot and various underskin members are of aluminium while the entire body is stamped with dimples to increase rigidity and provide better sound insulation.

Pampering the boss
The first thing that strikes you about the gorgeous, yacht-like, leather-laden interior is the absence of the standard gear lever. And, there’s a dial that almost resembles the i-Drive, the mouse that turned out to be a spoilt rat in the BMW. But you needn’t worry because the Mercedes Comand (that’s what they call it) is much more intuitive to use. James doesn’t need to have a Master’s degree in electronics and telecommunications to drive the car anymore. Better yet, most features can be controlled via hard buttons on the dash or on the steering wheel. If you absolutely refuse to lift a finger, many of the systems are also voice-activated.

The other bit of gizmo-trickery is the speedo. It’s there, yet not there. It’s really a screen that has the speedo projected onto it and when you want to change something, let’s say the radio station, the ‘needle’ dims in the centre and makes way for you to see the radio station. It’s surreal and you really have to see it to believe it. The real advantage of the screen though is when you have the Night View Assist option. This has two infrared headlamps that project an image of the road ahead on the screen. You could drive even with your headlamps off, just like the Terminator.

To make the big Merc go, you turn the key, move the column-mounted gear selector down to engage drive and move off. You could release the electronic parking brake, but there’s no need, because it does this itself. On the run, everything is ultra-quiet and it’s like you are moving in a library. You really can hear your insides churn over the engine note. The transmission too plays its part in this silent act and if you aren’t paying attention, you wouldn’t notice the gears change. Everything happens so calmly, you would think the 350 is underpowered.

Until you engage the Sport mode. A button like that sounds out of place in this car, but instead it actually lends the S-Class some character. As do the shift-buttons that are behind the steering wheel. Once in Sport mode, the throttle becomes much sharper, the suspension firmer, the engine revs harder and the entire car transforms itself from being a QEII to a destroyer. A real luxurious destroyer.   Moving the boss
The S350 will hit 60 kph in 4.14 seconds and touch the 100 kph mark in less than 8 seconds. Seriously quick times for a car that weighs almost two tonnes. You sure don’t feel you are travelling that fast until you look down on that simulated speedo needle suddenly pointing to the fun end of 160 kph. Few cars accelerate as quickly with so little drama. Although the engine makes a good, meaty sound, it is never loud, just tuneful. On our top speed runs, the car hit 220 kph quite easily until progress was halted by slower vehicles, but we are sure the claimed figure of 250 kph is easily achievable.

The best news with regards to the driving bit though is that Mercedes hasn’t switched to an electric power steering system. Likewise,
even the brakes are the traditional favourite: hydraulic. Despite this, the steering feels rather dead around the centre and isn’t convincing enough to make you feel in touch with what’s happening under the tyres. Having said that, even in the comfort setting, there is no sogginess in corners. And here’s a tip. Unless you are getting late for a ‘hostile-takeover’ meeting, have mercy on your spine and resist shifting to the Sport mode. The suspension just becomes way too firm to manage the high-quality Indian potholes.

Protecting the boss
In terms of safety, this car has absolutely everything that you can name, and then some. There is ESP, airbags, ASR, Brake Assist Plus, Pre-Safe, Distronic Plus, Adaptive Cruise Control... The seats are intelligent too, as they brace for impact and return to the safest position if the car detects an impact. As are the brake lamps which start flashing in case they sense an impact. As are the head rests, which move forward in a rear impact to reduce whiplash. As are the brakes, that activate once they sense you are too close to the car ahead of you. While other cars might protect you after the impact, an S-Class acts much before any unintentional contact. Now that is what I call moving the safety goalposts.

Verdict
After driving the S-Class for three days in every possible condition and every possible surface, it appears that the big Benz’s reputation is secure. The car oozes sophistication from every crevice. In the S-Class, the technology actually works for you without intimidating you (stand up, 7 Series). This is great news, because the S-Class does represent a significant advance in automotive wizardry. It sure is dramatic departure from the stoic, conservative Benzes of yesteryears, but it still does what an S-Class is supposed to do – that is, show us what the future will look like. I only wish it was more beautiful. By the way Josh, we can’t do your Vietnamese lady idea. This car’s seats don’t have a massage function. BSM