Mercedes-Benz has revealed its 2017 SLC roadster ahead of its display at 2016 Detroit auto show. Also known as ‘facelift of SLK’, the car has got numerous changes on the front as well as on back.

The yet-to-be-launched vehicle of Mercedes is able to combine the design of its predecessor (SLK) with a more rounded look and gets a new front bumper. Re-designed headlights with an all new diamond grille give the front fascia of car, a fantastic look. The German carmaker has given a sportier look at hte rear as well with a new bumper with reworked taillights. The dual exhaust system introduced is particularly stunning.

Talking about the interiors, SLC largely gets the same interiors as its precursor. Changes include a sportier steering wheel, reworked instrument cluster and an all-new COMAND infotainment system. 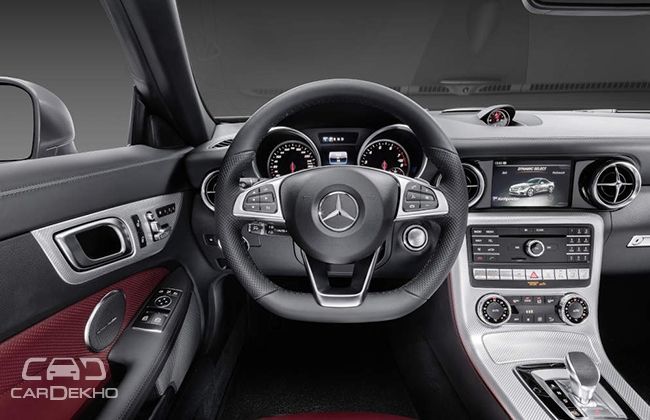 Mercedes has offered SLC with a “Dynamic Select” system standard for both SLC300 and SLC43. This system has various modes (like Comfort, Sport, Sport+, Eco, and Individual) and whole configuration of the engine, transmission, steering, and suspension depends on the mode selected.

The car will be available with two engines in the United States. SLC300 comes with a turbocharged 2.0-liter four-cylinder engine (less powerful engine) while AMG SLC43 has a twin-turbo 3.0-liter V6 engine (more powerful engine). While the former can deliver a maximum power and torque of 237 bhp and 369 Nm respectively, the later is capable of producing 357 bhp of power and 520 Nm of torque. 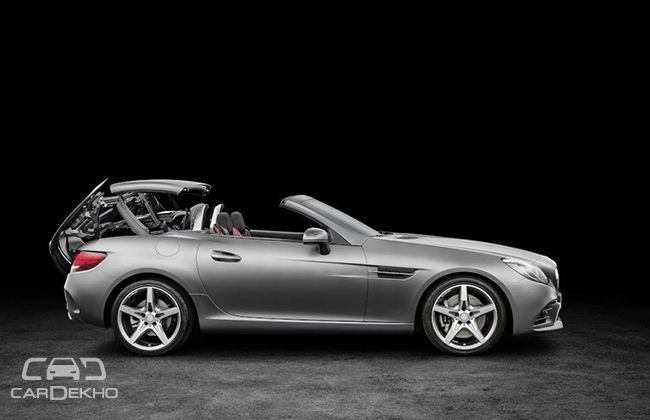 SLC features the Active Brake Assist system where the car will automatically apply brakes if the collision is imminent and the driver fails to respond. Apart from this, it also has a retractable hardtop which can be opened or closed at a speed of 40 kmph or less.