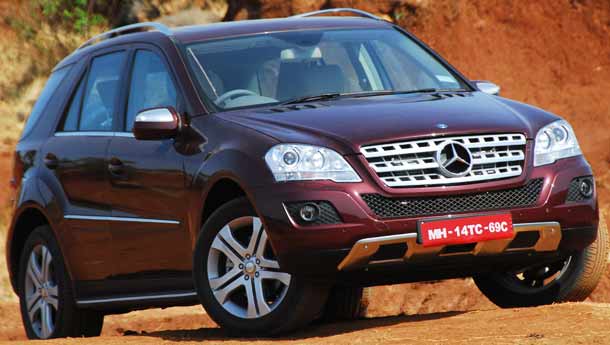 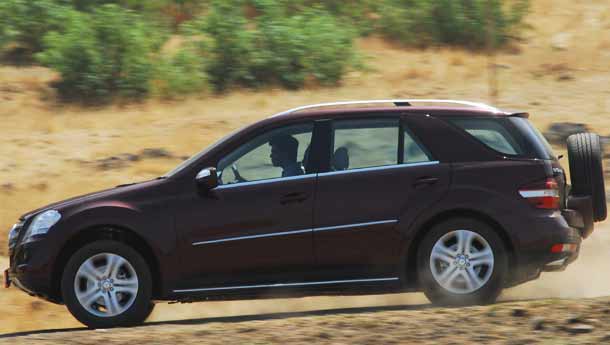 A good road tester always reads up on the car he is about to drive before actually landing up with its keys. A good road tester also carries a specifications and features sheet to verify minute changes, even if it’s on a facelifted model. But I did neither. Expecting the new M-Class to have the same ‘1,000 plus changes’ like its other Merc brethren, I also came along with expectations like new suspension bits, quicker steering rack, better comfort and pliancy, some reduced weight, lighter wheels, a bit more power etc etc. Having driven the pre-facelifted ML a while ago, I came to the conclusion that this one drove better and seemed to have some changes, though not very apparent like the rest of the usual Mercedes facelifts. Then as I stepped into the office and did a background check, my jaw dropped, the hand went straight on the head and everyone around me enquired about my distraught look. This, indeed in the face of a facelift was just a facelift. There were no ‘1001’ changes or even a mild tweak in horsepower. And while no one was looking (you think so – Ed), I reduced the page count of this story with a silly grin on my face. Heh!

Not that the current ML, that has been on sale for around three years is a bad example. Far from that, it’s been a revelation over the last generation that brought Tuscaloosa, home to Mercedes’ largest selling SUV some sort of disrepute. No more shifty plastics and poor knobs – this is a proper Mercedes-Benz and you won’t confuse it for anything else. It also drives better, handles better and is a more holistic experience.Magnifying glass in one hand and notebook in the other, I made a list of the changes. It’s not very apparent at first, but the front bumper is new. There’s also a new lip guard that makes the car wider and more aggressive in its stance – thanks also to the incorporation of new design fog lamps. New external rear view mirrors and rear bumper with integrated indicators (which I feel are prone to break) are part of the facelifted package. On the inside, the ML is brimming with a lot of features – like the comfort/sport and suspension lift buttons, a new Bluetooth phone system and auxillary connections for your phone or iPod that also charges your iPod while on the move. New features also include artificial leather on the doors, a new shift paddle system, four-way lumbar u nits and a new media interface.
So this is a facelift then for sure. However, Mercedes-Benz also claim improved fuel consumption due to changes in the engine management system, with nearly 10 bhp and 2.5 kgm of additional torque.

To check that out, we strapped our testing equipment on the ML and were happy to note that this ML does indeed go a bit quicker. From a standing start, 60 kph comes up in just under 4 seconds. With really good shove and better kickdowns, the ML reins in the 100 kph mark in a little over nine seconds. It’ll keep at it till somewhere past 200 kph, before the bulk of this two-tonne SUV gives up the fight with the wind.What is important to note is the overall refinement has improved in terms of NVH. There is even less of whatever little clatter filtering in. The steering lacks directness at low speeds but as it climbs into three digit figures it gets progressively tighter. It doesn’t corner as well as the BMW X5, but it has decent grip nevertheless, with a hint of body roll. Ride is slightly on the firmer side, yet it doesn’t feel intrusive, nor does it wallow as much. With the height adjustable suspension at work, the ML also works pretty well off-road. Decent attack and departure angles and the 4Matic system make it quite capable off-road. My only gripe is the paddle shift system that can be pretty confusing, where the paddles work for upshifts and the buttons for downshifts and that can be a bit disconcerting as you fiddle around just when you want to power out of a corner.   Which brings me to the question – is it worth it? Well, Mercedes-Benz think that for a basic ML320 CDI, Rs 56 lakh, ex-showroom, Delhi works out just fine. Which, even in standard trim is pretty decent value when compared to its competition. Except that maybe Mercedes should have just done a bit more weaking to some more areas for bragging rights. At least then I would have had a good excuse to give for not reading up.