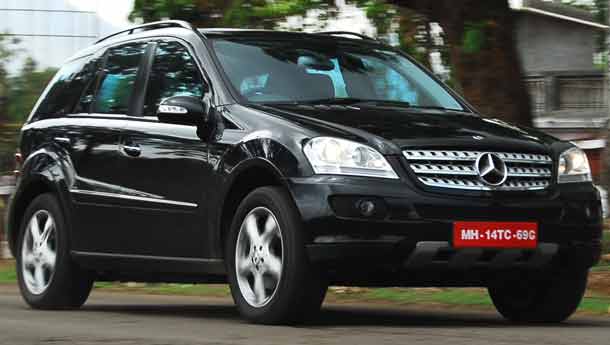 I am coming round a corner with the throttle pinned. The apex of the left-hander in question is a crest.
The sort of situation where you don’t know which way the road would take. Still, you don’t want to lift off because you are looking forward to the challenge. You check for a bit of help from the tree-line. Nothing. Then suddenly, you are already on top of the crest and you gladly notice that the asphalt strip plateaus for a good 300 metres before it starts on an almost romantic wind down.

Welcome to real world driving on a good road. Ah, what fun. The sweatlet that found its way to my cheek be damned.My first memories of the old Mumbai-Pune highway is from the window seat of a state transport Asiad bus more than a decade back. These white-and-green buses were introduced during the Asian games and the name stuck. They still ply the route. I remember the progress of the journey, the mandatory tea stop at Lonavla, the chikki sellers and the final trundle towards Pune. It took more than five hours for a journey that takes less than three today thanks to the brilliant Expressway.But as it is with old roads anywhere in the world, the charm is still there to be exploited. Sure the ‘famous’ tea stalls have closed down, fuel stations are rotting, sprawling resorts are devoid of neons. But the road is still good. Actually it is better than ever before thanks to double laning, neat surfacing and enough turns to keep a driver occupied. If you have a decent enough machine to drive or ride there, is no point in paying a hefty toll and taking the nearly arrow-straight Expressway. Any kid can stand on the accelerator pedal and do insane speeds on that road. But the old highway demands attention – the corners tighten suddenly, there are unmarked intersections and cattle roam free. And did I tell you there are corners?

So after a few years of honeymoon with the Expressway – which included blistering blasts in Ferraris, Camaros, Lamborghinis, Maseratis, many Mercedes-Benzes and BMWs – it was time for me to take the deviation at the McDonalds at Kalamboli, beyond the peripheries of suburban Mumbai and point the nose of the Mercedes-Benz ML320 CDI to the old NH4. And guess what, it turned out to be tremendous fun.
Mercedes-Benz made the first M-Class SUV two years before BMW reinvented the segment with the X5 and many years before Porsche decimated all competition with the Cayenne. The body-on-chassis ML built in Alabama had neither the genes of the G-Wagen nor the build quality of a W124. Instead it had panels gaps that made Jeremy Clarkson abuse it by inserting whole fingers inside and on-road behaviour that was more truck than car. But it had powerful engines and it could haul mass in the form of boats and caravans. It did the job but Stuttgart got the message as BMWs started moving off the showrooms as well as around corners faster. So the replacement, which comes exactly a decade later, features monocoque chassis and independent suspension all round. And,this Mercedes-Benz insists, has not lost its ability to go off-road. Not that many owners took it to casual spins from Windhoek city to Lamberts Bay across the Namib desert every other weekend.

At first look, the new M-Class is just an evolution but on closer inspection you notice that it is better built and finished. Much better built in fact. There are hints that the new corporate face of Mercedes-Benz cars was decided half a decade back when these designs were frozen. So you get the three-slat grille with the giant star right in the middle and flanked by trapezoidal headlamps (ditto the new C-Class). Flanks echo design cues first seen in the new S-Class – muscular, almost retro wheel arches filled with 17 inch alloys. The car looks squat and purposeful on the road but looks a bit ungainly when raised on its ‘Airmatic’ legs for possible off-road use. While the complex greenhouse structure (arrived at by acres of blacked-out glass and pillars) works fine, there are details that make you scratch your head. For example, the faux perforated grille on the rear bumper sure reduces the visual mass but the fact remains that it is a sticker, and in my book there is no room for adhesive based afterthoughts in a design signed off by Mercedes-Benz. Quick comparison? The Audi Q7 is decidedly too big and the Porsche Cayenne looks like a Dilip Chhabria job on an Ambassador. That leaves us with the brilliantly subtle new X5 to which the ML will have to play second fiddle to. And we are talking just design here.

Where the Mercedes takes the traditional route and triumphs over the X5 is in the interior department. While the BMW tries hard to be techno-cool, the Mercedes favours a simple layout that works extremely well. The test car featured suede finish leather combined the familiar hide, all held together with some fine baseball glove stitching (not like in the 1997 SLK, still). The black and white dials are classy and easy to read and rest of the controls are easily accessible. My worry though is with the idea of a column mounted shift lever for the 7G-Tronic gearbox and the foot-operated parking brake. While it all works well with experience, you don’t really want to be encountering a 45 degree slippery slope in the first ten minutes of familiarisation with the ML. You are bound to panic and pull a grab rail thinking that it is the hand brake lever. But then, I told you, Mercedes realises that most of their buyers are not going to take this machine off-road, so it enabled them to share stuff with other road cars from the stable. A powerful engine means extremely good airconditioning that thwarted the pre-monsoon June heat that made up the not-so-ideal road testing conditions for us.

Some time late May, I had a stint with the Mercedes-Benz S320 CDI (full road test in the next issue) and came back thoroughly impressed by the advance Mercedes diesels have made. It is the same engine that powers the ML320 CDI but develops only 224 bhp. But fret not, what matters is hauling power and 51 kgm of torque delivers just that, that too between 1800 and 2800 rpm. This V6 is slightly noisy on idle but on the move it is as refined as many a comparable petrol motor and better when it comes to power delivery. A power-to-weight ratio above 100 bhp/tonne is impressive for an SUV and it shows in the sheer numbers thrown up in the road test. The ML320 CDI will sprint to 100 kph in under 11 seconds – that is barely two and half seconds off the time of the 272 bhp, V6 petrol powered version!The old Mumbai-Pune highway with relatively light traffic gave ample opportunity to stretch the legs of the ML320’s powerhouse. There are buttons beneath the steering wheel that let you work the autobox manually (again, I am not a big fan of this trickery – not even on a Lamborghini) and this works well when you need to down-shift and shed some speed in a hurry.  For most part I was comfortable leaving the tiny column mounted shift lever in D (blame the current 7 Series BMW for these column mounted shifters) and enjoy the road to the hilt. Though the car features permanent four wheel drive, it drives like a rear wheel driver most of the time. This car has adequate grunt for overtaking on our roads and anything more can aptly be called an overkill. Those who are paying through their noses for the ML 500 version (306 bhp!) and the insane AMG variants should build their own personal tracks and invite BSM to have a go to justify pampering their egos.

Taking a detour we did a bit of off-roading just to check the claims of Mercedes-Benz. The Airmatic suspension raises the car and it can be driven over rough roads without fear of grinding its belly. Slower speed manoeuvres were a breeze and we were quite impressed by its approach and departure angles. Mercedes provides the option of a comprehensive off-road package complete with low-range as well as lockable differentials (all electronic, via buttons).  Maybe we should include the ML320 CDI in our upcoming slushfest, what say?

There is a degree of perceptible body roll when you push the car into corners but it is not something that will make you go any slower than what you are doing. Sure, the steering could have been sharper (BMW X5 scores in this front) to enjoy the otherwise agile chassis. With the dampers on sport mode, the body roll is reduced and the ML starts behaving more like a sports car than an SUV. The ride, while on sport mode, is thrashy though. But thrumming that diesel motor through a well laid out gravel road should be real fun indeed. The X5, with its double wishbone front suspension and active steering, may have the measure of the ML at Nurburgring, but there is no questioning which of these machines you will want to be piloting when the going gets rough. For approximately Rs 68.9 lakh (ex-showroom), you do get a very well built Mercedes that is powered by an engine that can be called quite a marvel in engineering. It may look like a steep price tag to pay, but to those who are looking for a second car to, say an S-Class, then it all makes sense.

So we drove down the old road to our hearts’ content, stopped for Aman’s Nikon in front of derelict hotels and fuel stations (the images are not exactly Route 66 stuff, but we managed what we could) and drove even more.

Then as the drive was winding up, I saw an exit from NH4 that invited me to sample the Expressway. And off we went in a flash, and before we knew it, the ML320 CDI was doing magnificent speeds and heading towards Pune again. I know, it is illegal stuff and not very responsible behaviour in an SUV. Actually, come to think of it, this is the fastest I have driven an SUV in my life. Why did I do it?
Maybe because it was there.