Mercedes-Benz GLS Launched But Wont Be Available In NCR

Mercedes-Benz has launched its flagship SUV, the GLS. Essentially the GL-Class, the GLS is touted as the S-Class of SUVs. With the production of the GLS 350d already initiated at the Chakan plant, the GLS will go head on against the Audi Q7 and the Volvo XC90. 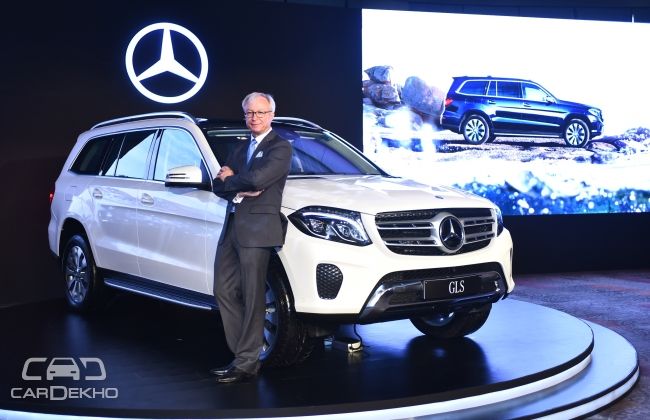 For now the GLS will only be available in a diesel trim, the 350d, which gets a 3.0-litre V6 diesel engine churning out 255PS of max power and 620Nm of torque. The engine is mated to a 9-speed automatic gearbox that powers all four wheels via Mercedes' 4MATIC all-wheel-drive system.

While this might be a brilliant engine, it still won’t make it to the showrooms in NCR since the ban on diesel-engine cars with a capacity of 2.0 litres or more continues. This ban has put homegrown car manufacturers like Mahindra and Tata Motors in a fix as most of the SUVs boast powerful engines which are above the 2000cc category. But it's not just these manufacturers that have to face the brunt of this order. The new Toyota Innova and Fortuner, along with a barrage of models from Audi and BMW, have also come under the diesel ban hammer.

According to the Supreme Court, the vehicles affected represent about 2% of the company's total monthly sales. While some like Mahindra have resorted to 1.99 litre engines to make the cut, manufacturers like Toyota have decided to stand firm against the Supreme Court ban, flatly refusing to alter the size of the engines in their cars. Expect Mercedes-Benz to tackle this problem by bringing in a petrol variant of the GLS soon. Keep watching this space for more!