Revealed through its official Facebook page, Mercedes-Benz India will launch its much awaited GLA-Class on the September 30th. Dealers have already started taking the pre-bookings for the vehicle. 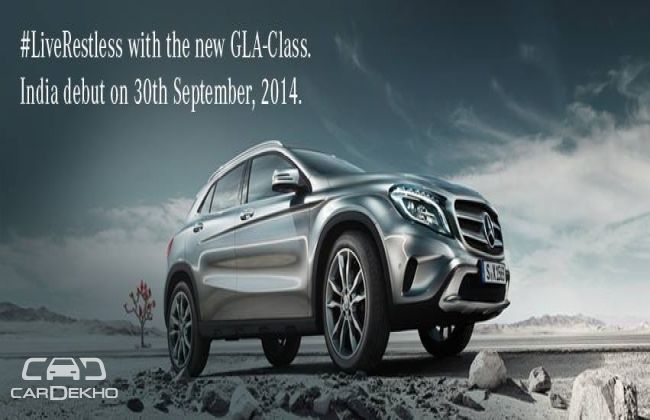 The GLA-Class was first showcased at the Frankfurt Motor Show last year, and Indian market will be one of the fastest to get it. Based on the brand's MFA platform, GLA shares several of its parts with the A-Class and the B-Class. Expect a GLA 180 petrol and GLA 200 CDI to make its way in the beginning, and then maybe a GLA 250 4MATIC will not be introduced for the time being. Following the footmarks of its siblings- the A Class and the B Class, the GLA-Class too would come into the country via the Complete Built Unit (CBU). 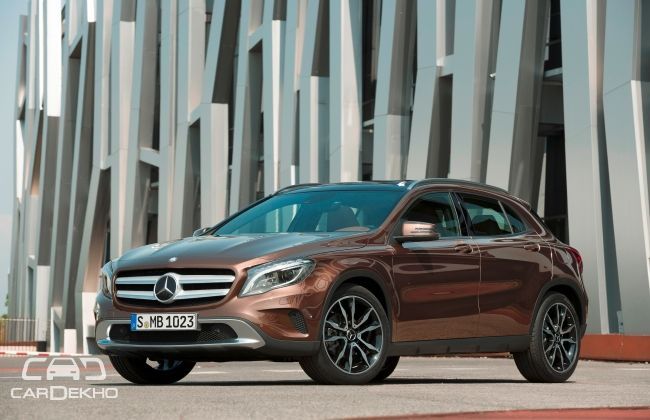 In terms of engine options, the petrol variants of the car comes packed with a 1.6-litre turbocharged mill, capable of 155 bhp and 250 Nm of peak torque. Whereas a 2.2-liter four-cylinder unit, rated at 135 bhp and 300 Nm of max. torque will be doing its duty under the hood of the diesel trims. Both engines comes coupled with a seven-speed dual-clutch gearbox. Optional paddle shifters for the petrol avatar is also expected. 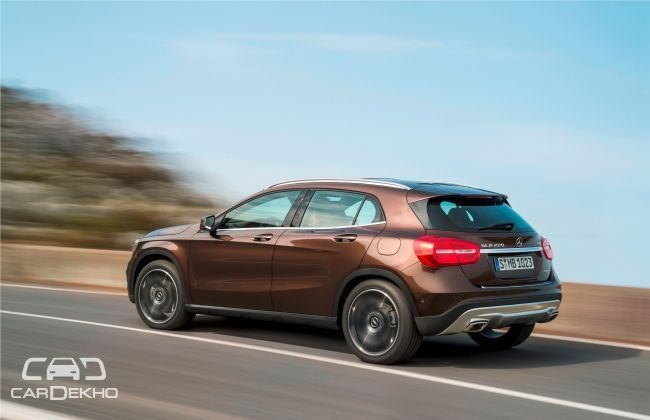 The international model of GLA comes equipped with 18-inch alloy wheels, automatic bi-xenon headlights with LED daytime running lights, nine airbags, Bluetooth connectivity with audio streaming, dual-zone climate control, reversing camera, a six-speaker audio system. Though what Indian spec. model would get, is yet to be seen. With an expected pricing of about INR 30 Lakh (ex-showroom), the car will compete against the likes of BMW X1, Audi Q3 and Volvo V40.