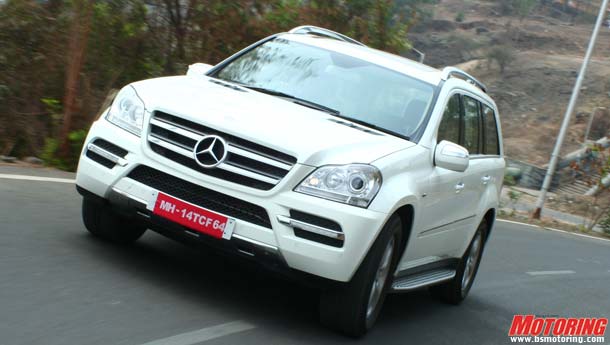 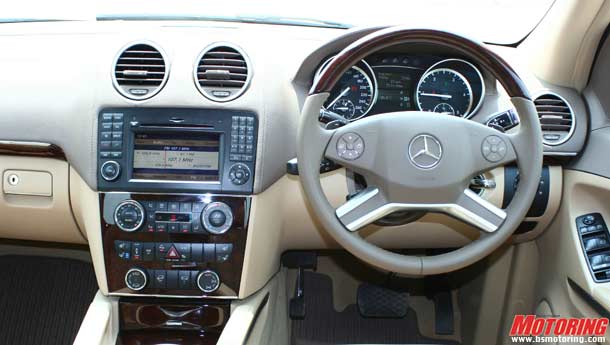 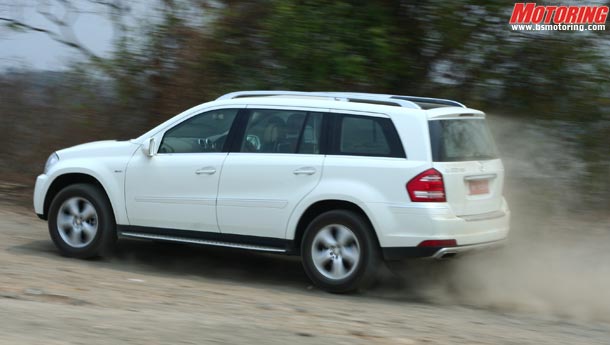 The Australians call them unsealed roads. A very apt name for what is essentially a broad path for vehicles that wends its way through the outback. The unsealed bit means there is not a trace of tarmac, there are hardly any road markings and the road is exposed to the outback on both sides. So the chances of an occasional emu, big lizard or a ‘roo straying into your path is very high. And the road surface? It’s just fine sand and gravel. Now imagine covering over 400 kilometres of this at a consistent 90 kph and above. Though you can drive on unsealed roads in a normal passenger car, you’re better off in a big SUV with permanent 4WD. Thankfully, Bijoy and I had one.

For those who came in late, our big 10th anniversary drive for the January 2009 issue of our magazine was a huge 2,700-km long loop through the state of New South Wales in Australia, which we covered in a white Mercedes-Benz GL 320 CDI. It was the perfect vehicle for that epic run, and the big star more than proved itself on the 400-odd km stretch between Menindee and Pooncarie. Permanent 4WD meant that the massive Michelins were never lacking in help and the burly 224 bhp V6 kept the pace without flagging off. In fact we had even set our cruise control to the max permissible limit of 110 kph, but the electronic systems had given up fighting for grip over a long distance, so that left control of the accelerator pedal back with us.

Still, except for that little bit, the GL was completely up to the task. It kept gunning through that vast wasteland; nobody told the Merc that it was not exactly the autobahn. We left behind a twin-trail of dust across that 400 km as the GL bucked up and down the rough stretches and just about controlled itself from going sideways on the gravel. With centre and rear diff locks and a host of other electronic tricks, the GL was completely composed. Inside we were as cool as the proverbial cucumbers — not even the harsh southern hemisphere afternoon sun could penetrate the thick glasshouse of the GL. The music was floating through the divine speakers while Bijoy and I were discussing what we would see at the Mungo National Park, as if it were a normal commute to work. In other words, inside the SUV, there was no intrusion of the harsh outdoors. A couple of days later, we would discover sand deposits in various hidden parts of the GL, but the superior engineering and quality of the Merc meant that the fine sand never had a chance to penetrate insidiously into the car.

That was just one instance of the ability of the big Merc. Within Australian towns, it cruised past as heads turned to see the white, muscular mass while on the highways, even the massive road-trains refused to budge the SUV from its intended course. Usually when these big rigs pass by at speeds, their wake is enough to send you off the road, so you have to hold on to the steering tight and maintain active control of your car. But not with the GL — it just kept going undisturbed.   You must be thinking why I’m dwelling so much on the Australian drive instead of telling you how the car feels in India. One, driving 2,700 km in a car and virtually living out of it, it’s as good as a 2,700 km road test. The GL showcased its brilliant capabilities throughout the drive — its fantastic ride quality, its superb handling, its quick straightline acceleration, its nimbleness despite its size, etc, etc, etc. And two, there was barely any difference between the two experiences, barring the additional usage of the horn and the brakes! Oh, and the engine is a bit more eco-friendly as well.

Displacing 2987cc, the common-rail, turbocharged V6 develops 224 horses at 3800 rpm (yes, the same as the 320 CDI, Mercedes-Benz has done some jugglery with their nomenclature since then) and a massive 52 kgm of torque beginning from as low as 1600 rpm. The engine is a proven unit, with more than adequate performance when you need it. It is capable of hauling the 2,450 kg Merc to 100 kph inside 11 seconds, while its mid-range is equally good — 80 to 120 kph is accomplished in 7.9 seconds while 100-140 kph is dismissed in 10.3 seconds.

For a six-cylinder diesel, that’s pretty good by all standards — if you still want to outgun your neighbour’s hyper-tuned Octie RS, the GL’s international lineup also includes a bunch of V8 options, including a diesel. While more power is always welcome to move the huge mass of the GL, suffice to say that the 350 CDI V6 will not fall short under most circumstances. In any case, if you want to extract more from each shift, all you need to do is use the paddles and take control of the 7G-Tronic, which allows you to hold revs more than what that tranny will allow you.

One more thing. This unit is one of the BlueEfficiency engines, which means it is devised to decrease fuel consumption. You know, the automatic transmission shifts to neutral automatically when idling, there are a host of aerodynamic bits built into the revamped front-end, there’s an electro-hydraulic steering setup and what not.   But the GL’s piece de resistance is not the V6 motor, the clever transmission or the fuel efficiency bits. It’s the way that huge bulk shrinks when you’re behind the wheel. Here’s a full-blown 7-seater Mercedes and it thinks it’s a BMW when the twisties come up. The GL wears its weight gracefully and its unitary construction and the underpinnings come together to make the SUV remarkably nimble. In other words, there’s a happy mismatch between what you’d expect from a car of this size to behave and how it actually behaves. It sticks to its line and offers you the confidence to take corners at a higher speed than you’d intended.

The steering feedback is also unusual for a Mercedes — it’s not soft and easy like in the sedans; it is perfectly weighted, the way it should be in an SUV. The best part is that the GL is equally adept on tarmac as well as on the rough stretches. Unlike many other SUVs, the GL is a true offroader, with ride height control, manually engage-able diff locks and other bits like downhill descent control or hill start assist. Not just that — even the ABS system is tuned for braking on gravel. Usually, ABS is not exactly helpful over poor surfaces, but the engineers at Mercedes have ensured that the wheels actually lock depending on the surface, speeds and other inputs. Then there are the ride settings on offer — comfort, sport or automatic. Whichever you choose, the car cossets you well. And when you go thumping all over the landscape, all you hear are muffled thuds inside the car, like distant thunder.

When we were testing and driving the GL, it attracted lots of stares. I am sure the revised front-end with daytime running lights and dashes of brightwork did their job. And it quite impressed this burly goggles-wearing, bejewelled, white shirt-pant-sandals politician lookalike from interior Maharashtra, who jumped out of his Innova to look at our car right in the middle of the highway. And he didn’t blink when I told him it would cost upwards of Rs 70 lakh (it’s Rs 64.9 lakh ex-showroom Delhi). Still, that shouldn’t stop you from getting yourself one — just don’t get one in white, that’s all. And given a chance, even if you don’t drive it in Australia, do go on a 2,700 km round trip inside India with it. It will be a terrific trip, I promise.