Mercedes-Benz F105 Luxury in Motion is a self-driving lounge

Self driving cars, the future technology that we have seen in many sci-fi movies, are all set to take the roads soon. With many companies putting many millions of money and kilometers into the self driving technology, Mercedes-Benz, which has pioneered many innovative technologies, has now revealed a self-driving luxury sedan, F 015 Luxury in Motion. Mercedes-Benz believes that by 2030, the number of mega-cities with more than 10 million inhabitants will increase from about 30 to over 40 and automated driving will be the way forward. Making its world premiere at the International Consumer Electronics Show 2015 in Las Vegas, the F105 Luxury in Motion looks more like a lounge than a car inside, elevating comfort and luxury to a new level. 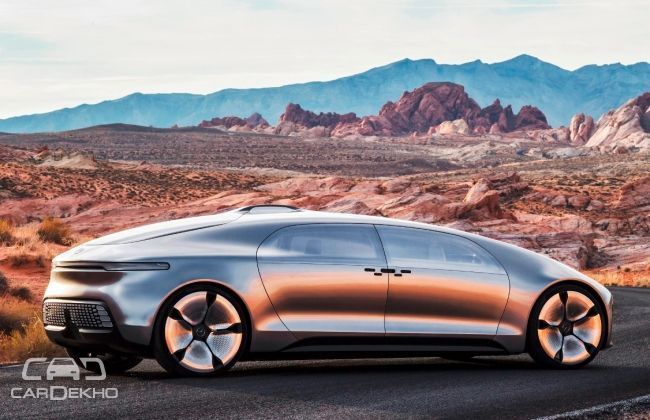 "The single most important luxury goods of the 21st century are private space and time," says Dr Dieter Zetsche, Chairman of Daimler AG and Head of Mercedes-Benz Cars. "Autonomously driving cars by Mercedes-Benz shall offer exactly that. With the F 015 Luxury in Motion, this revolutionary concept of mobility becomes tangible for the first time."

Dr Zetsche further added, "Already two years ago, with the S 500 INTELLIGENT DRIVE we showed on the historical route Bertha-Benz took in 1888 that we have the technology which makes autonomous driving reality in everyday traffic. We have a master plan in place to take the big leap required getting from technically feasible to commercially viable. The F 015 Luxury in Motion demonstrates where this may take us." 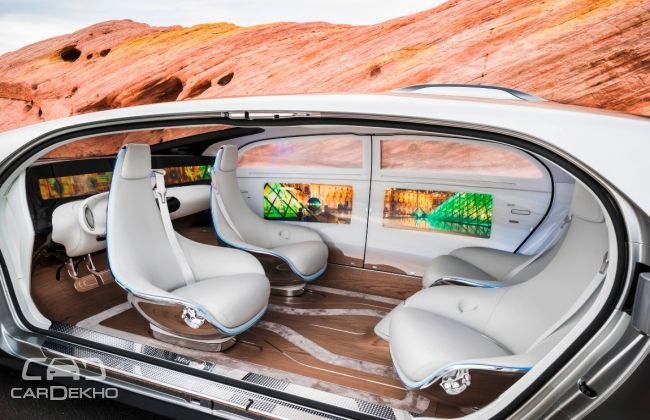 The F105’s key feature is the variable seating system, with four rotating lounge chairs allowing face-to-face seat configuration and passengers can use their time aboard to work, to relax or to communicate. In order to make getting in and out of the car easier, the electrically powered seats also swing outwards by 30 degrees as soon as the doors are opened. 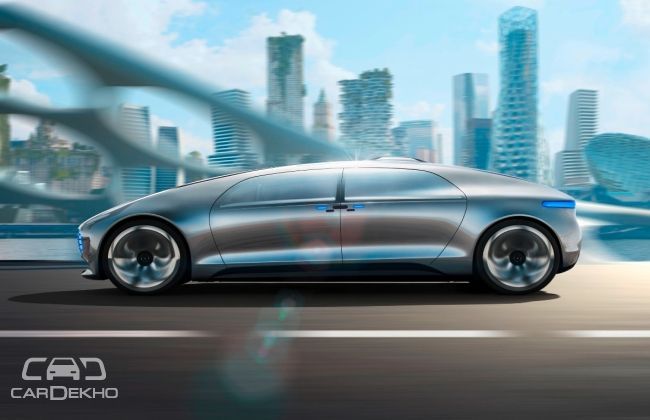 Another key aspect of the research vehicle is the continuous exchange of information between vehicle, passengers and the outside world with the help of six display screens integrated into the instrument panel and the rear and side panels. The car is also laden with high tech features where the Passengers can interact intuitively with the connected vehicle through gestures, eye-tracking or by touching the high-resolution screens. The concept employs laser projection and LED displays, to establish contact to the outside world. Looks like the future is here already and we will just be taken for a ride.