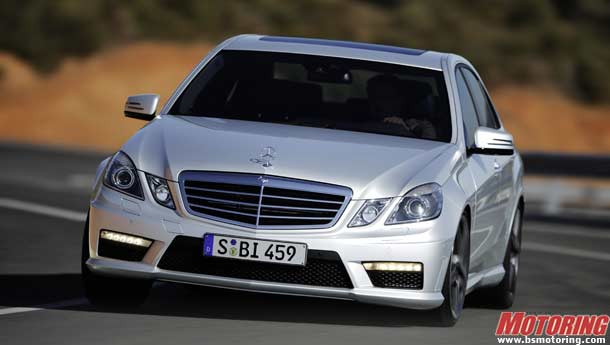 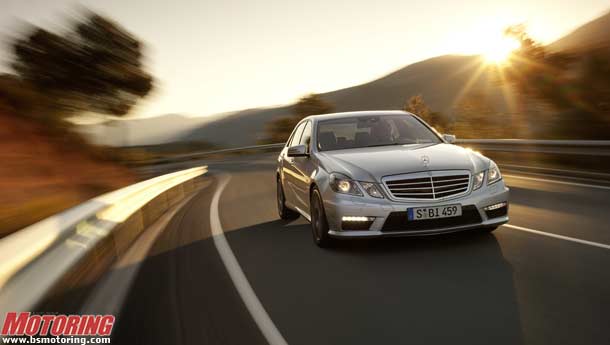 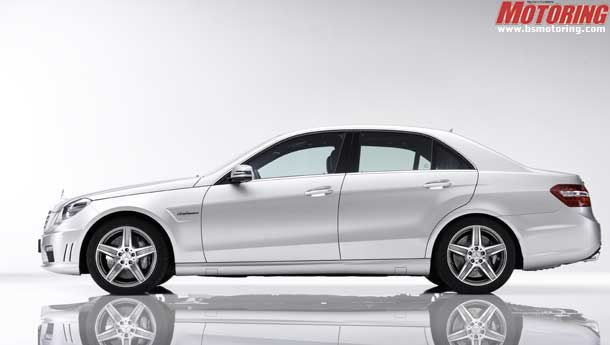 The weather was bleak and more suited for commuting than thrashing super sedans and coupés on the autobahn. But a job is a job and I had to bring you the story, right? After puttering around in an AMG-tuned ML, which was more like a baby elephant on banned substances, I was longing to drive what was ahead of me. I lowered the windows of the ML just to hear its potent engine crackle and pop as it sent a prodigious amount of torque to its rear wheels. Ladies and gentlemen, welcome to the world of the E63 AMG — pure madness in a taxi-shell!

Make no mistake, this E-Class can look the part in a Stuttgart taxi stand, if not for the minor skirting and initials revered by petrolheads around the world.

There are three women in my life whom I continuously try to impress. While my wife and my daughter give in easily, my mother-in law can be a tough act. So, to impress her, I borrowed a Mercedes-Benz E-Class fifteen years back — the occasion being the coming home of my newborn son.

They were built to last, had adequate power and were extremely economical in some diesel sipping versions. And they were safer than most vaults. The most important exhibit at the

Mercedes-Benz museum, according to me, is a W124 E-Class that had 2.8 million km on the clock (you read that right), attesting to the fact that they don’t make them like that any more! But boy, do they make them more powerful these days or what! That brings us back to the all new E63 AMG again. And if you are an E-Class fan, as I am, or even an AMG supporter, you would agree that this is a very special breed indeed.

So to cut a long one short, I grabbed the keys of the E63 AMG at the first instance (that being when the above-mentioned E63 driver, also a friend, took a toilet break) and pointed its nose towards the nearest autobahn. It does not take more than 4.5 seconds to understand the magnificent V8 that propels this car, as the speedo is hoisted to 100 kph. This is genuine supercar territory, with cars that cost three times more being only marginally quicker.

The hand-built 6200-odd cc V8 develops 518 bhp at 6800 rpm and sends power to the hapless rear wheels through what Mercedes calls a Speedshift MCT-7 automatic box that uses a wet clutch instead of the usual torque convertor. To experience this magical combination, you need to power hard on ‘D’ mode and slam the brakes for a corner – the MCT gets into action, signalled by lovely blips and explosive downshifts. These shifts are so intuitive that they make the steering-mounted paddle shift redundant. The 64.2 kgm of peak torque would probably fry other transmissions, but not this one.

Despite the performance, the E63 is a comfortable car that can seat five and amble along city streets without any fuss. So if you always wanted a super sports car and didn’t want the world to think that you are flaunting wealth by driving something red or yellow and low, well, then a taxi is what you need. Ensure that you get your badges correct though.