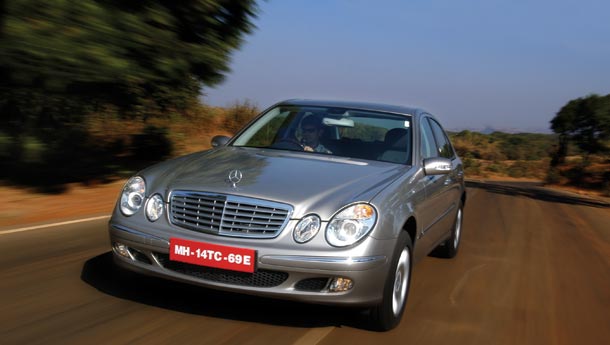 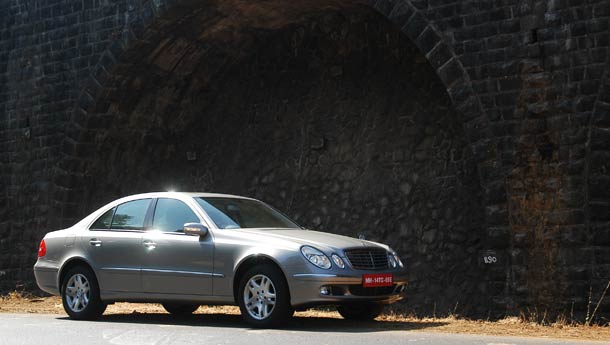 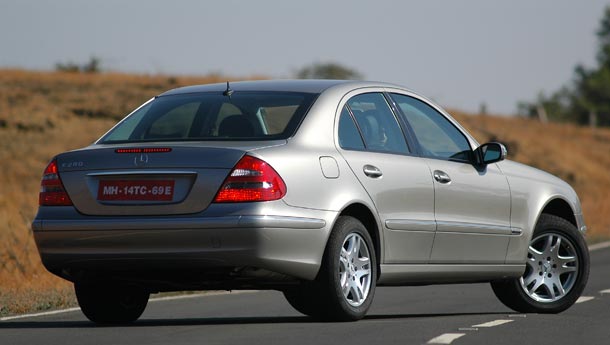 Things haven’t been going as per plan lately. It all started when Nissan stopped making the Skyline a couple of years ago. Then Angelina Jolie went ahead and blatantly made a significant contribution to the Pitt family tree. As if that wasn’t enough, Honda pulled the plug on the NSX and then Mitsubishi announced that this would be their last EVO on the current platform. However, life really went into a nosedive the day diesel became the in-thing. I mean, instead of banishing the slimy, clattery motors, people chose them over petrol for cleaner emissions, refinement and the unthinkable – performance. These diesel philistines are taking over the world, I tell you. The other day I found myself awake in a pool of sweat because I had just ordered my Ferrari with a 5000cc TDI.

Anyway, I should have seen the diesel revolution coming the last time I drove an E-class. The E270 CDI put out such a convincing argument, even my diesel-prejudiced heart was won over. Nevertheless, it’s not all over just yet, because Mercedes has just plonked one of their new generation petrol engines in the E-class.

But first, let’s start with the way it looks. The visual pull may have reduced from the 124 days, but the E-class has evolved beautifully over the years and it has remained amazingly clean. Even with this one, there is nothing fussy or contrived about the way it looks and the profile is spot on. The car looks very cohesive and I am glad Mercedes haven’t attempted to reinvent the brand (read BMW). Having said that, a face-lift along with the all-new engine line-up wouldn’t have gone amiss and would have done wonders for value addition. I mean, they could’ve called it ‘all-new’ then, couldn’t they?   Missed opportunities aside, the E-class doesn’t just look good to the eye, it looks good to the air as well. The drag coefficient on the E-class is just 0.26. Sure, you don’t give two hoots about that, but you will once I tell you that it’s the most aerodynamic four-door in the world. So maybe you still don’t care, but then again why would you? After all, it’s not something that will help you become the most eligible bachelor in town. What might boost your prospects in that respect is its 0 to 100 time. Floor the E280 and it will blow across 60 kph in 4.3 seconds and race past the ton in 8.3 seconds. That’s almost 2 seconds quicker than the E270 CDI and just as quick as the bonkers Octavia RS.

Where the earlier E240 would make hesitant passes at the horizon, the E280 hauls it in with serious determination. Soon you are doing an extremely serene rate of knots and the car comes across as a real whisper-liner. Until you stab the throttle, that is. The all-new 2996cc V6 that’s good for a beefy 231 bhp drags the car’s considerable bulk with authority. Once in the zone, which happens to be a little past 2000 rpm, the raspy induction and exhaust notes harden and the Merc lunges ahead with the speedo needle nearly falling off the dial.

The motor is a real smoothie, but it’s not the strong and silent type. I just love the way it emits a throaty growl when opened up. For strictly academic purposes, let me mention that the top speed happens to 245 kph, at which point the wind and tyre noise are at a minimum and there is just enough chat from the engine to keep you in touch. The most impressive bit of the 280, though, is the mid-range. The Merc dismissed the
80-120 kph roll-on test in a blistering 4.5 seconds with as much trouble as King Kong swatting a fly.

One thing that does spoil the party somewhat is the gearbox. Yes, I know the 7G happens to have more intelligence than half the human race and it does down-shift two gears at a time, but it just takes too long to shift, crashing the mid-range party. Somehow, the same gearbox in the SLK seemed to be on its best behaviour. Another bit of technology that the E-class shares with the roadster is SBC, or Sensotronic Brake Control. What this allows you to do is creep forward in traffic without constantly jumping on the throttle. What it also does is make a grinding noise, which sounds like you’ve kept the handbrake on, but you get used to it.   The steering is pleasingly direct and brilliantly weighted, something that I am sure your chauffeur would enjoy. There are no suspension upgrades on the E280, but it didn’t really need any to begin with. Drive it aggressively through a few sweepers and the grip builds up through so many different levels that you really have to be innately stupid to go wrong with this car. What’s even better is the generous level of feedback that’s available through the seat of the pants, which is great in a luxury car like this. Ride quality at lower speeds is  on the firmer side, but once the scenery starts to blur a bit, it maps up surface glitches even before you are aware of them. Looking through the three-pointed mascot setting its sights on the car ahead makes you feel special in a way only a Stuttgart star can.

There aren’t any changes to the interiors either, but three years since we first saw them they still look very contemporary. Neatness is the order of the day here and the various controls quickly become familiar to fingers. Build quality is something that you can’t find fault with either and from here you certainly wonder why Mercedes-Benz is having quality issues the world over. At the rear, you would love it if you’ve had more than your share of corporate lunches.

So then is it good enough for you to weep in agony if you’ve just bought yourself an E240? Well, sorry to spoil your party but yes, although only if you drive yourself. For a couple of lakhs more than what you would’ve shelled out for your 240, you get an equally good looking sedan that will hold its own against your neighbour’s E270 CDI. But on a more general note, the E280 is as welcome as a busload of scantily clad women. As for Ms. Jolie, when was the last time you saw a Hollywood couple outlast a sneeze?BSM