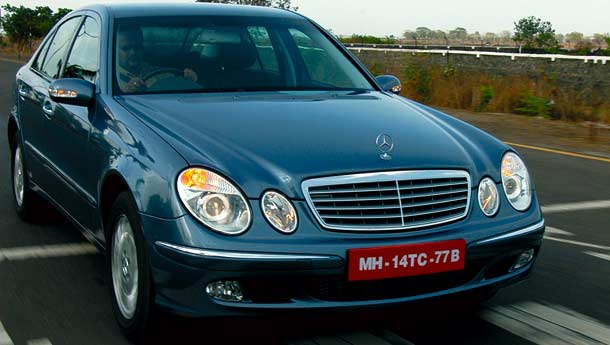 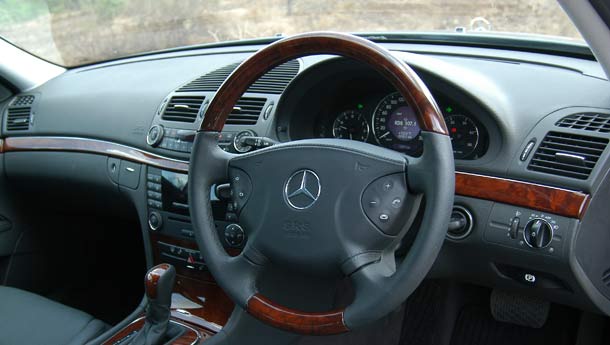 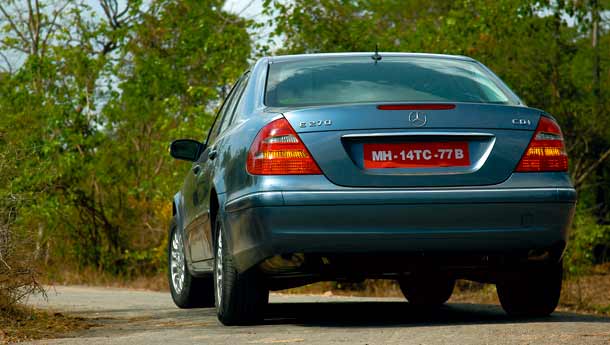 The year was 1933. It was a cold autumn night at the Gaggenau works of Daimler-Benz, Germany. A few development engineers had been working on a nightmare of an assignment and a couple of them had not slept for days continuously. Finally, they had managed to shoehorn a leviathan of a six cylinder diesel engine, displacing 3800cc and developing 80 bhp, into a test-rig. Volume One of the official ‘Mercedes’ book is politically correct when it says ‘the tests showed that the transmission was being hammered by the vibration of the engine.’ ‘A battle has been lost, but not the war,’ the book adds.

Well it’s easy for us to imagine what would have happened as that (relatively) high compression diesel was started up. In all probability, it would have run well for a while. Then, as the test-rig was made to run faster, it would have vibrated violently enough to shatter the gearbox casing and then thrown sharp metal objects at the startled engineers. I don’t know whether the test-rig exploded or not, but somehow I get black and white images of a few disappointed and all blacked-out Germans looking at each other and wondering what went wrong.

Three years later, the Daimler-Benz pavilion at the Berlin Motor Show had an unlikely star – the world’s first diesel powered passenger car, the 260D. Nestling under its hood was a smaller, four cylinder engine that displaced 2600cc to produce 45 bhp. It could manage a top speed of 94 kph at a time when the fastest production Mercedes, the 540 Kompressor could only manage 170 kph. That autumn night had taught the engineers a lesson or two.   Well, that was sixty eight years ago. On this sultry May 2004 morning, I was blasting down a well paved, four lane highway at a speed that could make a time traveller in a 540 K eat humble pie. My mode of transport? The newest Mercedes-Benz on Indian roads, the E270 CDI, yup a diesel-Merc. Like the first-ever production diesel, the new E variant packs a 2600-odd cubic centimetre engine, albeit shared by five cylinders instead of four. But those Germans, with some form of obsessive performance disorder, have managed to wring out a whopping 173 hardworking horses at a mere 3800 rpm and 42.5 kgm of, excuse the famed motoring cliché, tree stump-pulling torque between 1800-2300 rpm. Hello readers, please say Guten morgen, or something equally welcoming, to the torquiest car on Indian roads.

Our monsoon-cloud-grey E270 CDI set the tarmac on fire and posted a 4.75 second time to the 60 kph mark and a stunning sub-10 seconds time to reach 100 kph – shattering all records we had for diesel powered cars and bruising the egos of some petrol powered ones in its wake. Equally impressive were the passing speed test runs – 80-120 kph in 7.79 seconds, 100-140 kph in 9.18 seconds. The test car was an automatic and that, combined with the fact that it has a turbocharger, meant a wee bit of hesitation before all the metal and glass started moving, but as you would have guessed from the figures, it did not make much of a difference. Really, launching the E270 diesel was like the first kiss – startling for a nanosecond and immensely pleasurable pretty soon. Now that the mandatory road-test numbers are out of the way, let me tell you about how involving the E270 CDI can get to drive.

Begin with firing the chauffeur. Because the new E-Class is almost as good as any BMW for a driver’s car. You get precision steering, excellent feedback and idiot-proof dynamics and guess what, when that five-pot mill is doing its job well, you really need all the qualities I’ve outlined. As far as ride quality over our roads go, the E-Class debate continues – some think its predecessors handled Indian terrain better and some say the new E is king. I will take the middle path here – the last generation E did isolate the driver and passenger from what lay beneath the rubber and the new E is that much more communicative, which cannot be a flaw really. I tried to scare myself silly by going around some fast sweepers at speeds above 160 kph but failed – the 270 dismissed the corners as if they never existed and I came out of some corners carrying more speed!   As for the looks of the car, we have discussed it enough already. I personally think the new E looks just perfect from almost all angles. Trust me, I looked at it from my balcony, from a pit, and even lying down horizontally on the road. True, Mercedes-Benzes today look far too friendly compared to those of yesteryear and smile rather unnecessarily through a egg-slot grille. The interior is a clever mix of faux hide (now that the cow brigade is out of power we might get genuine leather back in Indian-made Mercs), a touch of mahogany (or eucalyptus,don’t really care) and purple back-lit instrumentation. It isn’t concept car stuff, nor is it dated – again, just correct.

Only a few weeks ago, I tested the X-Trail and thought Nissan had taken the direct injection diesel game a step ahead. But the E270 CDI has proven that when it comes to CDI tech, DC is way ahead (see box). Despite providing seamless power delivery and brilliant driveability, our test car returned an amazing 12 kpl. And that involved some really lunatic driving and spirited acceleration runs. No, I really didn’t want this test report to read like a badly translated DaimlerChrylser press release and this meant throwing caution to the winds and exploring the limits and I am delighted to report that the engine is noisy at idle – but that is the only negative I can find in the log book. At close to Rs 40 lakh, it is debatable whether the car is value for money, but I will conclude by saying that this is the best E-Class to come to India, ever.

A few German engineers who made the first-ever diesel passenger car can rest in peace. Progress, certainly, has been made.

The DaimlerChrysler India press release says they were the first to launch a common-rail direct injection diesel. This isn’t correct – it was Fiat, Alfa Romeo to be precise, who gave the world its first common-rail direct injection diesel in the 156 sedan in 1997. This car was closely followed by Mercedes-Benz, who parked a CDI engine in everything from a Smart to S-Class in no time. What we have in the E270 CDI though, is the second generation of CDI engines from DC, with four valves per cylinder and variable nozzle turbocharger and intercooler. To those not initiated into CDI engines (or CRDi engines, as Hyundai call them), these have a single shared fuel line or common-rail, which serves as an accumulator and distributes the fuel at constant pressure to the injectors. Last generation DI engines were dependent on engine speed and load to build up fuel pressure from scratch. New-age engines benefit from what DC calls variable, need-oriented injection. This involves constantly raising fuel pressure, which then reaches a peak value at high engine speeds only for a short time and therefore resulting in better fuel consumption and exhaust emissions. Clever? We can’t wait till DC India launches a C-Class with the 270 CDI. Hey, we already have a nickname for the car – the C-Bomb. Till then...