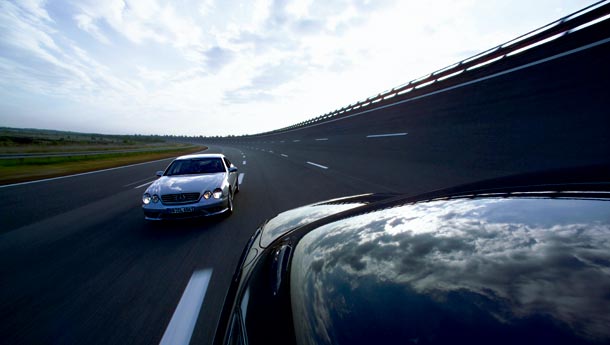 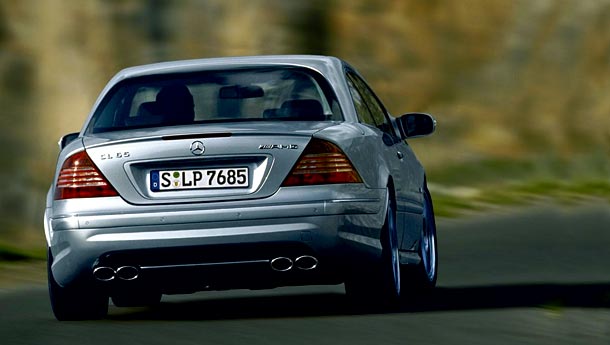 With the CL65, the reason why AMG exists at all seems clearer than ever. Why, it's simple. Mercedes-Benz want to be seen as manufacturers of responsible and environment-friendly cars (which, of course, they are). After all, it would never do for a marque that's preferred by half of corporate Europe to build a 612 horsepower badass coupe - one that comes fitted with a 360 kph speedo. But stick an AMG badge on the thing, and all's well. AMG is a tuning house after all; so what if it's fully owned by Mercedes-Benz themselves; and their mission in life is to keep making the wildest, most over-the-top machinery anyone can think of. And well, with the CL65, they've outdone themselves once again.

The last one year was hot for out and out supercars. The Ferrari Enzo, Porsche Carrera GT and the Lamborghini Murcielago proved that the traditional supercar paradigm was alive and kicking. And since Mercedes-Benz now want a finger in every pie, how could they not build an all-out supercar that would match or exceed the best that the world has to offer? Which is where the CL65 comes in. For starters, it's powered by a twin-turbo, 5980cc V12, which produces 612 bhp (except for the Ferrari Enzo, no production car makes more power than that) and 100 kgm of torque, which is unmatched by any production car in the world.

So what do all these figures mean? According to independent tests conducted by American and European magazines, an over-abundance of pure, unalloyed performance. Despite weighing well over 2000 kilos, the CL65 AMG goes from 0 to 100 kph in 4.4 seconds and reaches 200 kph in 13.3 seconds. Top speed is electronically restricted to 248 kph, but derestricted, the car will likely do at least 300 kph or more. As you would expect from AMG, the car has been suitably engineered for such stratospheric levels of performance - precision-balanced cranks, high-lift cams, forged pistons, big turbos that spool up very fast, new wastegates, modifed oil pump and huge oil cooler, bigger injector nozzles, all-new electronic engine-management system, big air-on-water intercooler, redesigned and strengthened driveshafts and... the list just goes on.   As with lesser (if you can really use that term for SL500s and SL55 AMGs) Mercs, the CL65 also gets hefty doses of technology to make sure the engine's oomph doesn't outstrip the chassis' and the brakes' capabilities. AMG reworked MB's Active Body Control, Brake Assist and ESP systems, installed special struts with firmer damping and fitted front brakes that feature 8-piston calipers. I've driven a stock SL500, and found its 'Sensotronic' brakes to be effective beyond belief. How AMG or anyone else could improve on a set-up like that is beyond me, but well, they have.

What's also important for supercars is that they should look the part. And while the CL65 doesn't have the visual drama of a Murcielago or the blatant aggression of an Enzo, it looks different from 'ordinary' CLs - the AMG car has more exuberantly styled front and rear aprons, side skirts, 'Biturbo' badges, and twin tailpipes. The car rides on 19-inch alloys that are shod with steamroller-wide Michelin Pilot Sport tires - 245/40ZR at front and 275/35ZR at the back.

If you thought Mercedes-Benzes were all about Nappa leather upholstery, electric back massagers and drinking champagne while lounging in the back seat, this is the car that'll change your mind. It'll also elevate your heart rate, pound your senses and yes, drain your bank account to the tune of Rs 1 crore. But if you do end up buying one after all, you can finally ask your Ferrari/Lamborghini/Porsche-owning neighbour to step out for a friendly, midnight, 80 kph drive. We're all law-abiding citizens after all...