Mercedes-Benz 130H - The back story 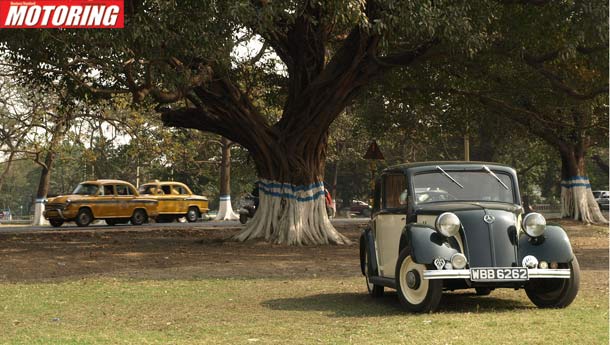 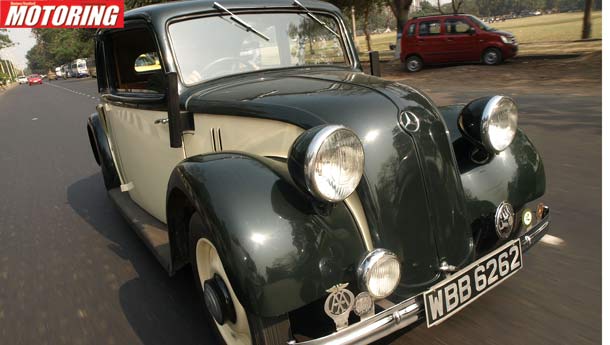 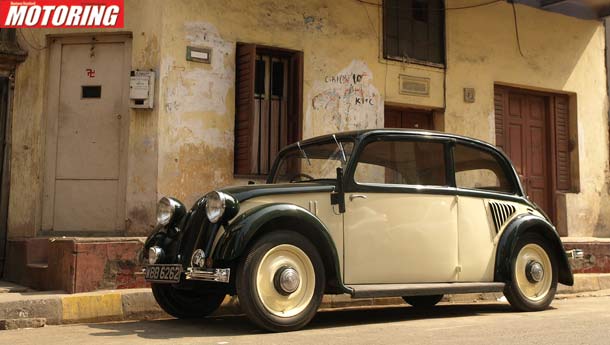 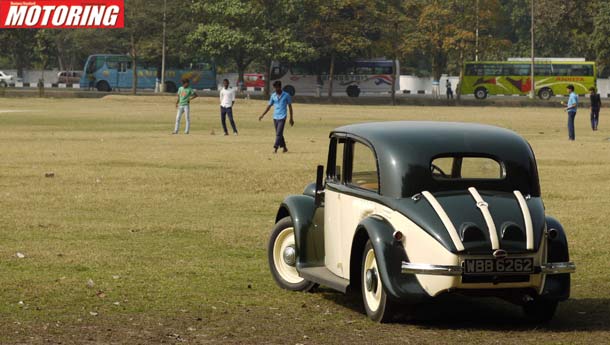 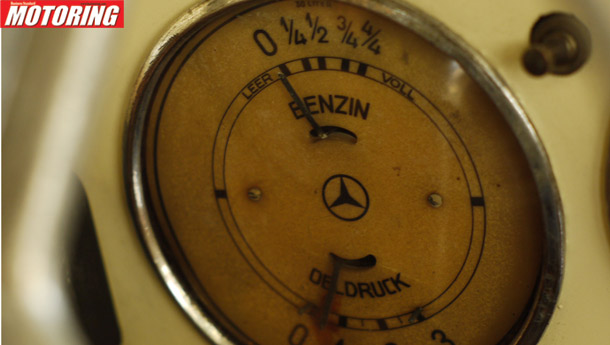 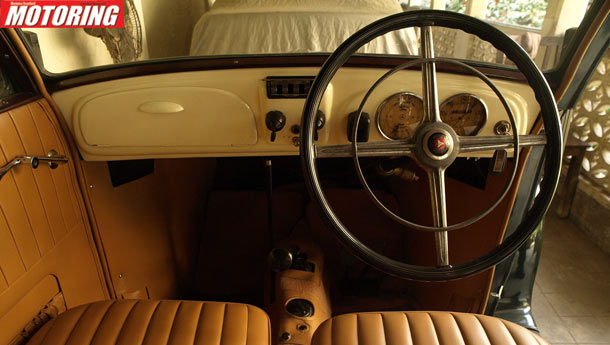 History can have a twisted sense of humour, sometimes. One day, you wake up and are struck with a brilliant idea, one that could fundamentally change the way things have traditionally been done. You put the idea into practice, but all doesn’t go according to plan — people are sceptical, the finished product isn’t cheap, it has some flaws and to top it all, a World War comes along. The war ends, wounds heal, life starts to have a semblance of normalcy, and, you find that your idea has been adapted by someone else. Their adaptation, unlike yours, actually achieves what you had envisaged — it fundamentally changes things, sells in the millions and is hailed as an all-time classic. All you can do is smile wryly and ponder the slings and arrows of outrageous fortune.

I am, of course, talking about the Mercedes-Benz 130H and the Volkswagen Beetle — the former a pioneer that fell by the wayside and the latter a re-working of a theme that became one of the all-time great runaway successes. What was this theme, you ask? Before the Beetle came along and became the definitive people’s car (even before Volkswagen came into being as a company), Mercedes had come up with a concept for a, well, Volkswagen — a people’s car.


The concept, called the 130, was unveiled to the public at the 1934 Berlin Auto Show, and it was revolutionary because it was rear-engined — the first mass produced, rear-engine car ever. In fact, Mercedes had been developing a rear-engine concept years before the Berlin show, and the car was intended to be one that anybody could afford; this was unusual for Mercedes-Benz, because they were known principally for expensive, elegant cars.

As it turned out, the car that anyone could afford became the car that only a sprinkling of people actually wanted to buy, and by 1936, Mercedes ceased production of the 130. Why didn’t the car sell? Perhaps it was too different too soon; everyone knows what happened when Volkswagen began producing the Beetle, its take on the 130, in 1945. Notwithstanding its fate, there’s no doubt that the 130H is a unique car — and very, very rare. I must confess that I didn’t even know a model like this existed.

Subrata Sen, the car’s owner, narrated its history to me, and quite a history it is, too. The car was imported to India by a gentleman who had gone to Germany to study engineering, and who later became the director of IIT Kharagpur. It was then bought by the owner of Mobility, a well-known motor garage in Kolkata, a place that was at a par with British-owned garages and which was frequented by famous movie stars of the time; one such, the legendary Nagendranath ‘Pahari’ Sanyal, took a shine to the car and used it so frequently that it became known as ‘Pahari Sanyal’s car’. Years later, in the late 1970s, Sen heard that the car was being sold. He rushed to the garage and picked it up for a song — today, it’s probably worth a high eight-figure sum.

You wouldn’t think it to look at it, though: this is a most un-Mercedes Mercedes-Benz. Its rear-engine layout meant that a front radiator wasn’t needed any more, and so the car’s front end took on a rounded shape that was very different from the long, flowing fronts of traditional Mercedes models. Most importantly, the prominent grille found on most Mercs was missing, with just a three-pointed star inside a circle on the hood instead.

The flanks have a set of rather cool vents, almost like the gills on a shark, and the large windows give the 130H a sense of space; the‘trafficator’ turn signals, by the way, can scare the pants off you when they flip out with a ‘thwap’, if you don’t know what they are. At the back, the car’s elegantly sloping ‘boot’ gives the impression of a larger vehicle, and the three vents on it, with cover plates, serve to relieve the monotony of the plain paint scheme. Sporty? Not a bit of it. Quaint, cute even? Absolutely.

The little Merc’s cabin is simple and to the point — it’s not spartan (the seats are leather), but you have just the essential controls and dials, all placed easily to hand, with the whole lot giving off a satisfying feel of quality and heft. The comfortable seat provides just the right amount of cushioning as you settle in and thumb the starter, at which point the 1.3-litre, 4-cylinder side-valve engine purrs gently to life. The powerplant is longitudinally mounted at the back, next to a ‘torpedo’ fuel tank, and although its power output of 25 bhp is bettered by a lot of modern motorcycles, it’s by no means a drawback. This car was built for a purpose, and the engine serves that purpose very well indeed.

Chugging along Kolkata’s wildly chaotic streets, at first I am chewing my nails — this is an exceedingly valuable car, and not one other vehicle on the road gives a hoot (or has a clue). Slowly, though, I find that it’s a cinch to drive — its 3-speed gearbox is smooth to operate, and it has a semi-automatic overdrive that does not require clutching (you simply take your foot off the gas and shift; shifting back to the other forward gears requires clutching). The tall gearing makes for near-effortless tractability, and the car is genuinely fun to drive, with a top speed approaching 90 kmph — I honestly cannot understand why the 130H didn’t go over too well back when it was produced. As a city car, it’s perfect even today — sprightly, very roomy (one of the reasons for its rear-engine design was to increase interior space), comfortable and with enough character to stand out in a crowd.

Perhaps one reason why the 130H didn’t set the sales charts on fire was because it had the handling characteristics of a reasonably sporty bar of soap. Despite having all-round independent suspension, in those days, they really hadn’t perfected weight distribution matters in rear-engined cars; this car is a far cry from the Porsches we’re used to. As a result, the 130H’s heavily rear-biased weight (2/3rds of it, in fact) gave it a tendency to want to start dancing in corners — even back in the day, the car was criticised for its poor handling by auto publications. Still, it made up for this shortcoming by offering exceptional ride quality and good braking (hydraulic brakes on all four wheels), and its central tubular frame was a first for Mercedes-Benz.

As we drove back to Sen’s lovely home, I couldn’t help but think about this car’s many unique features. Apart from being the first mass-produced rear-engine car, it was, at the time of its launch, the smallest passenger car and the first 4-cylinder model from Daimler-Benz (with, among other things, an electric heater fitted as standard). It was avant garde in terms of its styling (it was as aerodynamic as a Mercedes-Benz SL from the 1960s), its revolutionary engine placement and its chassis construction. Heck, it even came in convertible and completely open-top versions! By any standard, a car like this should have become an instant legend but, as I mentioned, that title was usurped by the Beetle. Such is life. Oh, and the ‘H’, although it never appeared on the car, stands for ‘Heckmotor’, for (you guessed it) ‘rear engine’.