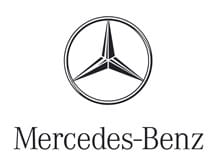 "We are fully aware that the post deeply hurts the feelings of Chinese people, including our Chinese colleagues and we would like to extend the sincerest apology," state-run Global Times quoted the company as saying in a statement.

The Beijing Mercedes-Benz Sales Service Company said it will deepen understanding of Chinese culture and values among its staff, including overseas staff, the daily's report said.

The announcement came after a post published on Mercedes-Benz's Instagram account showed a luxury vehicle and quoted the Dalai Lama as saying "Look at situations from all angles, and you will become more open".

The post also included the message - "Start your week with a fresh perspective on life from the Dalai Lama".

Some Chinese netizens called for blocking Mercedes-Benz from the domestic market.

"Some foreign companies are not as sensitive as their Chinese clients over the issue of the Dalai Lama and they should be warned once such an incident occurs," Global Times quoted a post on China's Twitter-like Sina Weibo as saying.

Recently the Marriott hotel chain was also forced to apologise after its e-mail questionnaire survey reportedly listed Tibet as a separate country following which the Chinese foreign ministry also warned other overseas companies.

The US-based hotel corporation categorised Chinese territories as "country" in the questionnaire, which caused a stir among Chinese netizens.

Both Mercedes-Benz and Marriott have huge business interests in China.