Remember 16th March, 2014? A lazy Sunday at home for most of us but not for the Team Mercedes. That Sunday morning actually laid the foundation for the team to win their first Constructors' title. First race of the season was won by Nico Rosberg scoring team’s first 25 points, and fast forward it by 7 months and 16 races and the team is on top with 565 points way ahead of its nearest rival Red Bull Racing-Renault with 342 points. The foundation was laid by German driver Nico Rosberg but the last nail in the coffin of rival team’s dream of winning Formula One World Championship was put by Lewis Hamilton by winning the Russian Grand Prix. 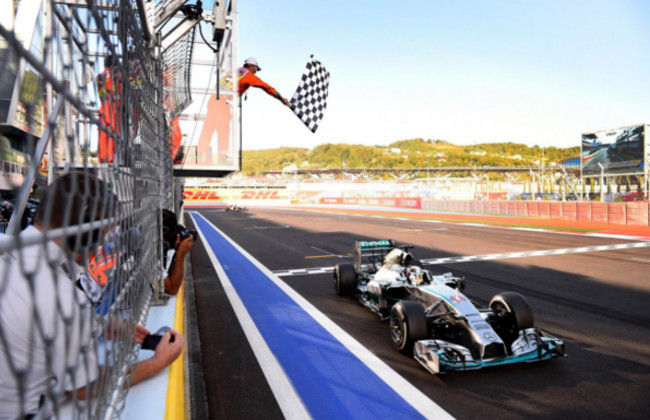 Though the season is still on with three races to go at US, Brazil and Abu Dhabi but it won't affect team Mercedes standing as even adding the score of top two finishers (25+18=43) for all the three remaining races (43x3=129) is not even near to the difference between Mercedes and Red Bulls (565-342) 223 points. 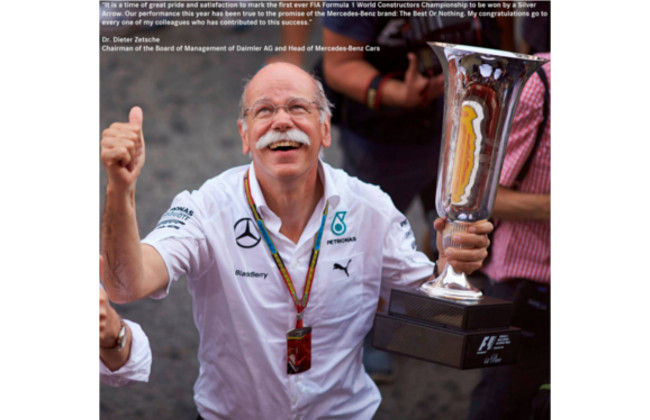 Lets give you a glimpse of all season’s past races to see how Merc always managed to stay on top.

Though Rosberg won the season’s first race, things were kind of heated in the Mercedes camp as in the race Hamilton retired after facing problems in the new engine.

After spending a lot of man hours in correcting Hamilton's engine, the management was happy as the team got one two finish from Hamilton and Rosberg.

The success of Malaysia was repeated on the hot turf of Bahrain as it seems like there's no stopping for Mercedes duo. No change on the top two spots.

The top two spots were like booked for Mercedes as Hamilton and Rosberg does not allowed anyone to pass through them. Hamilton wins with Rosberg finishing second.

At the Circuit de Barcelona-Catalunya, the close encounter between the duo ended with Lewis finishing first with just half a second difference from his partner.

Finally after four consecutive wins, the Briton, Lewis Hamilton stepped down to second position but no change on the top two finish for team Mercedes.

Another one two finish by team Mercedes, sixth for the season. Rosberg crossed the chequered flag first followed by Hamilton.

Another win for Nico Rosberg at his German home, second finish for Bottas while Hamilton managed to stay on podium with third spot.

It was after the first 10 races, that the top two spots were taken by teams other than  Mercedes but for the consecutive 11th time, team Mercedes maintained its podium finish as Hamilton finished third. Red Bull’s Daniel Ricciardo finished first while Ferrari’s Fernando Alonso came second.

Third victory for Daniel Ricciardo while bad day at Mercedes, as the duo crashed into each other. Hamilton retired early saving his engine while his teammate finished second.

After the troubled two weeks in Mercedes camp, the charm returns in the camp with 1-2 finish with Hamilton taking the honors and Rosberg finishing second.

Rosberg retired with complications rising in wiring loom caused by freak contamination later found in the forensic analysis. Hamilton won the race to increase the gap in driver’s championship. 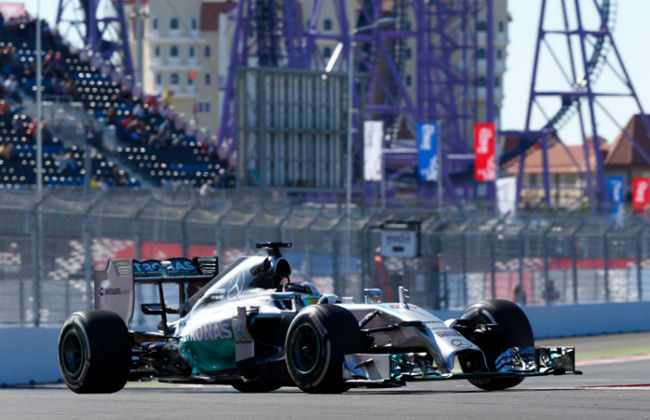 After Marussia's Jules Bianchi unfortunate accident, the one two finish of Mercedes was the silver lining in the event. After the tragic accident, Jules Bianchi is now stable and out of danger.

Just when the Hamilton crossed the finish line, joy and celebration started at the Mercedes paddock. Hamilton finished first while his teammate Rosberg came second. The trophies were presented by the Russian President Vladimir Putin. 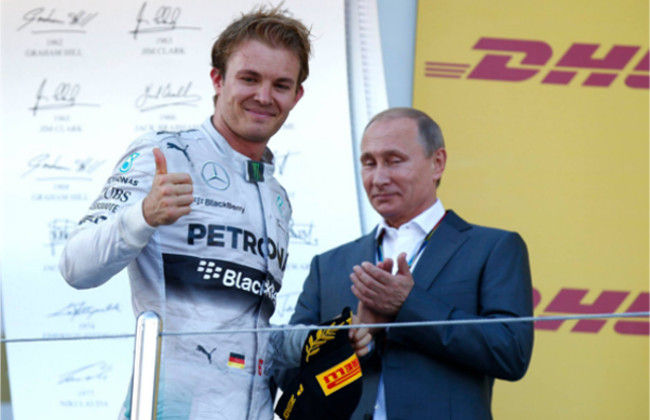