Replacing the highly successful SLS AMG, Mercedes Benz India will launch the most powerful AMG in our country tomorrow, the AMG GT- S. This will be the 5th AMG launched in India this year.  Developed completely in house by the Mercedes AMG department, this supercar now gets an all-new 4.0-litre twin turbo V8 that churns out 510 PS of power along with 650 NM of torque. 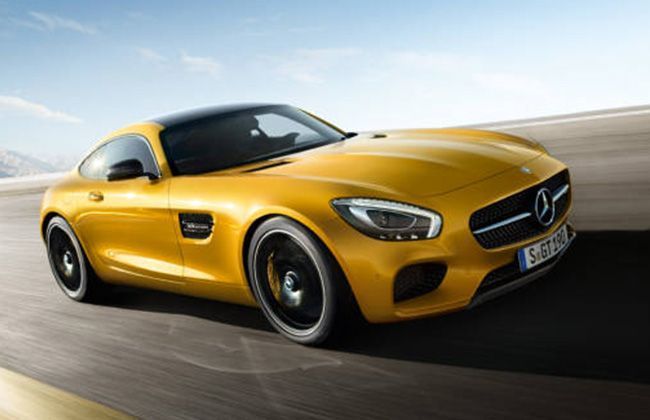 Taking care of all this power is an AMG speedshift seven speed dual clutch unit that rotates the rear wheels. The AMG GT S misses out on the gull-wing doors as seen in the SLS and even the engine has been downsized due to emission norms. 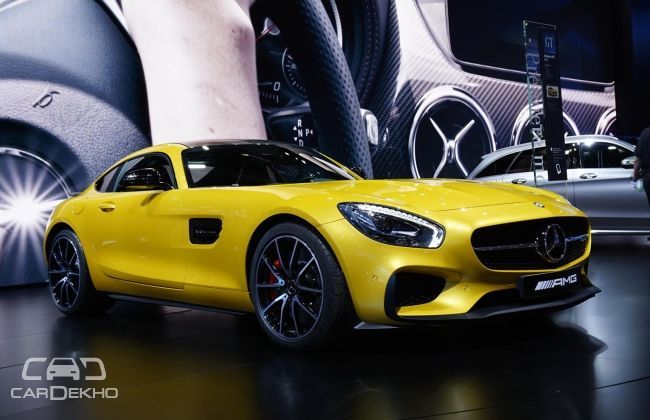 This supercar is based on an aluminum made space frame with independent double-wishbone suspension all round. It also gets adjustable damping as a standard feature.

Classic GT car design flows throughout the setup with a long hood and a short seating cockpit. On the inside, the AMG GT is very similar to a fighter jet with lots of techy switches and aluminum trims.

It also gets ceramic brakes for added stopping power, forged wheels, dry sump lubrication, dynamically adjusting engine and transmission mounts which make it pretty agile on the track as well.

The AMG GT S will hit the 100kmph mark from standstill in just 3.7 seconds and can go all the way up to 310kmph. Along with the brilliant acceleration figures, this beast handles splendidly as well and by all means is a beautiful looking car. 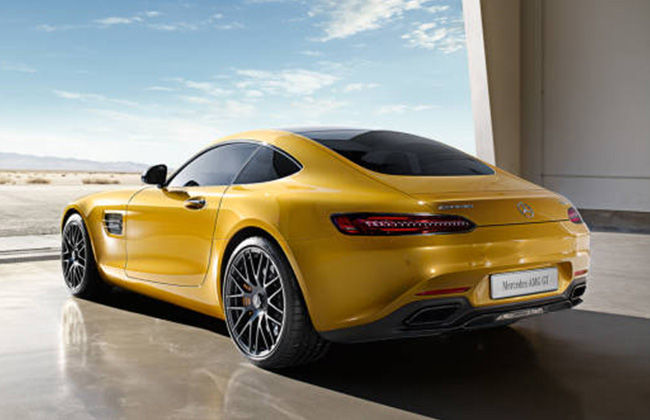 Expected to be priced in between Rs. 2-2.5 Cr(ex-showroom Delhi), It will compete against the likes of the Porsche 911 Turbo S, Audi R8 V10 and Jaguar F-type R coupe in our market.