Grand Prix constructors have always paid serious attention to their performance in the sport, as the general consensus stands that advances in this particular competition translates into enhancements in the company’s road cars. This phenomenon however, has not been functional for while now, as F1 technology has moved a lot closer to aviation than it is to automotive industry. The champions of 2015 F1 championship, Mercedes AMG Petronas Formula One Team is versed with this reality and the company has managed to refute the claims while releasing a special edition of its AMG A45, along with aesthetic updates. 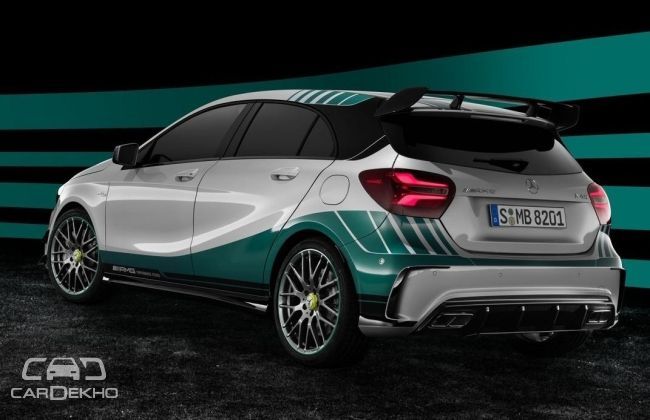 These updates come as a courtesy of Merc’s dual-win celebrations both as driver’s a constructor’s champion. The new special edition has been launched under the moniker - ‘Mercedes-AMG A45 Petronas 2015 World Champion Edition’. The car features company’s racing colors i.e. silver, petrol green and black. Other updates also include a large splitter, redesigned 19 inch grey alloys that feature a petrol green rim flange, in addition to bespoke flics and a roof-mounted spoiler. One also has an option of selecting different base colors to contrast the racing stripes with options like designo mountain grey magno, mountain grey metallic and polar silver metallic (seen in the images). 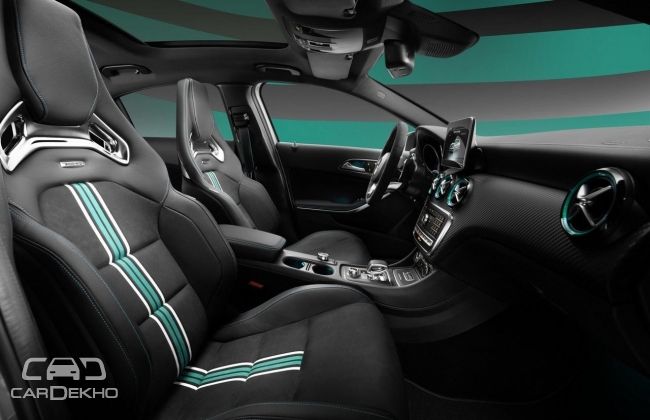 Under the hood, the A45 special edition remains mechanically unchanged and features the standard 2.0 four cylinder turbocharged petrol unit that produces 381PS and 475Nm of torque. The powerplant comes coupled to a quick shift 7-speed dual clutch automatic transmission. The car will continue to feature the 4MATIC all-wheel drive type that facilitates a 0 to 100 kmph acceleration in under 4.2 seconds. A45 special edition is slated to make its debut at the Abu Dhabi Formula 1 Grand Prix circuit, which is rather fitting and sales of the car will be open for a limited period of time between January and May 2016, with units featuring a price tag of around Rs. 4643242.78 i.e. €65,402.40 in Germany. 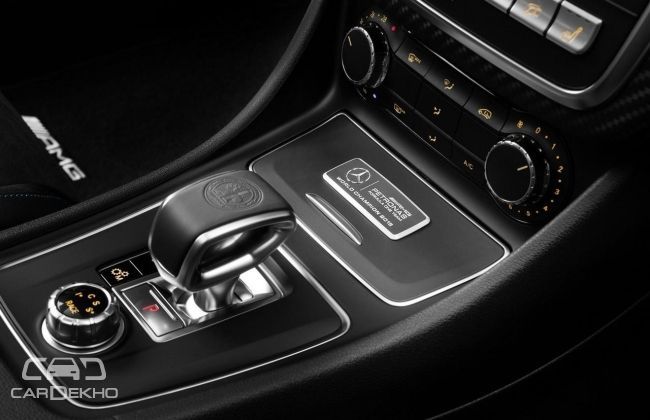