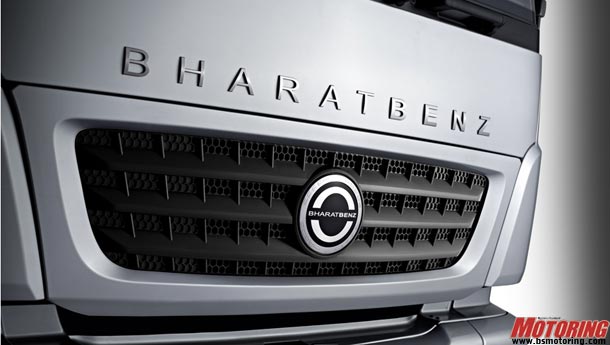 Bharat Benz, the India-specific brand that DICV unveiled earlier this month at the Delhi Auto Expo, is currently gearing up to launch its entire truck portfolio, comprising 17-19 vehicles in the 6-49-tonne range.

The company’s foray into the competitive 1-1.5-tonne truck segment would be based on the success of the Bharat Benz brand in the Indian market, currently controlled to the extent of 70 per cent by Mumbai-based Tata Motors and Chennai-based Ashok Leyland.

DICV Vice-President (R&D) Aydogan Cakmaz said: “It is possible, but it should make business sense. We will undertake research and development to go for such a product. If at all we decide to enter this segment, it will take at least four to five years to do it.”

Tata Motors and Mahindra & Mahindra have market dominance in the segment, some other companies also plan to make inroads into the mini-truck space. Ashok Leyland has joined hands with Nissan, while Bajaj Auto has developed its own four-wheeler. Force Motors and Piaggio also have presence in the segment.

“The segment has many players and it would be important for us that the product we offer meets our quality parameters,” added Cakmaz.

The mini-truck category has huge demand in the Tier-II and -III cities.

Tata Motors currently has 52 per cent market share in the light commercial vehicle segment, while Mahindra & Mahindra, with its Maxximo brand and some pick-ups, has 25 per cent.

Despite the slowdown in the heavy commercial vehicle space, such as tippers due to a slide in economic activity and expensive loans, the light truck segment has continued to attract buyers. It recorded sales growth of 26 per cent in the first nine months of the current financial year, compared to the same period last year, selling more than 363,000 units, according to data from the Society of Indian Automobile Manufacturers.

Daimler, one of the world’s largest manufacturers of trucks above six tonnes, is focusing on developing India-specific products to better suit the local road conditions. With a total dedicated investment of over Rs 4,400 crore, DCIV’s green field plant at Oragadam, near Chennai, is going to be inaugurated soon. The plant’s initial production capacity of 36,000 units a year could be further ramped up to a technical capacity of 70,000 units a year.

The company will launch its products in the market in the third quarter of this year. DICV has said its products will have as high as 85 per cent localistion to make those affordable. “We want to be extremely competitive in our pricing and are focusing on low cost of ownership,” said a company official