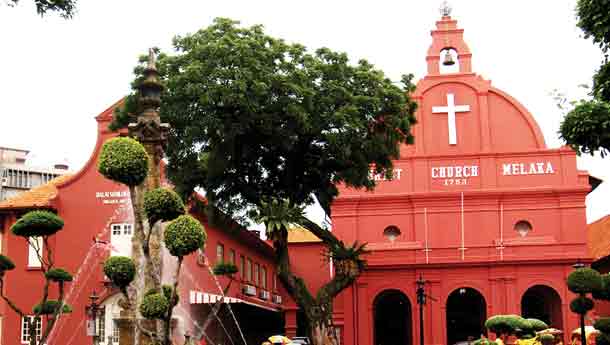 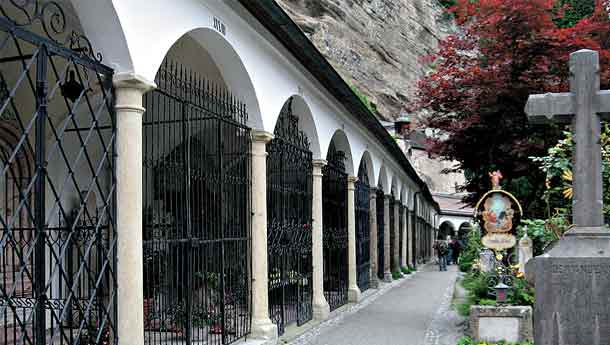 I tell you, we Indians really get about. I doubt half the countries in the world would have been founded had it not been for us, one way or the other. Either we landed up somewhere and established a minor kingdom of sorts, or we were peacefully sitting around shooting the breeze and somebody else came along and took over our kingdom before we quite realised it. In the case of Melaka, or Malacca, legend has it that the latter method was employed.

Parameswara, a prince from Srivijaya, an ancient Malay kingdom on the island of Sumatra, apparently got into a bit of hot water there and was forced to flee. He wound up where current-day Melaka stands and one day, while on a hunting trip, was resting under a tree. At this point, one of his hunting dogs cornered a mouse-deer which, in a startling turn of events, knocked the dog into the river. Parameswara was mightily impressed. ‘Gadzooks!’ he thought to himself. ‘If this little fellow can so comprehensively wallop my hunting dog, it must be a propitious sign that this place is a bit of all right. Why, I think I’ll build myself a kingdom on this very spot!’ And, in so saying, he proceeded to do just that. He named it ‘Melaka’, after the tree under which he was resting. Or, if you prefer to believe another version, he chose the name ‘mallakka’, which means ‘on ones back’ in Tamil, because his thoroughly baffled dog landed on its back in the river.

Parameswara also felt moved enough to convert to Islam, becoming Raja Iskander Shah, and in partnership with the ‘orang laut’, or sea-people of the Straits of Melaka, he established his kingdom as an important international port. He did this mainly by forcing passing ships to stop there, but redeemed himself by offering excellent warehousing and trading facilities. It wasn’t long before the burgeoning trade scenario in Melaka led to a mass influx of immigrants, mainly from the merchants from various countries who came there. Thus, a large Chinese community established itself, followed over the years by Indians (from both the west and south of India) and, almost inevitably, by Europeans in the form of the Portuguese, Dutch and English (they just couldn’t resist a good colonisation, those fellows). Of course, by this time old Parameswara had long since gone off to the great hunting ground in the sky, but his successors had largely kept up the good work and, until the arrival of the Portuguese in 1511, Melaka was among the most powerful Sultanates in the region, extending its reach over the southern Malay Peninsula and large parts of Sumatra, and it was also central in the spread of Islam among the Malay islands. The Portuguese, once they took over, actually contributed to Melaka’s decline; despite being its rulers, they didn’t have any control over the Asian trade that grew around it, and they ended up severely disrupting the organised network that had carefully been built up by previous rulers. The Dutch, on their part, weren’t interested in promoting trade in Melaka and used it mainly as a buffer colony to protect their headquarters in Jakarta. The English, true to form, didn’t do much of note except to form part of the ingredients that went into the great Melakan soup.   Speaking of which, the soup which I was partaking of at a nondescript roadside eatery in Melaka’s Old Town was rather great as well. It was spicy, coconut-based, and had the one characteristic that any good soup must possess – the ability to impart a sense of fuzzy well-being to the imbiber. As a matter of fact, most of the local cuisine, in the ‘Baba-Nyonya’ style (after the Straits Chinese who settled here) is likely to do this to you in varying degrees. The soft-shell crab (you eat the shell along with the meat) that I had as an entrée was zingy enough to make me sit straight up and reach for cooling liquids, while the dangerous-looking bowl of noodles that followed was actually wonderfully restrained in its flavour; it released it in small stages, allowing me to savour each layer as I polished off the lot. Suppressing a strong desire to upend the bowl and lick it clean, I paid my extremely reasonable bill and stepped back onto the street, immediately breaking into a sweat in Melaka’s near-incomprehensible humidity. I must’ve been slightly nuts, to be honest, setting out to explore Melaka, on foot, in the middle of the afternoon; the weather there is warm and damp at best and silly-hot and drenchingly-humid when it decides to up the ante a bit. Still, such is the life of a travel writer, so off I went in the direction of the Stadthuys, the old residence of the Dutch governors of Melaka.

Steaming as it was, the weather seemed not to serve as a deterrent to the hordes of tourists – being only about three hours’ drive from Kuala Lumpur, it was obvious Melaka was a hot destination, in every sense of the word. Whole families were out and most decidedly about, chattering excitedly and sucking at ice cream cones; it was almost a carnival-like atmosphere, and apparently this is what it’s like virtually year-round. I decided it might be best to find an alternate route into the old part of town, rather than be caught up in the throngs, so I ducked down the first alley I saw and set off in a more or less random direction. I had no idea where I was going, but I didn't mind in the least; the area I was walking through was too pretty to consider such trifles. It was obviously contiguous to Melaka's old section; there was none of the faceless, charmless architecture of modern Melaka here. Instead I found alley upon alley of glorious old houses, amply displaying the town’s melting-pot history. The bright colours, slatted wooden windows and pillars were all obviously European; bringing up the rear were the ornate doorways and silk drapes on the windows and doors that pointed to Oriental origins. And these were all occupied houses, not some crumbling old relics; wizened old men sat in vests and shorts in balconies, chain smoking, playing chess (or what looked like chess) and eating all at the same time, and managing to do it quite effortlessly. Kids played out front, yelling their guts out and being given the occasional smack upside the head by hassled adults. All sorts of wonderful aromas wafted out of every house, and it was tempting to go and have a peek to see what was cooking.

In this pleasant fashion, I essentially blundered into the centre of the action, as it were; turning a corner, I found myself alongside Melaka's main canal, on both sides of which were similarly old houses, but this time in a sadly run-down state. It was obvious that some sort of beautification drive was on, with pathways being laid along the canal and renovations being carried out on some houses. Opposite the canal stood the St Francis church (yes, he
of the embalming in Goa), clearly in need of some renovation itself since it was listing, Pisa-like, to one side. Just down the road was the very pink Christ Church, quite clearly the centrepiece of the old town, and justifiably famous for its handmade pews and joint-less ceiling beams. Adjoining the church was the Stadthuys, my destination; once a stately gubernatorial residence, now a museum. It had the standard complement of weapons, costumes, relics and life-size recreations of important events, but it was all rather nicely done and genuinely informative. There were several more churches in the vicinity, but what I wanted now was some hustle and bustle, some local flavour. I asked a couple of snack-vendors where to go, and they were both unanimous in their opinion that Jonker Walk was the ticket.

They were right and they were wrong. Jonker Walk, a long street lined with old houses, was a visual delight, but it was also highly commercialized and totally overrun by tourists. There was barely room to move (and I was there on a weekend), and it was tough going until I decided to just go with the flow. The mainly Chinese houses were lovely, and a number of them doubled up as antique shops, while snack stalls and vendors formed virtually endless rows on both sides of the street. I ambled about, sticking my camera in unsuspecting peoples’ faces (and surprisingly not being yelled at; they’re generally a friendly lot, these Melakans) and working up a bit of a thirst. I was just wondering where I could go to have a cold one when I spotted the Geographer Café, a truly lovely old building that immediately put me in mind of a French bar in the old Indochina. Soothing Latin jazz drifted out of its charming interiors, and it didn’t take me more than a couple of seconds to grab an outside table and settle down. From then onwards, life was good; the coldies kept coming, as did several rounds of fiery Chicken Debal (‘Devil’), and by the time darkness fell there was a real party atmosphere to the place. The cafes were abuzz, the food stalls shifted into overdrive and let loose a truly dizzying array of smells and I began to thank myself for picking Melaka as my one stop in Malaysia. It may not have been the ‘cultural centre of Malaysia’, as the brochures will have you believe, but it was certainly a good-time town, and one I’ll be only too happy to return to given the chance.   Travel log

Melaka is very easy to get to, whether you’re heading there from Singapore or from Malaysia itself. I drove from Singapore and covered the 230 km distance in just under three hours, with a couple of rest stops. From Singapore, you get on the AR Expressway all the way to the second link bridge between Singapore and Malaysia, and clearing immigration and customs there is a breeze. You’ll need a Malaysian visa, of course; having one beforehand saves time, but you can get one on arrival at the border crossing. Your first impression of Melaka isn’t likely to be overwhelming; it’s just like any other medium-sized town, with its malls and new high rises. You need to head to the centre of town, towards the old city, to really get an idea of the Melaka of old. There are some impressive churches (St Peter’s, St Paul’s, St Xavier’s et al) to see, and a visit to the Stadthuys is worthwhile.

The Melaka Sultanate Palace is another very impressive structure, a reconstruction of the original palace of the former rulers of Melaka. It’s now the Melaka Cultural Museum and is worth an hour or two. Jonker Walk is good fun if you don’t mind hordes of tourists, and apart from the Geographer Café there are a couple of other good bars and restaurants there. It’s worth checking out Famosa Chicken Rice Ball, a restaurant specializing in, well, chicken rice balls – they’re cheap and delicious. Melaka’s by the sea, incidentally; there are a couple of decent beaches just outside of town if you feel like a swim.
Heeren House (www.heerenhouse.com) is a great place to stay in Melaka. It’s an old house that’s absolutely charming. Other good budget hotels include Hotel Puri (www.hotelpuri.com) and Fenix Inn (www.fenixinn.com)