McLaren, the Surrey (England) based Sports Car manufacturer have confirmed that it's upcoming model of the Sports Series will be called as the 570S Coupé. To give an idea of its upcoming design the manufacturer have also teased an image depicting its rear profile. The all new car will be gorgeous yet aerodynamic and is coming to the light at the 115th New York International Auto Show. 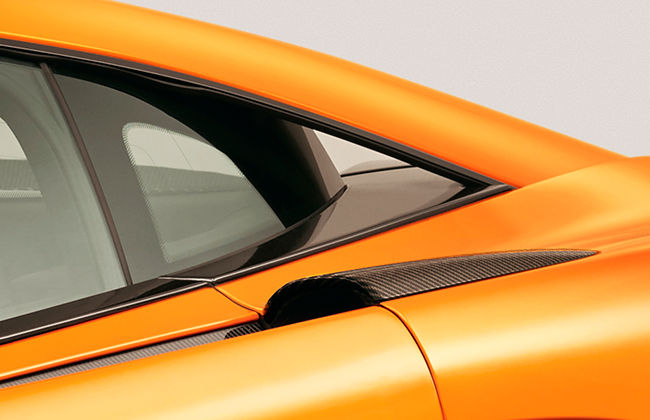 The upcoming car will be the very first of the Sports Series derivatives and McLaren will be displaying its three tier model strategy, making its world debut at New York. The Sports Series car will be sharing their DNA with the Super Series and Ultimate Series that sits at top of the McLaren range. It will be the first time when this supercar manufacturer have made a vehicle, 570S Coupé, that implies its pioneering race-derived technologies in the sports car segment. While the nomenclature of this car derives its roots from the 650S as in this case also 570 stands for the power output of this McLaren, that is 570PS (562 Bhps).

The teased image shows a carbon-fibre scoop sneaking out of the rear wheel haunch and a flying buttress design that will contribute massively to the aerodynamics of this cracker. Furthermore, there will be more images and details coming from this European manufacturer while the global reveal will take place at the McLaren press conference in NY at 1455 hours EST (19:55 GMT), Wednesday, 1 April 2015.