Mclaren is all set to nail the Geneva Motor Show. To give a punch to its lineup, the British carmaker will be showcasing the recently launched 570GT in its Sport Series. The two-seater automobile is the third addition to Mclaren Sports family. Previously, 570S Coupé and 540C Coupé were added to the same.

Looks of the car are something which no automobile enthusiast can afford to miss. The standard glass panoramic roof provides an illuminated and spacious cabin to the four-wheeler which also gives the occupant that very luxurious feel, he is looking for in a Mclaren. Known for making high performance vehicles, the automaker time has tried its best to keep the 570GT ready for everyday use. The interior quality and upgraded features provided inside, just make sure it is Mclaren in every sense. 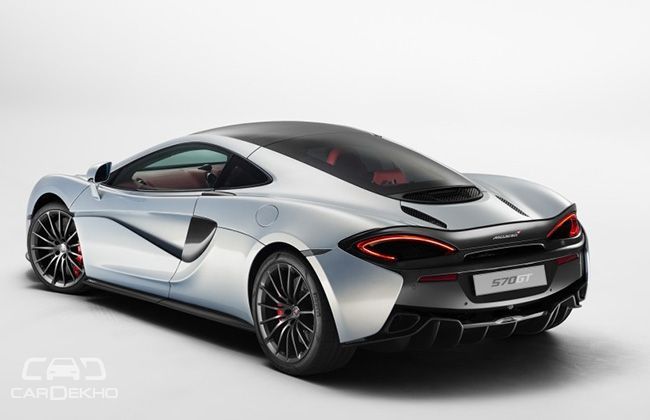 McLaren Automotive has a partnership with Pirelli tyres. 570GT has taken advantage of this tie-up and employs the Italian firm’s  latest tyre technology. The vehicle gets the specially developed Pirelli P Zero™ tyres which helps to reduce the in-cabin road noise by up to three decibels. It is also equipped with Pirelli Noise Cancelling System, where road noise (from the grooves) within the tyre is further reduced as the tyres absorb vibrations and reduce transmission to the cabin.

The four-wheeler is powered by a 3799 cc V8 Twin Turbo engine which produces a humongous power of 562 bhp with a peak torque of 600 Nm. The figures are enough to take the car to a top speed of 328 kmph. It can do a 0-100 kmph sprint in stunning 3.4 seconds. Transmission duties are carried out by a 7-Speed SSG.

This superb piece of technology is priced at £154,000 in the UK and deliveries are expected to commence at the end of this year.