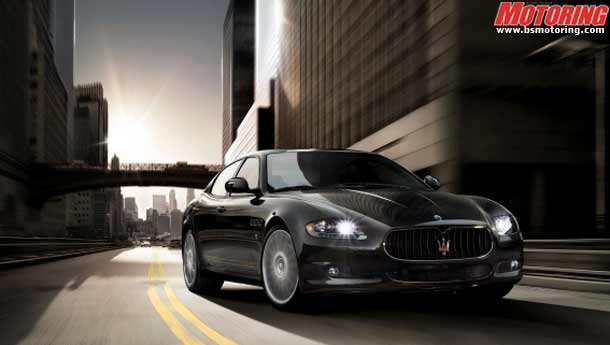 Maserati, the Italian luxury car maker, is betting big on India to triple sales in emerging economies over the next five years.

The company, the world’s second oldest car manufacturer, has commenced operations in Brazil, China and Russia. It records less than 10 per cent of its sales from BRIC countries (the above three and India) on Wednesday. By 2015, it says, it is looking at tripling this share.

Francesco Fabbiani, business development director, Maserati Asia Pacific, said, “The Indian automobile industry is the second fastest growing in the world. In our segment, sales have shot up by over 100 per cent for the last two years. With the introduction of the Maserati line in the country, we are aiming to achieve three-digit sales over the next three years. Overall, from BRIC nations, sales should go up to 30 per cent over the next five years.”

According to industry estimates, 800-1,000 premium cars of various makes, each tagged at a little over Rs 1 crore on average, were sold in India last year. Over the past six months, Swedish super car maker Koenigsegg and Volkswagen AG respectively launched the Agera (Rs 12.5 crore) and Bugatti Veyron (Rs 16 crore) in India, to cash in on a market known to have among the world’s largest number of millionaires.

Maserati on Wednesday introduced luxury sports sedan Quattroporte, and sports cars GranTurismo and Gran Cabrio, priced between Rs 1.2 crore and Rs 1.43 crore, in the country. These would be exclusively available through the Shreyans Group, to be delivered to customers within four months from the placement of orders.

In partnership with the Shreyans Group, the first Indian showroom of Maserati would open in Mumbai this year. A second dealership would come up in Delhi in early 2012. Ashish Chordia, director, Maserati

India, said “We are exploring other locations across cities like Ahmedabad, Bangalore, Pune and Chennai, to put in place another five dealerships by 2015.” Maserati sold a little over 5,600 custom-made cars globally in 2010. “I am confident the Indian function will play a significant role in building the Maserati brand. We will offer the full range of our products to customers in India,” added Simone Niccolai, managing Based in Modena, Italy, Maserati sells cars in 63 countries.