Maserati to launch Levante diesel in India in Jan 2017

Maserati will launch its Levante diesel SUV in India in January 2017. The car, which made its global premier at the 2016 Geneva Auto Show, is also the company’s first SUV. Built on the Ghibli platform, the Levante combines dynamic design language as seen on its sedans with an aggressive SUV stance. 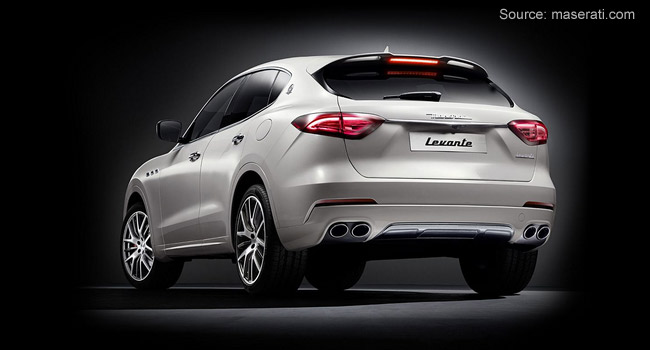 The SUV is powered by a 3-litre V6 twin turbo petrol engine. There are two states of tunes – 430PS and 350PS. The 275PS, 3-litre diesel as well as the petrol will be mated to an 8-speed automatic transmission and will come with Maserati’s Q4 all-wheel drive system. 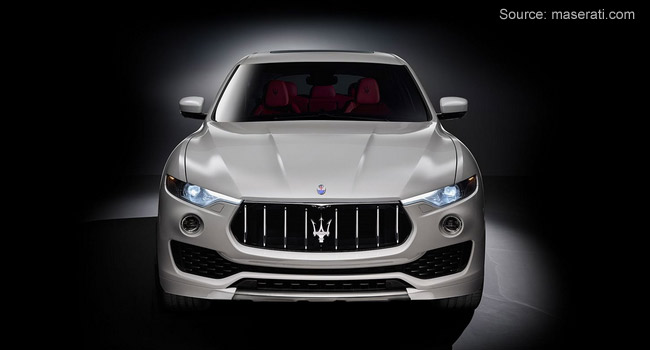 Based on a steel and aluminium chassis, Maserati claims that the Levante combines the on-road dynamics of a sedan with the performance of an off-roader. The carmaker will offer electronic suspension with controlled damping and air springs as standard, which will offer five ride height levels. Maserati has been producing the new SUV at its Mirafori plant in Turin.

While the price for Levante diesel in India is yet to be revealed, it is currently priced 75,900 CHF (approximately Rs 51.60 lakh) in Switzerland. The petrol variants will follow the launch of the diesel version in India at a later date.

The upcoming Maserati SUV will compete against the likes of the Range Rover or perhaps a segment higher.