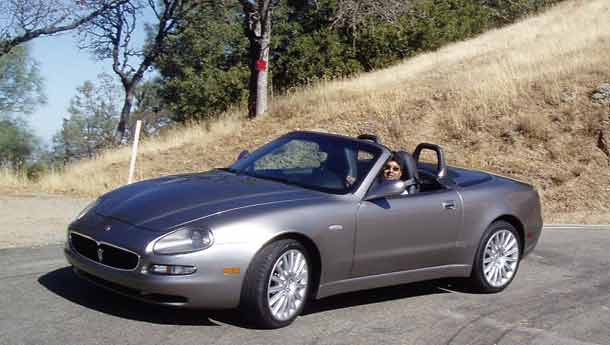 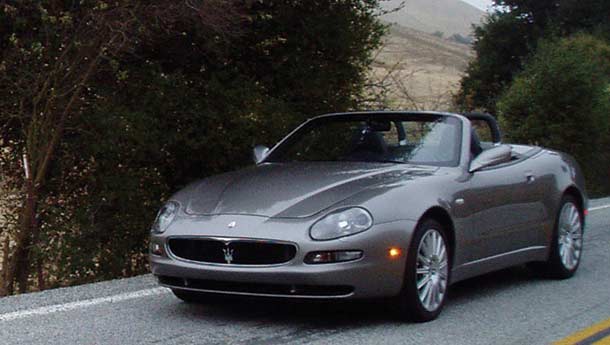 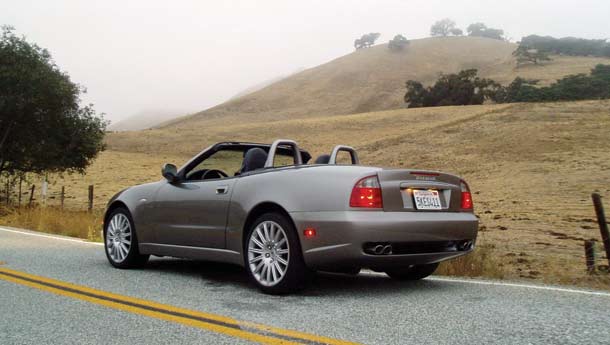 Imagine squeezing off immediate and violent upshifts via the steering-mounted paddles, one after another. The Italian four camshaft V8 singing marvellous notes on the way to its 7600 rpm redline, instantaneously changing from one gear to the next. Just like GranTurismo 4, except for the 390 bhp thrust that feels like a jumbo jet approaching takeoff speeds. I had a big smile on my face and was giggling like a two-year old. Have you ever wondered if any car is really worth a crore of rupees? I am now convinced that any car that can turn a male adult into a giggling kid is worth it, no matter  whether it costs a crore or several.

Maserati was founded in 1914. Their reputation was built producing magnificent sports and racing cars. After numerous ownership changes in the 1970s including Citroen and De Tomaso, that period of excellence came to an end in the 1980s. Fiat Auto came to the rescue in 1994 and within a few years, handed the reigns over to Ferrari. Ferrari had a desire to increase their volume with more practical cars but did not want to dilute their brand. Maserati was the answer, an everyday Ferrari for a bargain price. The exotic materials used to bring down weight along with a corresponding increase in cost were dropped, resulting in a porky 1,750 kg kerb weight. The engine is close to the real thing from the 360 Modena. Ferrari increased the displacement a little and the tune is slightly less radical. Although it is much quieter and does not wail like a Ferrari, the sounds are surely Italian. The Maserati Coupe and Spyder were designed by none other than Italdesign. The car is absolutely gorgeous. At the same time, it is not a Ferrari. It is beautiful to the eye without being a showoff. The easily measurable compliments/24 hours statistic was on the high side.

The interior is pretty stark, all black plastic of a decent quality except for the ornate analogue clock and chrome-ringed instruments. There is a full complement of features including power seats, navigation,  HID lamps, automatic climate control and power folding mirrors. The stereo sounds pretty decent but it’s no competition for the engine. The heater can cause global warming all by itself, which is always appreciated in an open car. There is a sport button on the console which speeds up the gearshifts, firms up the Skyhook active suspension and tightens the throttle response. The difference in all three areas is substantial, and I have verified that the button works as advertised. After satisfying my curiosity by turning it off for a few brief moments, the rest of the test was in sport mode. The fully lined soft top is as quiet as a hardtop when raised. Other than pressing a button, the power mechanism requires no human intervention. There is no manual header latch or boot. It is a real treat to watch the folding top in action as it disappears under a hinged metal panel that dances along with the top during operation.   As I was driving the car, the #1 thing going through my mind was prayer. I’m not usually religious, but extraordinary circumstances call for extraordinary action. Despite the car being an innocuous grey, I was praying that there were no cops in sight or within earshot of the wailing 4244cc Ferrari V8 and the chirping tyres. Typically in powerful cars, I do not pop the clutch violently enough to spin the wheels. They usually have enough power to get the job done without resorting to such tactics. The Mazda MX-5 is not a powerful car in my opinion, hence you’ll forgive the teenage tendencies including but not limited to chirps on every shift and engine screaming at redline all day long.

Earlier in the day, Jeff Spangler from Club Sportiva walked me through the Cambiocorsa. ‘Cambio-whatsa?,’ I exclaimed as he explained how the Ferrari F1 paddleshift would essentially operate the clutch for me. The transmission controls are alien. There is no clutch, nor is there a shift lever. There are two paddles on the steering wheel. ‘Up’ on the right and ‘Down’ on the left. Neutral is engaged by pulling both at the same time. A small lever on the centre console engages reverse. There are an additional two buttons next to this lever. One selects winter mode for slippery conditions and the other engages the transmission auto pilot so that it performs like a traditional automatic. You will find this button useful when you receive a call on your mobile. They should include this feature on all manual transmissions. It would be quite convenient, wouldn’t it? As I was signing on the dotted line taking responsibility for the car for twenty-four hours, I casually mentioned that since I was not operating the clutch, I could not be held responsible for rear tyre wear. Fair enough?

My usual modus-operandi is a ‘street start’. That means that I gingerly let the clutch out in first gear at low revs, get the car moving in gear and then promptly romp on the throttle shifting at or close to redline as smoothly as I can. This agrees with my sensibilities of maximum fun with minimal wear and tear. On the other hand, this contraption called the Cambiocorsa designed by none other than Satan himself had a different, more devious method. Full throttle starts result in a bit of wheelspin as the automated clutch engages. Within no time, the engine hits its 4500 rpm torque peak accompanied by a scream that can only be produced by an internal combustion engine manufactured by an Italian firm whose name ends with the letter ‘i’. At this point or slightly before, the poor tyres which have reached their limits of adhesion yield, emanate a screech that will alert all law enforcement personnel within three city blocks that an Italian hoodlum is on the prowl. The car gets just a little sideways for a brief moment until the Cambiocorsa bangs off the 1-2 shift at 70 kph. Once again, traction proves to be a scarce resource as your brain struggles to respond to triple digit speeds just five brief seconds after the light turned green. You can’t afford to be distracted from the task at hand as you violently engage third gear at 110 kph with yet another protest from the tyres. Engaging the top three gears in the six-speed box at lower revs resulted in violent shifts also. Top speed is a claimed 290 kph. I was unwilling to gather any data to support or disprove their claim.   Most traction control systems are overly intrusive and get triggered at the very hint of slippage. I have driven many sports cars with traction control that really stifles the power if driven aggressively, especially on the 1-2 and 2-3 shifts. Maserati claims the system allows a certain amount of slippage before activating, so it does not stop you from having fun. Translation: We believe in allowing you to wet your pants before the traction control engages. I did not feel compelled to turn the traction control off at all and it never reared its ugly head while the car was in my possession.

The throttle blip accompanied downshifts are addictive and loads more fun than using the brakes. The sounds emanating from under the hood during high rpm downshifts attract all sorts of attention. If you slow down and forget to downshift, the Cambiocorsa will downshift for you gear by gear as you slow down. The Maserati pulls very well at low rpm. Acceleration is adequate in sixth gear at 60 kph which is the lowest speed that top gear will engage.

The Italians are less than perfect in many areas. Fortunately, for the rest of the world, food and suspension design are not on that list. As you drive faster on a winding mountain road, the car feels smaller and smaller. First gear has way too much torque to handle in these conditions, second works well at fairly low speeds. I struggle to comprehend how an Italian can make a car generate gobs of lateral grip and swallow small imperfections and potholes without a trace in the same car. This stellar ride quality was achieved in sport mode. Why bother with two modes when one is so well engineered? Unlike the mid-engine Ferrari 360, the Maserati Spyder has an engine in front with a rear transaxle resulting in a near perfect weight distribution. Porsche’s front engine supercar from the 1980s, the 928, used the same layout. The handling is completely neutral while driving on the street. Track conditions may bring out a different personality.

The Maserati Spyder is a luxurious two-seat convertible with Ferrari DNA. This is truly an automobile for the connoisseur with understated good looks. It’s a teleportation device that takes you to heaven and back for the bargain price of $100,000, plus or minus based on equipment. If the cheaper, heavier and more practical Maserati version is this good, I can’t wait to drive a 360 Modena. Dear Santa, Christmas is on the way and I know you are reading this. Bring it on!