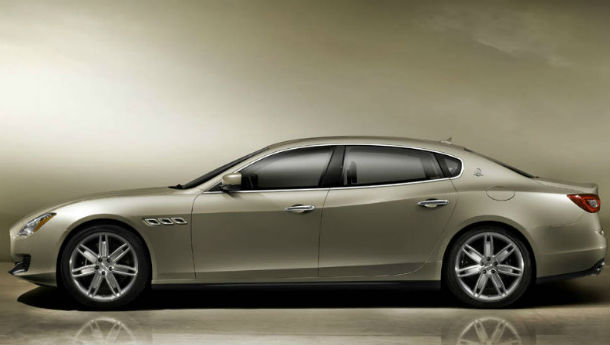 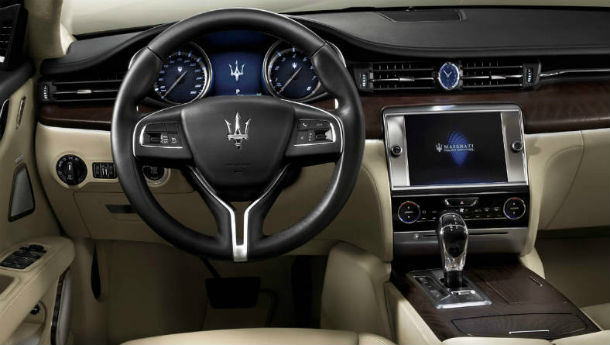 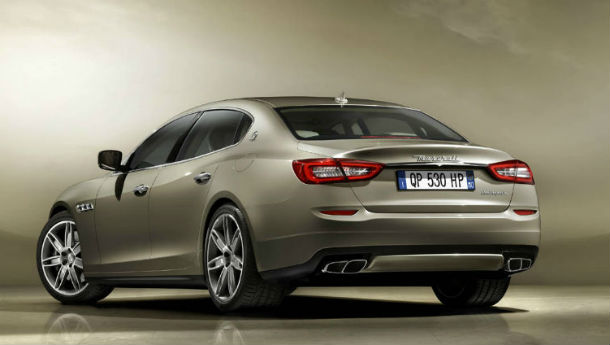 Maserati is pinning on 2013 to be the year when they make that big push into the luxury car space. Having sold under 7,000 cars last year, the brand is looking to push itself towards higher volumes as it contemplates a future that revolves more around four-seat, four-door models. With an aim to sell 50,000 cars a year by 2015, they don't just need to run, but strap on a jet pack and take that leap of faith.

First up, it's gone ahead and put the Quattroporte, its Porsche Panamera rivalling sports saloon through the recycle bin. These are the first photos of the car that will be officially launched at the Detroit Motor Show in January next year. Edgier, tighter and with more ironed out creases, the Quattroporte also appears to be longer. Details are sketchy since the press release doesn't say much, but logic would say that the increase in length would be a by-product of increase in interior space or vice-versa. The waist line is typically Quattroporte, but what it does is it reduces visual mass even more. The tail lamps design is new too and the numberplate probably suggests what's under the hood.

Ferrari, who manufacture engines for both Maserati and their own operations will continue to supply engines for the Quattroporte. There's no news about what's under the hood, but a guesstimate would say that it's a V8, either a 4.5-litre or 4.7-litre, producing in excess of 500 bhp for the S version. And for the first time, the Quattroporte will come with the option of AWD, the stock car continuing to be rear-wheel driven.

Expect a new automatic transmission as well, sourced from ZF most likely and with eight-speeds and driven by a single clutch in all possibility.

Apart from the Quattroporte, Maserati is planning to launch five other products in the next two years, including an SUV based on the Kubang concept and a smaller Quattroporte to take on the BMW 5 Series and Mercedes-Benz E-Class. Both these cars should hit showrooms before the end of 2013.